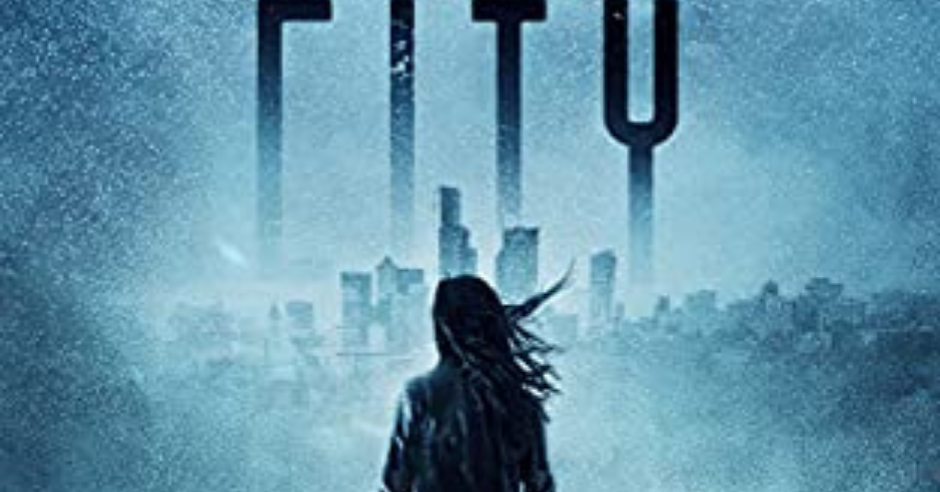 By Beth TablerJanuary 9, 2022No Comments

SHADOW CITY by Anna Mocikat is a genre blending post-apocalypse science fiction/fantasy. The world has been destroyed by the Glitch and is now bathed in an eternal hot darkness where humanity lives, scavenging for food, in a world under constant assault from mutants as well as demons. Thankfully, sort of, they have protectors in the form of vampires as well as cyborgs produced by a mysterious “Academy.”

The world depicted by the author is one that feels very much like an open world video game ala Fallout with multiple feuding factions in a specific sealed off area. The setting in this case is the ruins of Los Angeles where the humans live in uncomfortable obligation to their “guardians.” A religious cult has already emerged among the survivors to go against the inhuman among them, no matter how much danger that would put the remainder of mankind in.

It is in this environment that Colton emerges naked and confused, literally. An amnesiac superhuman, Colton swiftly proves stronger than a vampire but seemingly completely human. This results in him swiftly becoming the “hero” of the survivors despite no one can say who he is, where he came from, or how he got there. Least of all, Colton himself.  He is far from the only POV character, though, and we learn about the settlement from multiple perspectives.

I was especially fond of Eurydice, a vampire who has chosen to ally with the Dark Ones. In the final days of humanity, there would be someone who would just wants to see the remainder of mankind burn. After all, there doesn’t seem to be much hope for humanity so using the last days as a place to settle old scores is distressingly human. Except Eurydice quickly finds out there are a few reasons left to continue fighting for mankind.

This book is probably best taken as the wild and surreal ride it is with its weird competing groups and strange personal interaction. Much of the book is Colton learning about the nature of the new society and also being unwillingly elevated to the status of humanity’s messiah. However, there’s plenty of other perspectives like Vincent, a body-hopping alien spirit that is wearing the corpse of a recently slain human. Did I mention this book is strange?

Shadow City in addition to Fallout, reminds me a lot of Peter Clines’ Ex-Heroes, which is about a bunch of superheroes guarding human survivors in a zombie-ridden Los Angeles as well as In the Company of Death by Elisa Hansen. Post-apocalypse worlds are very often focused on a small group of characters as well as the surreal changes to familiar surroundings. In this respect, I really enjoyed Shadow City.

In conclusion, this is a pretty fun book and a wild bizarre ride. As an homage to crazy video game settings, it works really well and entertaining from start to finish. Colton is a somewhat generic character with his lack of a past and wide eyed naitivity but he’s compensated for by a cast with many more oddball quirks as well as personal issues. I’m definitely going to read the sequel and hope it becomes a full-fledged series.