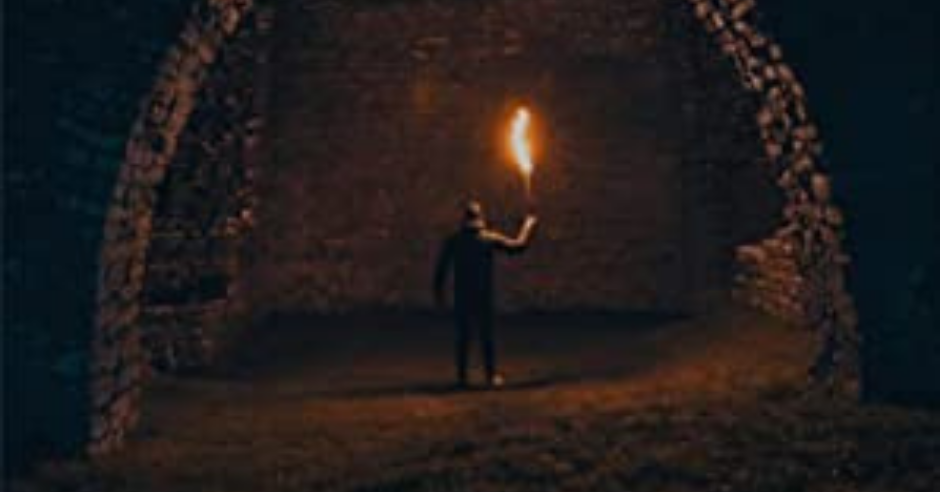 This is a special little book.

What is Rescued by The Married Monster Hunters About?

Vessel is a creature living in a dimension-hopping dungeon. His destiny? Working for his colony until he outlives his usefulness. But secretly, Vessel engages in acts of rebellion: he mercy-kills human prisoners meant to feed the colony’s parasitic larvae. When a doomed human prisoner, Clarien leaves Vessel a diary about his life as a monster hunter, it opens Vessel’s eyes to a possible new life. But when his kindness to humans is discovered, he’s sentenced to a brutal, slow death.

Rhys and Sera are monster hunters, graduates of a school that takes in disabled children cast out by their families and gives them powers and training. Although they have an open marriage, nothing lasting has come of it. When clearing out a dimension-hopping dungeon, they find a young hunter named Clarien who’s been left to die by monsters. Catching feelings while taking care of him isn’t something they planned on.

However, the man they know as Clarien is Vessel, who’s taken on the first Clarien’s identity using his diary as a guide. Pretending to be human is hard, though, and he’s started having strange feelings for Rhys and Sera that he has no idea how to interpret.

Feelings that scare him with their intensity. Feelings that might not matter if Rhys and Sera find out that he’s the sort of creature they hunt…

This book features a trans character in a setting where being trans is no big deal, badass disabled monster hunters, an enormous gruff swordsman who would do anything for his adorable bard, a back brace that doubles as armor, and a soft bisexual eldritch abomination learning what love really is.

Someone on Twitter recommended this book as a good example of monster romance, and as soon I saw the title I was hooked. Rescued? By the Married? Monster Hunters? Sign me the fuck up! The book is described as “a hurt/comfort fantasy romance,” which, once again, what’s not to like? I’m not going to lie: this is a weird book, and it’s definitely not for everyone, but if you’re anything like me, it might be just the book you’re looking for.

The main character, Vessel, is an underling in an interdimensional dungeon, subservient to the more powerful Denizens who run the place and plot raids on the human world when they’re able to get an anchor to hold them in place. And of course there are these roving monster hunters who try to keep them in check, the timeless struggle between the uncountable monstrous hordes and the valiant humans who slay them. Vessels sometimes have to serve as hosts for the Denizens’ children, which burst from their chests, killing them, only to be born again, most likely into continued servitude. It’s a grim world, but Vessel is…different than the rest. When the Denizens capture a human Hunter and torture him, Vessel finds himself sympathizing with the poor human. He wants to know more about the human world, with its blue skies and grass and flowers and beings of such beauty as this Hunter.

His relationship with this Hunter is a tender, precious gift, opening his mind to things he’s never been allowed to dream of. But it brings him trouble, which tends to compound itself when you’re a lowly Vessel, and he soon finds himself on the outs with his society, only to be—you guessed it—RESCUED BY THE MARRIED MONSTER HUNTERS. Since it’s the title, it’s hardly a spoiler, and the relationship that forms between the three of them is the main reason I’m writing this review.

Vessel hurts, for reasons I can’t reveal due to spoilers. His whole body hurts, all the time, but when he’s around them, he hurts less. He’s been a nobody all his miserable, short life, but to them, he’s someone special, someone they want to take care of. And possibly make sweet monster love to, WHO KNOWS? There’s literally only one bed, so anything can happen.

His discovery of love, of being comforted, of offering comfort to others, kept me going throughout the book. The writing of Vessel’s blossoming romantic feelings is often jaw-droppingly gorgeous:

These shivers like tasting an earthquake between his legs, the way his chest felt tight as if his clothes were too confining, the way every breath seemed to carry their scents to his mouth—

The pace lagged a little during the parts about fighting—the married monster hunters (MMH) spend time running through the dungeon, hacking up monsters, like one does, with Vessel at their side. The fights aren’t much as action sequences; they’re more like ways to demonstrate Vessel’s emerging relationship with the MMH and his conflicted feelings about his culture and the friends from his dungeon life. The book shines when he and the MMH are together away from the dungeon, them helping him through bouts of intense pain, showing him gentleness and love. And he, in turn, desires nothing more than to protect them. As powerful as they are, they each have physical disabilities they have to cope with, so all three of them comfort and support each other.

Which is delightful, since they’re the badass MMH, and while he has some powers, he’s no hero, though there is some spoilery confusion on that point. His imposter syndrome is hella relatable, and the way the MMH give him strength and reassurance, comfort for his hurt, was a balm for my reading soul.

His shame at his monstrousness, at his lowly status, the way he’s been treated all his life—they make it go away.

He hadn’t even noticed that shame was there until it was gone. That gnawing feeling low in his belly that told him he was doing something terrible being alive, that his very existence was an affront to all decent people, that he ought to apologize to the floor when he walked on it.

The book’s fantasy plot, the dungeon plot, is a little flimsy in spots, and the book could have used a bit more editing, but it’s a fun world with lots of great details to enjoy, so long as you’re not expecting an epic level of worldbuilding or a grand adventure arc. It’s a bit episodic from that perspective, which makes sense, given its dungeon theme. The dungeon is a plot device, like in a D&D adventure, and the accumulated weight of all that fighting and struggling together solidifies the bonds at the core of the book. It’s the character arcs that matter, especially the romantic ones—this is a fantasy romance after all. That’s what we’re here for. And on that count, it delivers in a beautiful, touching, and uniquely satisfying way.

This is a special little book. Not a perfect one, nor a grandiose one, but I highly recommend it for readers who like queer fantasy romance with a little light monsterfucking (and even more monstercuddling) and some great hurt/comfort vibes.

Check Out Rescued by the Married Monster Hunters