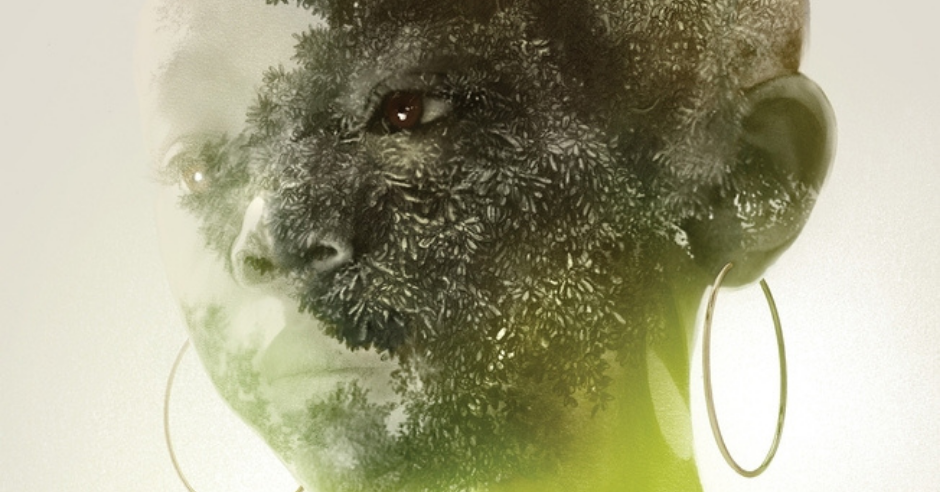 “Sankofa smiled, glad that he had not run like his sister. She hated when that happened. It always made her feel that ache she worked so hard to mute.””―

The new book by Nebula and Hugo Award-winner, Nnedi Okorafor.

“She’s the adopted daughter of the Angel of Death. Beware of her. Mind her. Death guards her like one of its own.”

The day Fatima forgot her name, Death paid a visit. From hereon in she would be known as Sankofa­­–a name that meant nothing to anyone but her, the only tie to her family and her past.

Her touch is death, and with a glance a town can fall. And she walks–alone, except for her fox companion–searching for the object that came from the sky and gave itself to her when the meteors fell and when she was yet unchanged; searching for answers.

But is there a greater purpose for Sankofa, now that Death is her constant companion?

Remote Control by Hugo Award-winning author Nnedi Okorafor is a timeless story. This story’s narrative is at home in a world of dust and mosquitoes of rural communities of Ghana or at home in a big city with cars and mobile phones. It is told in parts like a fable complete with a companion fox. Other times, the stories’ fable-Esque tones are intruded upon by very current problems like being snatched off the road or getting hit by a truck. In both types of storytelling, Sankofa is the same. A girl out of time and adopted daughter of death. She has too much power and not enough experience using it. Thankfully Okorafor never brings the narrative down by finding comedy in Sankofa’s mistakes. There is no pratfall type of jokes here. Instead, the story has a level of sophistication, once Fatima, now Sankofa’s journey is reclaiming a gift given to her by the stars and using the power given to her by someone or something wisely. But most of all, the seed is hers, and it is wise to stay out of her way.

The story starts two-fold. In chapter one, we are introduced to a woman named Sankofa; a pure red fox follows her. She is dusty; her leather sandals slap the road. You get the impression that Sankofa has walked many streets, kicked up a lot of dust. The animals in the trees take no notice of her as she strolls. She is fourteen years old, but she is far wiser than her years.

A young man is leaning against a tree smoking a cigarette at the site of Sankofa. “Sankofa is coming! Sankofa is coming!” There are terror and urgency in his speech. People peak out of windows and out of doorways. People yell, “Beware!” The only question I have at this point is, “who is Sankofa? and “How is a fourteen-year-old engendering so much fear for these people?” Because you are terrified of this little girl walking down the street, but you don’t know why. Such is the beauty and strength in Nnedi Okorofor’s writing. In two pages, she effortlessly had me feeling terror and dread at who this little girl is. Yet, in none of the text, is there anything that portrays that idea. She is just a girl, isn’t she?

The people of the town bustle about her; Sankofa looks around and finds the wealthiest looking home, walks up, and knocks on the door.

“She lifted her chin, raised a small fist and knocked on the gate’s door. “Excuse me, I would like to come in,” she called in Twi. She wasn’t sure how far she’d come. Better to stick to the language most understood. Then she thought better of it and switched to English. “Gateman, I have come to call on the family that lives here.” When there was no response, she turned the knob. As expected, it was unlocked …Then he turned and spat to the side, making no move to escort her to the house. “Thank you, sir,” Sankofa said, walking”

A stunned family greets Sankofa. “I would also like a change of clothes,” Sankofa said. “I have been wearing these garments for a week.” The woman smiled gratefully and nodded. Sankofa guessed the woman was about ten years her senior, maybe even fifteen. “Something like what you are wearing now?” the woman asked. Sankofa grinned at this. “Yes, if possible,” she said. “I like to wear our people’s style.” The woman seemed to relax. “I know. We all know.” “My name is known here?” Sankofa asked, the answer being obvious.”

This girl is known and feared. Enough so that she can walk into a stranger’s house and eat food and be dressed in prepared clothing if she deigned to stop by. At this point in the story, you are grabbed and reigned in. You want to know more about Sankofa. Who is she? Why does she have this immense power? And what is she searching for? And, through Okorafor’s beautiful gift in storytelling, we are given answers, some we might not have been prepared for. But answers none the less.

Then the story reverts back to the very beginning, to Fatima. To how all this happened and how Fatima became Sankofa. We journey with this young girl of seven and watch her age in both years and wisdom until the two narratives collide and Sankofa is 14.

Okorafor’s is a master of the shorter novella style story. She creates a tight and crisp dialog and ideas that are full of descriptions so accurate you can smell the dust in the air. There are no wasted words or ideas; everything she writes is purposeful. And, just like her Binti stories, the dialect and prose flow like water or fall like rain. You are these characters. In the case of Sankofa, you are immersed in her and why she feels the fear of the unknown. You are in her when she feels gratitude to the townsfolk, and most importantly, you are in her as she feels rage at anyone who stands in her way.

It is a beautifully written burst of a story. It is full of so much joy, love, and power, and by the end of it, there is some resolution, although it might not be what you would think.

Nnedi Okorafor is the queen of Africanfuturism. Binti is a work of art and one of my favorite series I have read in the last few years. Also, her short story Hello Moto, and the comic Shuri. You cannot go wrong by picking up all her work and binging it, Remote Contol included.

Check out Remote Contol so that you can love it as much as I did.