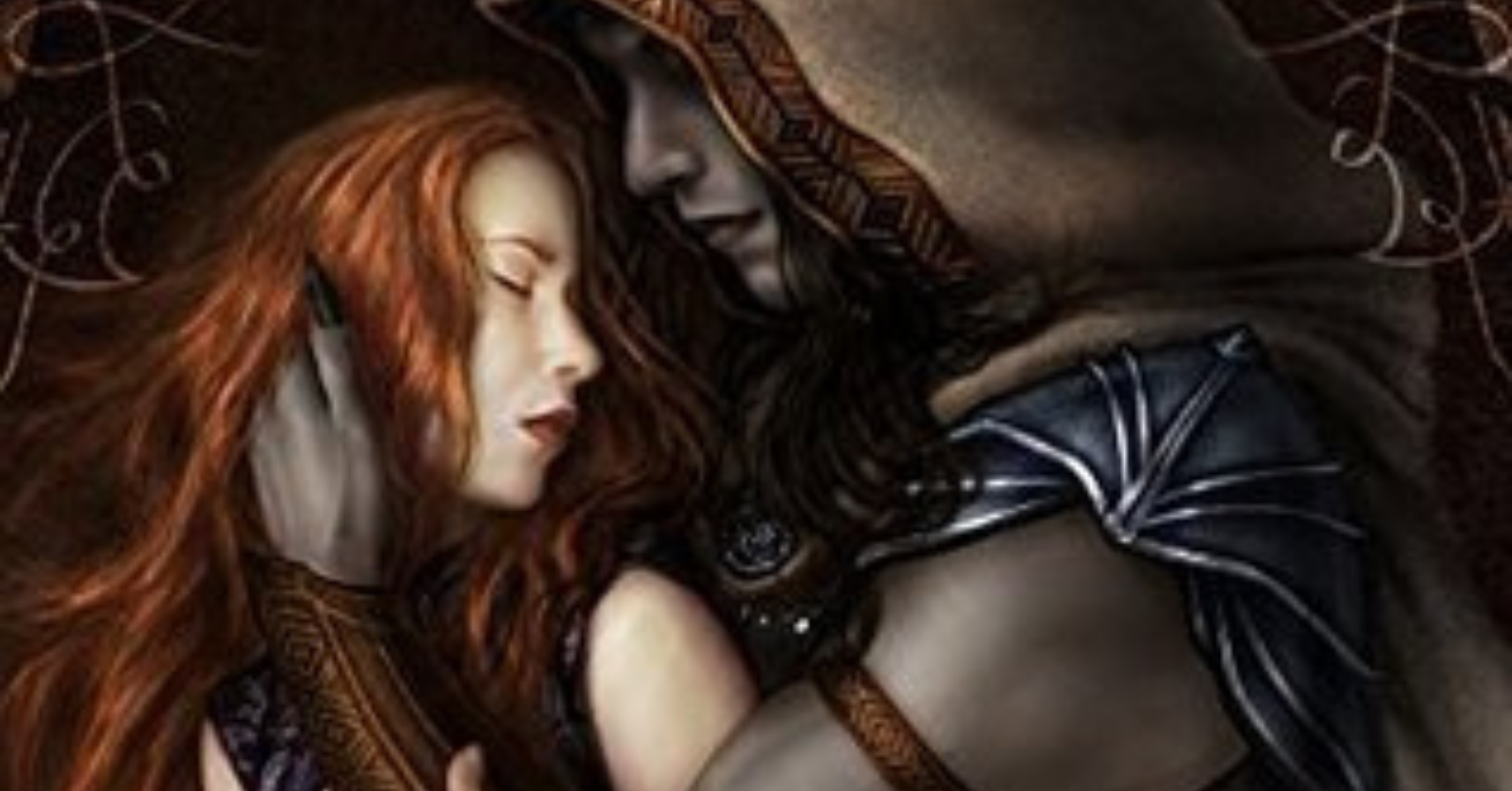 A gorgeous fantasy romance where arranged marriage meets friends to lovers in a delightful twist on the Beauty and the Beast concept.

Radiance by Grace Draven is a near-perfect fantasy romance that hits all the right tropes while creating something new and beautiful. It does a great job balancing light and dark both literally and figuratively, though a few moments are so dark I went looking to see if I’d missed content warnings because they are both things I prefer to avoid, or at least be aware of before jumping in. There are no such warnings in the book, so I’ll offer them to you here:

With that off my chest, let me talk about how much I loved this book. It follows a predictable structure—this is a romance, after all, and no slight is intended because I’m 100% here for it—in which members of two warring kingdoms are forced to marry as a way to ensure peace. They develop feelings for each other over time and survive multiple dangerous situations to live happily ever after. I’ve read several books with this exact pattern, but this one stands out because both the romance and the fantasy are fully developed and deeply intertwined, then wrapped in a layer of lush prose that is as swoon-worthy as the budding love between Idilko and Brishen.

Let me drop the book’s Goodreads summary here, for context:

The Prince of no value
Brishen Khaskem, prince of the Kai, has lived content as the nonessential spare heir to a throne secured many times over. A trade and political alliance between the human kingdom of Gaur and the Kai kingdom of Bast-Haradis requires that he marry a Gauri woman to seal the treaty. Always a dutiful son, Brishen agrees to the marriage and discovers his bride is as ugly as he expected and more beautiful than he could have imagined.

The noblewoman of no importance
Ildiko, niece of the Gauri king, has always known her only worth to the royal family lay in a strategic marriage. Resigned to her fate, she is horrified to learn that her intended groom isn’t just a foreign aristocrat but the younger prince of a people neither familiar nor human. Bound to her new husband, Ildiko will leave behind all she’s known to embrace a man shrouded in darkness but with a soul forged by light.

Two people brought together by the trappings of duty and politics will discover they are destined for each other, even as the powers of a hostile kingdom scheme to tear them apart.

I mentioned Beauty and the Beast earlier, but in this version, Idilko and Brishen both consider each other to be monstrous. Idilko is human and Brishen is Kai—a gray-skinned humanoid with claws and teeth and iridescent eyes. Their meet-cute takes place in the palace garden right before the wedding, where they’ve each gone to be alone, though since they haven’t met, neither knows who the other is. They strike up a pleasant conversation, which includes this gem of dialogue between them:

And when Brishen asks how she finds him, she replies:

“Had you crawled out form under my bed when I was a child, I would have bludgeoned you to death with my father’s mace.”

Clearly, they were meant to be with each other. They don’t realize this for some time, of course, but they quickly develop a warm friendship, appreciating each other’s qualities while slowly becoming inured to the horror of their partner’s physical appearance. A simple enough premise, and one that could easily have felt cliché, but Draven’s character work and skill with words had me immediately invested in this couple and wondering how long I would have to wait for them to get together. It’s part of the fun of reading romance, and a skillful writer makes you forget to be impatient and lose yourself in the story, which is exactly what happened to me.

The plot itself is rather typical—I even commented to my wife at one point late in the book that there were just enough pages left for one more assassination attempt and one more sex scene, and I was exactly right. It’s a comforting formula in uncertain times, but the formula does not make the romance. The relationship does, as well as the prose, and if we’re really lucky, we get nifty world-building that not only provides beautiful scenery for our journey but also enhances the romance. Radiance has precisely that X factor, which I hunger for in fantasy romance: a fantasy world that draws you in just as much as the romance.

It’s not Tolkein-level worldbuilding, but we don’t have time for that anyway. What Draven gives us is a world of beautiful symmetry between light and dark: the humans live in the daytime world, while the Kai thrive at night. The human palace gardens are ugly to Kai, not only because of the blinding sun, but because they lack the exquisite beauty of the Kai’s lush night gardens. The Kai’s funerary ritual involves taking the light of the recently deceased and returning it to their family, and it’s one of the more moving parts of the book. Draven didn’t need this detail to make the romance work, but she needed it to make me fall in love with the fantasy, which is exactly what she did.

The worldbuilding feeds the romance as well, as Idilko has to adapt to a different sleep schedule to live with the nocturnal Kai. She must overcome huge differences in food and etiquette, along with language and dress and everything else, and this cultural adaptation was fascinating to read, with just enough detail to make it work without bogging us down in minutiae. Idilko stands on her own and makes a place in an unwelcoming Kai court, forcing her detractors to respect her through strength of will and political savvy. Kudos to Draven for getting me invested in courtly intrigue, because that rarely works for me, but I was totally into it!

All of this forces Idilko and Kai to work together, and their respect for each other grows and threatens to become something more. The pace of their relationship development is spot on, giving you just enough right when you need it. I’m not usually one for slow-burn, though it can be hard to avoid, but this was just perfectly paced for me. It’s truly a delight to read a friendship blossoming into love even as the machinations of the plot threaten to sunder the two before they have a chance to really make it work. And when they pass through the storm and finally admit what they’ve been pretending to ignore for far too long, the payoff needs to be worth it.

I’m talking about smut now, because we all need to know this going into a romance.

I won’t lie—I checked out some reviews to see how spicy this book was, and I gleaned enough to know it wasn’t going to be a let-down. The sex scenes are great, hot and steamy and thick with that emotion that’s been building up all book. I could have used maybe one more, but I’m greedy like that. It’s not going to scar you if you’re not into super explicit stuff, but Draven writes hella good smut, in this reader’s humble opinion. Here’s a little taste for you:

“Idilko came apart in his arms, her body flushed and hot, and arched until he thought he’d hear her spine crack.”

It gets more explicit than that, but I think that gives you a sense. It’s excellent.

As is the whole book, really. Radiance is a pitch-perfect fantasy romance that weaves classic material into something new and delightful. As long as you’re okay with a bit of spice and a few really dark moments, you should shove this book to the very top of your TBR because it’s fantastic.

Look for my interview with Draven in the next week!

Buy it on AmazonAdd it on Goodreads