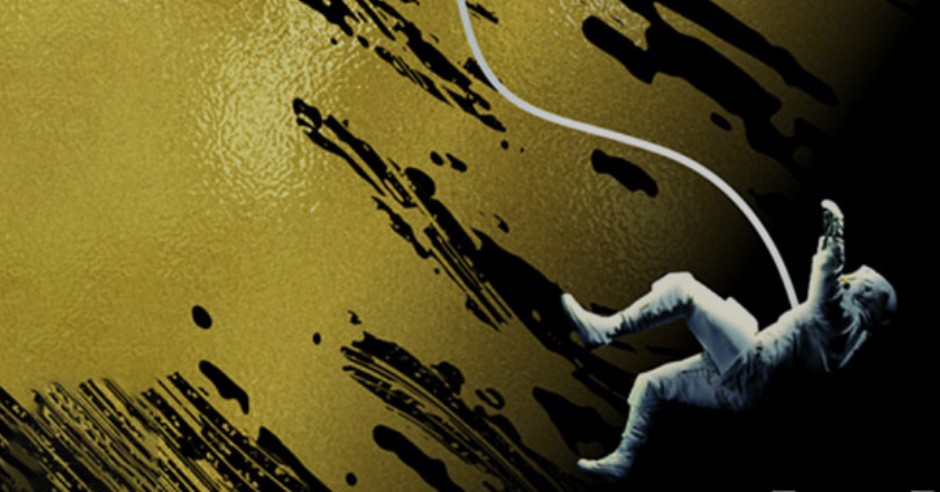 It is going to take a lot to save us 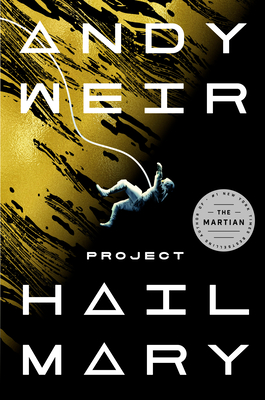 Ryland Grace is the sole survivor on a desperate, last-chance mission–and if he fails, humanity and the earth itself will perish.

Except that right now, he doesn’t know that. He can’t even remember his own name, let alone the nature of his assignment or how to complete it.

All he knows is that he’s been asleep for a very, very long time. And he’s just been awakened to find himself millions of miles from home, with nothing but two corpses for company.

His crewmates dead, his memories fuzzily returning, he realizes that an impossible task now confronts him. Alone on this tiny ship that’s been cobbled together by every government and space agency on the planet and hurled into the depths of space, it’s up to him to conquer an extinction-level threat to our species.

And thanks to an unexpected ally, he just might have a chance.

Part scientific mystery, part dazzling interstellar journey, Project Hail Mary is a tale of discovery, speculation, and survival to rival The Martian–while taking us to places it never dreamed of going.

“Stupid humanity. Getting in the way of my hobbies.”―

Andy Weir, the author of The Martian and Artemis, brings us another dose of science fiction fun with Project Hail Mary. And when I say fun, I mean fun. His stories aren’t light and fluffy, his protagonists are flawed, but his characters have an optimistic quality that helps balance out some of the dark in life. I get a lot of enjoyment from reading his stories, and Project Hail Mary is no exception.

“When I’m stressed out, I revert to imperial units. It’s hard to be an American, okay?”

I am relatively new to the church of Weir. Weir’s church? I started a deep dive on his projects last month, obviously starting with The Martian. It is the most known of his stories and was made into a big-screen movie starring Matt Damon that won a slew of awards. What is so incredibly cool about Weir’s personal story is how The Martian came about. The Martian started as a serialized novel. Chapters were appearing daily on Weir’s website, where his 3000 followers vetted the science. It became so beloved that Weir took it and put it up on Amazon as a .99c story. It became a bestseller, which then was made into a movie, then awards, so on and so forth.

Before any of the hoopla around The Martian, Weir wrote a short story called The Egg. It got a following, so much that some have started following it as a philosophy of life or religion a la L. Ron Hubbard. Much to Weir’s chagrin. It, too, was made into a short film and had 20 million hits on youtube. What I am saying here is that folks love his work. It resonates.

This brings us to Weir’s newest novel, Project Hail Mary that is releasing in May of 2021. The premise is thus, “Ryland Grace is the sole survivor on a desperate, last-chance mission—and if he fails, humanity and the earth itself will perish… it’s up to him to puzzle out an impossible scientific mystery—and conquer an extinction-level threat to our species.” Ryland is a brilliant and very ordinary person. There isn’t a glorious charisma about him. But he is an immensely likable character who faces the arduous task of saving the human species. Not only does he have to puzzle out how to save humanity, but he also has to do it with no memory. Alone. It seems like a very similar premise to The Martian, but it isn’t. The vastness of scale changes the dynamics of the story. Ryland has the fate of existence resting on his very confused shoulders.

Ryland is in many ways similar to Mark Watney. This is either because there has to be a little bit of open-mouthed awe and a general sense of optimism to be a scientist or astronaut. Both require an ability to believe that there is more out there and reach for it with both hands. Or, this type of character is one that Weir enjoys and understands. Some authors write snarky protagonists that quip their way through scenes. Weir writes intelligent, optimistic, and ridiculously resourceful scientists. I’d happily read either type. That overt sense of optimism permeates Weir’s writing, and sometimes a bit of happiness goes a long way.

“Maybe it’s just the childish optimist in me, but humanity can be pretty impressive when we put our minds to it.”

Much like The Martian, Project Hail Mary has a whole lot of science. That is Weir’s style. And, much like The Martian, it can get info-dumpy. But, I think it depends on how much you enjoy science, physics, and math. I appreciate those subjects, and Weir’s descriptions got me excited and interested in the idea that the story was theoretically possible. Knowing how much Weir enjoys science, I am betting much of it is possible. Maybe, not probable. But when the fate of all human existence hangs in the balance, humanity would do some crazy things.

Aside from the exciting plot, a significant part of this novel is the supporting characters. Without spoiling the story, one of my favorite characters was that of Eva Stratt. She is tasked with putting together the team, science, and space ship to save humanity. She is a bulldozer in high heels. But surprisingly, instead of going to type and making her a bitch, she is ruthlessly efficient. I would be intimidated to be around her but not because she was going to tell me off. More because she would be weighing and measuring my usefulness.

Project Hail Mary is a great story. It is filled with all the things that made The Martian great but added in a thrilling tale and another empathetic protagonist. It was delightful, and I plowed through it, finishing it off in one day. Come for the fun story; stay for the great characters.