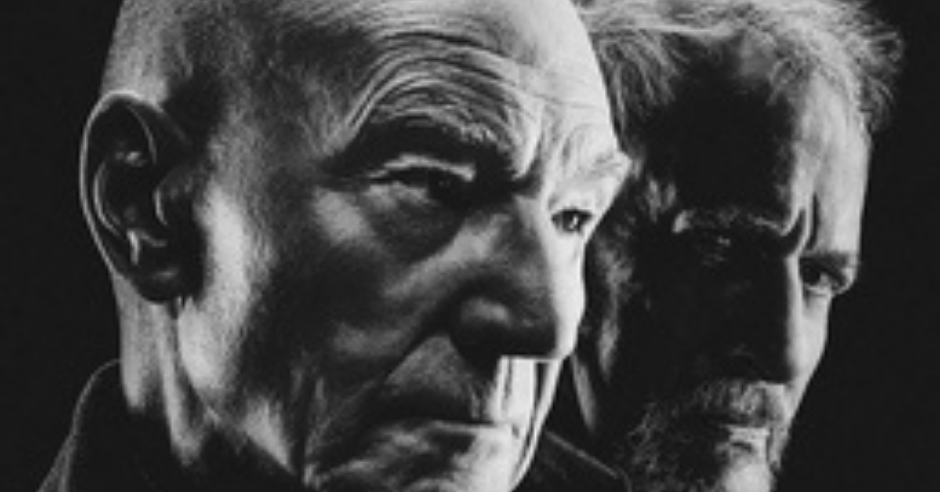 STAR TREK: PICARD Season Two is something that I was deeply looking forward to from the moment it was announced as I was a huge fan of Season One. My impression of that season was that it had an extremely strong start but stumbled due to episode length. We didn’t get enough follow-up on events and were left with more mysteries than answers. Basically, I wished they had done THE LAST BEST HOPE by Una McCormick as a two-parter to open it and added an epilogue to follow up on what happened after the events of the tenth episode.

Still, I was very excited for the return of the cast and seeing how they would deal with the consequences of the first season. Unfortunately, the answer to that is generally: not at all. I think Doctor Jurati being cleared of murder charges due to mind-control was the only subject matter that got addressed. What about the Zhat Vash? What happened to them? What about Admiral Oh? Narek? Is the Federation going to work with the Romulans tracking down the terrorists who burned both? How about the ex-Borg?

Instead, the series focuses much more on an entirely new storyline. After rejecting his employee, Laris (Orla Bradly) when she attempts to start a romantic relationship, Admiral Picard (Patrick Stewart, duh) is requested by the Federation to help with a First Contact scenario: a new race wants to join the Federation. Except, it’s not a First Contact scenario, it’s the Borg and things end disastrously with Picard blowing himself along with the rest of the heroes up.

Like a script editor, this will not do for Q (John De Lancie) and he restores Picard as well as his merry band of miscreants to life. He proceeds to put them in what appears to be a dystopian version of the Federation and from there, Picard must take Seven (Jeri Ryan), Raffi (Michelle Hurd), Rios (Osvaldo Ríos Alonso), and Doctor Jurati (Alison Pill) to the 21st century in order to somehow prevent things. Due to contrived but entertaining circumstances, they also bring the Borg Queen (Annie Wersching). Characters Sonji (Isa Briones) and Elnor (Evan Evagora) have vastly reduced roles.

Generally, the show swerves between zany comedy reminiscent of Star Trek IV (with several homages) to that story and deep traumatic introspection, which is not always consistent. Captain Picard remembers his father as an abusive monster to his mother and her as a saint but there’s a trick his memory is playing on him. I feel like the episodes might have benefited from picking a lane as it sometimes feels like they undermine each other’s tone. There are also some areas where the actions on screen contradict what we’re later told. For example, Q seems to be trying to achieve one thing in one episode before revealing that he was doing the exact opposite later (which is, admittedly, not out of character for Q).

On the positive side of things, I think John De Lancie has lost absolutely none of his touch and preserves all the things we love about Q. He’s Loki, Satan, and God all in one with a wide-eyed grin as he destroys everything for the greater good or saves everyone for his own twisted amusement. The few scenes he and Patrick Stewart have are fantastic and he’s also a bright spot in episodes where he deals with Adam Soong (Brent Spinner) or Kore (Isla Brione). Speaking of Soong, he is a bright spot in the show once they cast aside any moral ambiguity and just make him a straight-up Bond villain. Not every Star Trek antagonist can be misunderstood, and this transformation gives some higher stakes when the story has perhaps too many moving parts.

Indeed, the storyline is a labyrinthine web akin to one of Fox Mulder’s conspiracy boards and we even get an homage to said character in one episode. “We have to go back in time with the Borg Queen’s help to find the astronaut who needs to be on the mission that will create the Federation, but Q is causing her to doubt herself. If she doubts herself, this will create the Confederacy in which Adam Soong will be their spiritual leader. Oh and the Borg Queen is playing both sides. All of this is related to Picard’s traumatic childhood. Somehow. That’s not getting into every individual character’s subplots.” It is 99% explained by the final episode but weirdly reads like a George R.R. Martin plot despite being written for television not a book.

Thematically, the story is all about trauma and how we can’t lose hope that things will get better. That the current troubles we face in 2022 will be things that we eventually overcome and make a better world from as long as we’re understanding and willing to forgive. Except Silicon Valley tech billionaires. Don’t forgive or try to understand them because they’re completely awful. Borg Queens can be persuaded and negotiated with but not those guys. It’s an argument that I’m okay with.

Negatively, is just about anything to do with time travel. This is a mess even by the standards of Star Trek and I can’t help the season would have benefited from stripping out a lot of the extraneous fluff. “Picard goes to bed one day with his crew and they wake up in Evil Federation. Q then meets with them and says he’s let them keep his memories because it amuses him to see them try to fix things Days of Futures Past style. Someone how has gone back in time to muck with the past. Maybe another Soong creation or Borg victim. Stop him. *snaps fingers*). Ito Aghayere does a good job as young Guinan but it’s confusing to explain away Whoopi Goldberg’s aging but not hers. Also, the change from “Time’s Arrow.” I mean, it’s an easy fix. “My people go through periods of aging and de-aging due to our life cycle.”

Overall, I liked Picard season 2 a bit less than season 1 but still significantly more than a lot of Star Trek. The overcomplexity of the plot and “prestige television” format is something that I feel is hurting the shows, though, because they don’t have enough episodes to resolve all the plots. I also was disappointed with the ending for some of the characters. While I didn’t always like what they did, I say that the crew of the La Sirena is the one I like the most since Firefly‘s. I wanted a spin-off show with Rios or Seven as captain. Instead, most of them are very likely no longer going to be doing Star Trek by the end and that’s a shame.