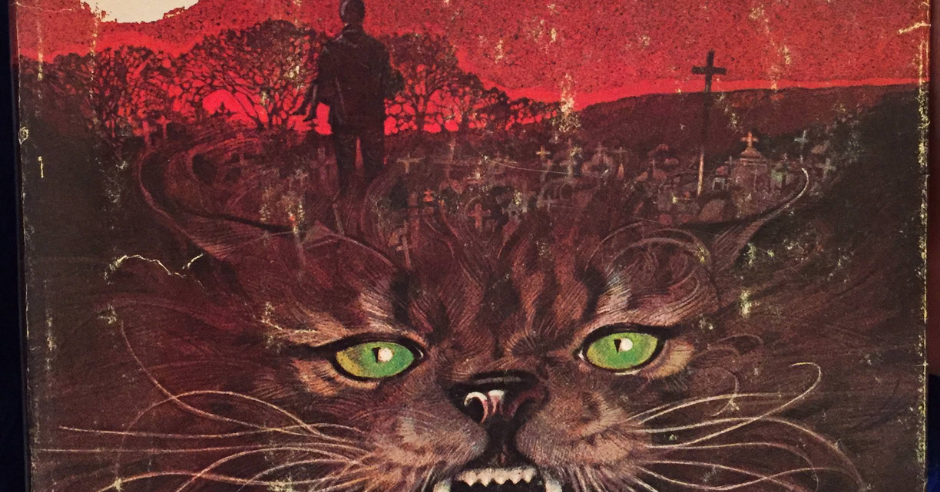 By Beth TablerOctober 16, 2021No Comments

Stephen King’s Pet Sematary plunges readers into a deep well of terror that provides a steady supply of eerie atmosphere, horrifying happenings, and a look into their effect on human relationships. The novel wrestles with death, grief, and human nature, bleeding dark themes onto every page. Pet Sematary transformed me from a hesitant first-time King reader to a horror rookie who can appreciate the power of scares and omnipresent creep-factor. Over the course of the book’s ~400 pages, I eagerly read from chapter to chapter hoping to learn something new about the characters, the small town Northeastern United States setting, and the mysterious goings-on that drive the story to an incredibly satisfying end.

Protagonist Louis Creed moves his family from Chicago to Ludlow, Maine on the heels of a job offer at a nearby university’s medical center. On the day of their move, Louis, his wife Rachel, and children Ellie (5) and Gage (2) meet their neighbor Jud Crandall. Jud’s lived in Ludlow his entire life, and he strikes a friendly, pseudo-father-son relationship with Louis. The two drink beers on Jud’s porch and shoot the breeze almost nightly, and Jud eventually brings Louis and his family to the eponymous Pet Sematary, a graveyard kept (and spelled, notably) by children for the pets they’ve lost, many of which were killed by trucks speeding down the main road where Louis and Jud reside. It’s after this incident that Pet Sematary reaches a boiling point that only rarely cools to a simmer. Rachel is visibly shaken by the place while Ellie is intrigued and starts asking questions about death. An accident at Louis’ medical office kickstarts a series of events that intertwines his life with the Pet Sematary and turns the creepiness up to max volume. Turns out Native American burial grounds don’t take kindly to being trifled with–but that’s all I can say before giving away the book’s juiciest and scariest moments.

“And the most terrifying question of all may be just how much horror the human mind can stand and still maintain a wakeful, staring, unrelenting sanity.”

King’s shining prose won me over almost immediately, cementing Pet Sematary as a quality reading experience. He condenses lofty ideas into short, digestible sentences. He keeps the reader interested with effortless descriptions of Louis’ train of thought. He introduces supernatural elements so smoothly that they feel tangible. It feels dumb even typing this about an author who’s written more than 50 novels, but it’s true. Every paragraph serves a purpose, whether it’s exploring a motif or driving the story forward at a breakneck pace–there’s nothing missing here, nor is there any excess fat. King weaves his tale with Goldilocks-zone accuracy: it’s juuuuust right.

That paragon prose empowers King and his story to present vivid imagery and starkly accurate portrayals of family life, friendships, grief, death, and sanity (or lack thereof). Pet Sematary, told through the lens of Louis Creed’s psyche, offers a darkly radiant panorama of addled minds and the power of death over the human brain. As the nefarious events of the novel unfold, each character deals with them in ways that feel undeniably true to form. When death pops up around a corner, Ellie, a child, grows curious. Rachel remembers the traumatic death of her sister. Louis and Jud tell each other stories and do their best to keep one another afloat in grief-stricken waters. Every relationship and conversation in Pet Sematary rings with authenticity; never once did I feel disconnected from the novel due to a stray cheesy line or over-the-top description. Just as he does with his prose for readers, King gives his characters exactly what they need to keep the story compelling.

All that said, I thought Pet Sematary’s single shortcoming was the protagonist himself. Louis Creed is a Doctor who has a new job, a loving wife (sure, they fight once in a while), two kids, and a friend in Jud Crandall. But he’s the shallowest of the cast, to the point where it becomes easy to read Pet Sematary as a self-insert novel, the main character becoming a link between the reader and the world. Some may prefer this approach, but I wanted a multi-faceted Louis over the one-dimensional conduit who lends his senses to readers on their Pet Sematary journey. Still, this is a matter of preference, and despite my misgivings, I breezed through the book.

Perhaps the most remarkable thing about Pet Sematary for me was that I enjoyed it so much even without overwhelming supernatural or fantasy elements. Don’t get me wrong–they’re plentiful. But instead of a horror onslaught, King gives readers a steady drip of scares that builds to a steady stream. By the novel’s conclusion, readers are subjected to a terrifying deluge of scares and unsettling imagery. They’re effective moments, but their impact is multiplied tenfold by King’s restraint. Once again, he gives us exactly what we need–no more, no less.

“The soil of a man’s heart is stonier; a man grows what he can and tends it.”

I read the last words of Pet Sematary and noted a distinct connection to one of the book’s earlier moments. The novel’s final moments are as powerful as those that built to it, and Pet Sematary is punctuated by a deftly written conclusion that left me rattled, with an intense and newfound appreciation for the King of Horror.