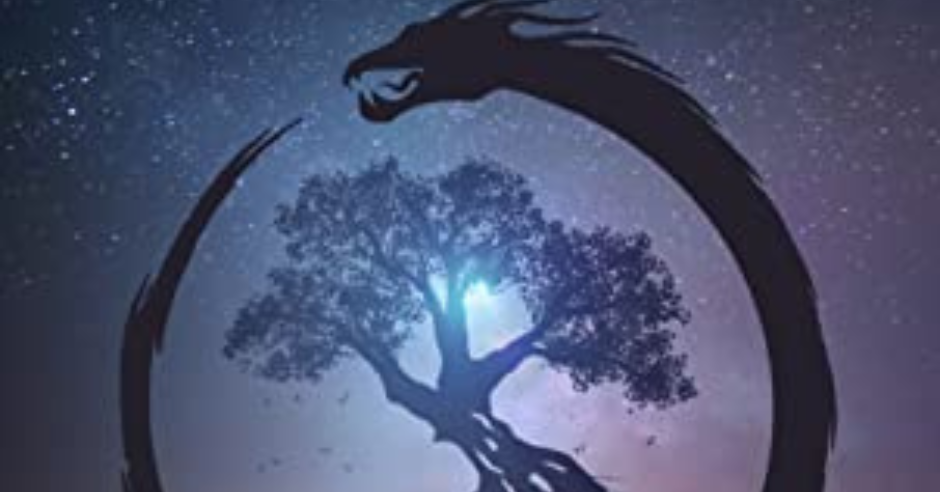 This is a highly impressive first book by an up-and-coming author, who is bound to make a huge splash on the sci-fi YA scene

I received a free ARC of this book in exchange for an honest review, which in no way influenced my opinion of the book.

“Of Us and Them” is a spectacular YA sci-fi debut by T.L. Coughlin.

I love first-person writing in general, but I find it lends itself particularly well to YA books because of the sense of immediacy and clarity. This particular first-person story focuses on Evren, a teenager who lives an almost ascetic life, alone, with the exception of her stern, dominant, and unwavering mother, Ignis.

Evren and Ignis reside in a reclusive, high-tech hideout, in still-picturesque 22nd century British Colombia. Ignis is also her daughter’s combat trainer. Evren has a thirst for knowledge, a sense of curiosity and wonder, a warrior’s spirit, and typical adolescent insecurities, exacerbated by her unique situation, and the restrictions imposed on her by a silently disapproving parent.

Evren must prepare to be a superior fighter, as she is destined to become a Paladin for the elite and clandestine organization, Nexum (which Ignis leads). According to legend, Paladins are knights of King Charlemagne’s court, a parallel to the Knights of the Round Table in the court of King Arthur. Similarly, in the context of “Of Us and Them”, the Paladins are the protectors and vessels of the Leviathans, an alien species, reminiscent of dragons.

Leviathans are supposed to be the saviours of humankind. The Leviathans are prophesied to prevent humans from further destroying the natural environment, which by the 22nd century, has become severely compromised.

Unfortunately, the arrival of the Leviathans is delayed, and the cause of the delay is apparently Evren herself. Evren is frustrated and guilty that she is the last of the Paladins to have her ouroboros mature. Once this maturity reaches fruition, it will signify Evren is ready to become a full-fledged Paladin, worthy of hosting and guarding the Leviathans.

Yet, until Evren’s ouroboros matures, as the final remaining among a group of male and female Paladins, the ceremony to summon Leviathans to earth cannot take place. This fact weighs heavily on Evren, as she is anxious to fulfill her destiny, and find meaning to her young life.

Coughlin has composed a wonderfully detailed futuristic earth, replete with the cool gadgetry one expects to see in a sci-fi entry. With savoury descriptions and backstory that are never overdone, but tantalizing enough to give you the feeling of being with Evren, the action in the novel is poignant and the stakes are high.

Coughlin keeps the reader highly engaged, as Evren ramps up her combat training, fights off assassins, and shows courage and fortitude in confronting danger at every turn. The story adds a bit of a murder-mystery to the compelling plot, where Evren, the likeable protagonist, must also use her wits.

“Right now, I liked what I saw in the mirror, for she was formidable. Born in strife, molded through friction and the fires of purpose, and then cooled in the sweet notion of saving our world we wrought with fear and neglect. The drakonum sung to the playing of my heartstrings and I was a work of art. If this was to be my last memory, so be it. But I hoped it wouldn’t. That I would be there, to deliver a world anew. I was to be a new empress, a leader, a prophet, a deliverer, a queen of the new era. But for now, I was Evren, a daughter, a fighter, and now a friend.”

Well fleshed out characters, salient reflections on broader themes, a dash of humour, burgeoning young romances, great diversity and LGBTQ + representation, make for an awesome YA novel. “Of Us and Them” has all these components, and much more.

Yet, like the best of the genre, “Of Us and Them” is not a great novel merely because it is awash with teenagers as characters. The skill of Coughlin is that she is able to write, as an adult, so seamlessly from the perspective of a teenager. Coughlin is appropriately vigilant in not sounding too “adult”, writing from the first-person perspective.

This author knows how to capture the emotional truth of teenagers with conciseness, but still heart and realism, including all the sometimes immature and inexperienced thought-processes, frustrating choices and inexplicable decisions, and requisite pop-culture references.

Of course, none of this implies Coughlin’s writing is anything other than sophisticated. Her prose is engaging, her overall writing superb. Be warned: the novel ends on a cliff-hanger, and the reader will be left salivating for the next installment.

This is a highly impressive first book by an up-and-coming author, who is bound to make a huge splash on the sci-fi YA scene with the release of “Of Us and Them”. Coughlin is a writer to watch, and I am fascinated to see where Evren’s story goes next.

Read Of Us and Them