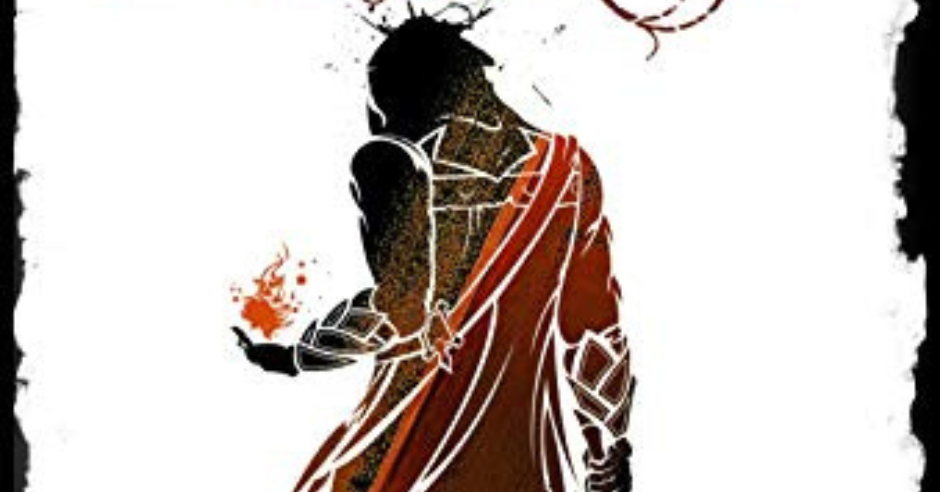 Review of THE WRITTEN by Ben Galley

Farden. Farden is one of the brightest stars, one of the most feared mages and fierce fighters, and the most seasoned and heralded veterans among all the mages.

Ben Galley needs no introduction. Arguably, only a handful of other self-published fantasy authors have the combination of name-recognition among readers, influence in the Indie fantasy scene, and acclaim that Galley enjoys.

Galley’s books have racked up awards such us Booknest Fantasy Awards, Library Journal Book of the Year, and numerous Self-Published Fantasy Blog- Off (SPFBO) semi-final and finals placements.  A self-publishing consultant, he’s also been a guest speaker in prestigious locations such as the London School of Economics. Galley is considered an influencer in the indie fantasy sphere, has published more than 13 books to-date, and is highly successful. But every illustrious writing career begins with one book, and for Galley that book was The Written, Book One of the Emaneska Series.

I always like to read the first book ever written by established authors, even if I have heard their later works are a vast improvement, as is typical as writers grow and evolve. In this case in the month of April 2022, I was dedicated to reading four of the most lauded Indie grimdark writers, Galley being one of them. Thus, April 2022 became my #Grimdarkmasters reading month. So, due to all this, I read Galley’s first book, The Written, last month.

While his debut novel, the talent of Galley is plainly on display in The Written, and I can see why this book launched Galley’s current fame, assuming he has improved his writing since this first entry.

The Written begins as a bit of a murder mystery. A powerful mage from the land of Arka, whose identity is unknown, is summoned by five scholars who have uncovered something extremely dangerous in a powerful spell book. This is no uncommon danger, but an existential threat to humankind. But the mage, incomprehensibly, brutally slays the scholars, and steals the book.

Enter our protagonist, Farden. Farden is one of the brightest stars, one of the most feared mages and fierce fighters, and most seasoned and heralded veterans among all the mages. The mages in the book are an ancient order of warrior / magicians, who have spell books inked on their backs in the form of elaborate tattoos (amazing concept). Farden is tasked to find out what happened to the book, and who slew the scholars.

His journey takes him across the lands of Emaneska, where he encounters daunting magical adversaries, conspiracies, attempts to overcome ancient prejudices and hostilities to form alliances for the good of the world, and faces unseen betrayals and double-crossing. While he is by nature a bit of a loner, Farden needs the assistance of trusted long-time allies, and new, more shaky alliances, and his own formidable skills, to survive, and attempt to stop those who would risk destroying the world, to serve their own lust for power.

I found Farden to be a very interesting character, and a good lead for the book. We get several other POVs, in smaller snippets, but Farden is the focus of the narrative. The mage is at moments recalcitrant, impulsive, brash, and is moody, mercurial, and also somewhat introverted and brooding. Yet he is very much dutiful, loyal to his friends, and courageous to a fault. He can also show humility, along with some pettiness at moments, that made him a very believable person.

There were some great secondary characters, but Farfallen the old dragon was definitely my favourite, with the vampyre Durnus and Svarta the Siren Queen also stand-outs.

Galley richly populates his Emaneska world – seemingly loosely based on our own world, with Albion standing in for Britain, for example – with every manner of beloved fantasy creatures from our favourite tropes. Wyrms, dragons, vampyres, lycans, and more (storm giants???!!!) appear on the pages of The Written, which will delight many a fantasy fan. The worldbuilding feels rich, including the magical school of the mages in the Arkan capital of Arfell.

On a special note, I mentioned: dragons. Many of us love them, and we want to see them well-done and Galley does an exceptional job here, and with all the supernatural creatures in the story. They all have their own unique feel, culture, idiosyncrasies, customs.

The fight scenes are plenty furious, breathtaking, and the magical element added to these combat sequences really made for some thrilling reading. With a very intricate and hard magic system, where the reader will develop an excellent understanding of how magic is wielded, its consequences, who has more magical power than who, and what is a talisman rather than what or who can independently use magic without needing a conduit.

In terms of the themes, I can see now where the genesis of Galley into truly dark fantasy began. For example, the school for the Written is no cake-walk, but a brutal, unforgiving trial, where many young aspirants don’t survive. The Arkmage / Undermage politics I found very compelling and ruthless, and that was awesome, as I love me some great political intrigue. And I particularly found the lycan story to be very dark, emotive, and I felt sorry for him, and wanted to know even more about him.

Here I must comment on and give credit to Galley for his fabulous prose. I was enamoured of it from the book’s lovely opening lines:

“It was snowing outside. The white flakes drifted lazily in the chill night breeze, dusting the rocky mountainside with an ivory blanket. Ice crystals flurried and spun, dancing through the cold night air, skittering along the windowsill. By all rights, it was a foul night for Arfell.”

The Written is an invigorating, very well-written, character-driven epic fantasy, and checks all the boxes in terms of being epic in scope, filled with magic, creatures, heroes, sword fights, betrayals, murder, and intrigue. This is yet another example of a book where the tropes are done so well, it does not matter a hoot that there are tropes.

The ending of the book was fantastic and surprising, and I am all in for continuing the Emaneska series.