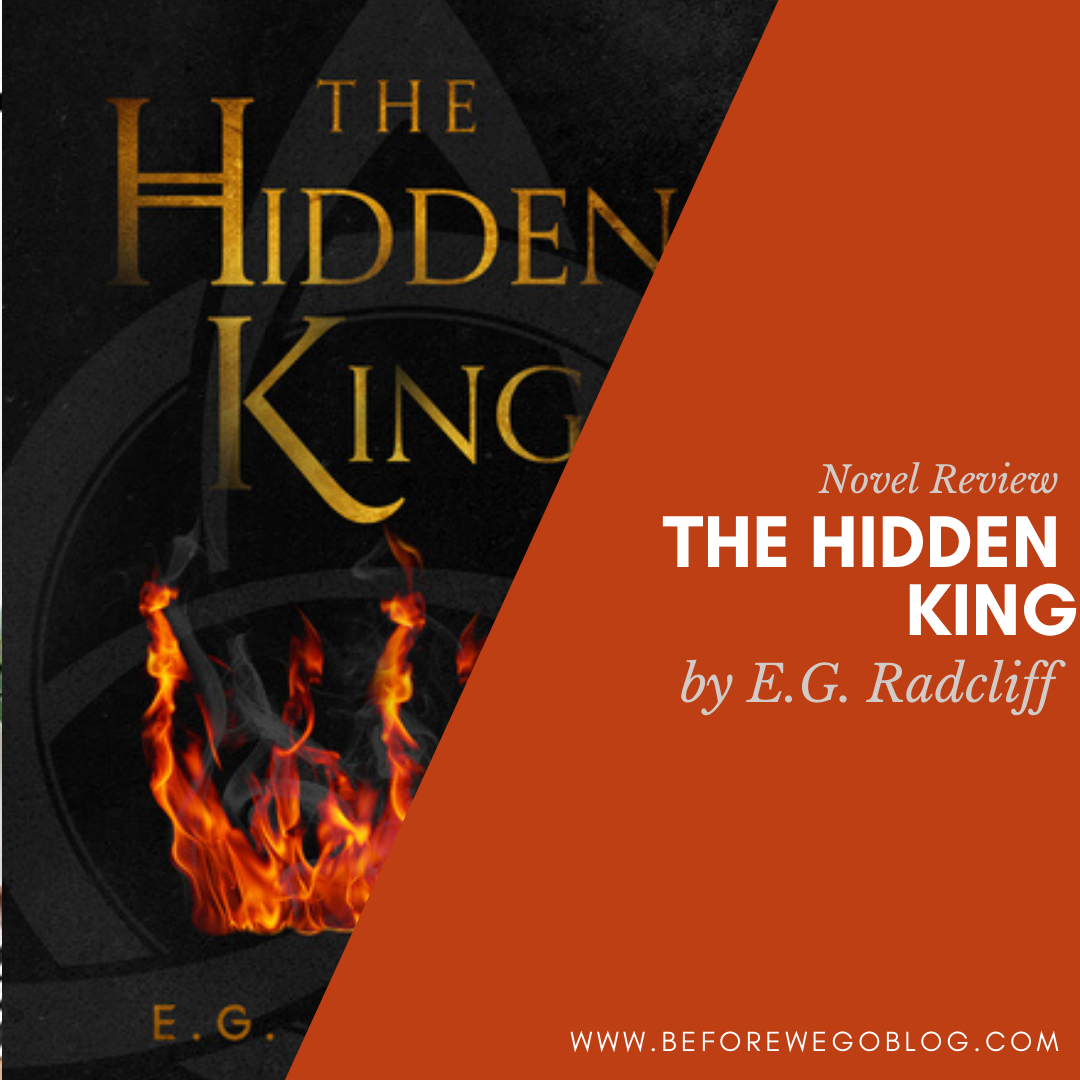 Review of The Hidden King by E.G Radcliff

Home » All Reviews » Review of The Hidden King by E.G Radcliff 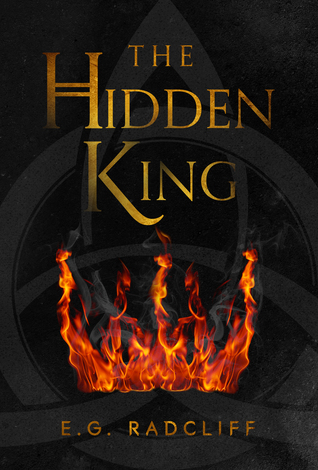 On the shores of a rusty sea, in the streets of a starving city, a young man named Áed scraps to build a life for himself and the makeshift family he loves. Scarred by a trauma he cannot remember, and haunted by the brutal damage it left behind, he has no idea of the courage his future will demand.

When tragedy strikes, a desperate Áed risks a treacherous, life-changing journey in his last chance to save the only family he has left – but an ancient legacy smoldering within him is about to turn deadly. Neither he – nor a kingdom – will ever be the same.

The Hidden King by E.G Radcliff is a novel packed to the brim with tropes. Secret heirs, secret magic, hidden fae. By its description, it feels as if it should be overdone, but Radcliff managed to make it work. Radcliff has a strong grasp on characterization. Her protagonists are simple and clear-cut without ever feeling two-dimensional. Áed, Ninian, and Ronan all start the novel having comfortable, lived-in dialogue. It feels authentic, and it never feels as if Radcliff is writing out their dialogue to show their cleverness. They’re a family that loves each other, and their dialogue and actions reflect that. Also, putting a male protagonist in charge of a child without making him a gruff trainer is exceptionally rare in fantasy, and kudos to Radcliff for doing that. Áed is a young man on the cusp of adulthood. He has no real prospects for the future, but he knows he wants his adopted son Ronan, who’s not even a decade younger than him, to have a better life than he’s had. He has no combat prowess, but does have a strange magical affinity for fire that he doesn’t understand. He can also read people, in a way I originally assumed was due to living on the streets. Another detail I quite enjoyed was that a secret was held back from the protagonist simply by virtue of him not being able to read. I am a sucker for major plot revelations tying in with mundane facts of life. Radcliff’s prose is never ostentatious but there are moments when it pops. “Silver words shattered uselessly on the ground,” was a definite standout. Her setting, likewise, while a traditional fantasy kingdom, also has a good sense of place. The small bits of Irish language in it really helped. So, for that matter, did some of the smaller details, like how people from different places have different names for each other’s cities. Ideas like that absolutely make a setting come alive.
There are two cities in the book. The first is The Maze, also known as Smudge, and it’s a city condemned to brutal poverty. Ninian makes a living by fighting people in front of crowds. There’s never enough to eat. There are hints that it was once a rival to the White City, where the later portion of the novel takes place, but all we see are broken people and abandoned buildings. The White City, by contrast, is filled with food and kind-hearted people. There are baths, beds, libraries, and in general it’s a place of safety and relaxation.
When Ronan and Áed leave The Maze for The White City, they end up in hiding. As luck would have it, the owner of the home they hide in is Boudicca, who is thrilled to have them there, gives them everything they could want, and argues with her brother when he wants them gone. Boudicca starts by feeling too good to be true, but soon it feels as if almost everyone in The White City is just innately wonderful. I will note that the book has nothing resembling a major villain. There are three contenders, but they get little time to create a sense of dread relating to them. (The first of them comes closest.) When there are moments of tension, they’re undercut soon after by people in this society being exceptionally kind.

To be clear, this isn’t a flaw in the book. This book isn’t intended to be tension-filled. This is a book you read to relax and long for better days.

The Hidden King wants to be aspirational, filled with hope for a better future. 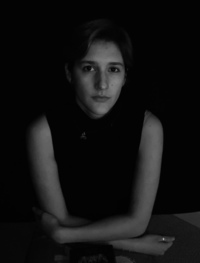 E.G. RADCLIFF IS AN INCURABLE WRITER, lifelong imaginer of worlds, and author of the series The Hidden King. and The Last Prince. An insatiable reader and researcher with a penchant for all things Celtic and a love of the mysterious and magical, she brings a knowing touch to her Young Adult fiction.

She enjoys adventure, reading on the train, and dreams about flying.

She is based in Illinois.