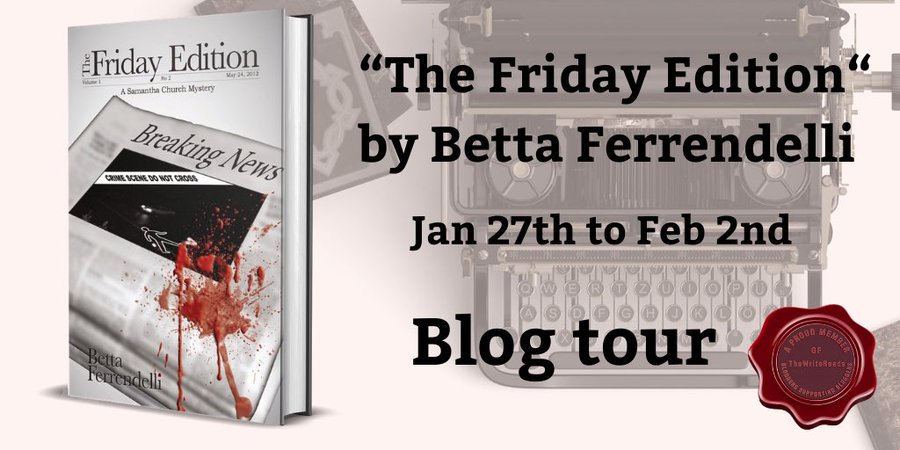 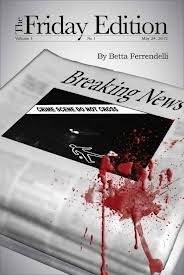 The answer is always no unless you ask.―

Christmas is coming to Denver, Colorado, but it isn’t only snow that’s falling.

A beautiful young woman, who also happens to be a Truman County Assistant DA, tumbles from her apartment balcony to her death on Christmas Eve.

The incident is ruled a suicide, but the DA’s sister, newspaper reporter Samantha Church, isn’t buying it.

Feverishly Samantha throws herself into finding out what really happened to her sister. She pursues her sister’s killers, maneuvering through a minefield of intrigue deliberately set out to divert her from the truth. She invariably stumbles when confronted by the inescapable specter of a greater enemy: the alcohol dependency that has already cost her the respect of her peers, and, worse, custody of her daughter.

Samantha must summon the courage to face not only a cartel of criminals, but also her own demons. Physically threatened and betrayed, she nearly defeats herself through her own insecurities and fears. She not only must summon the courage to get beyond her own shortcomings, but she must work quickly to beat her nemesis – a reporter at the major metropolitan daily newspaper, who is also in close pursuit of the developing story.

Can Samantha ultimately prevail, write the biggest story of her career, and finally begin to change her life before it is too late?

Alcoholism is a specter that wraps itself around you like a scarf. You can’t see it, your neighbor, nor family can’t see it, but it is there. It affects everything you do, the actions you have with your families, and who you are at your core. Samantha Church knows this. The specter of alcoholism has been a big part of her family’s life. But now she needs to face this specter and her inner demons if she is going to solve this case and, in the end, save herself.

On Christmas Eve in Denver, Colorado, a young woman falls to her death. In her apartment is a large bottle of whiskey, the young woman has a history of drinking, and there is a note; all who know about the case think that the woman just succumbed to her inner demons. But Samantha Church, the women’s sister, knows better. Her sister’s suicide would not and could not happen on Christmas Eve.

The girls have a pact about that.

Each life lived eventually became a book. How a single letter becomes a word, becomes a sentence, becomes a paragraph, before finally becoming a chapter and on and on and on until cycle of life ends and the book has been written.―

No one believes Samantha, I mean, why would she. She has a besmirched reputation; she has lost her daughter in a custody battle with her ex-husband due to her alcohol abuse, and she is a barely functional drunk most of the time. But she is also something else beyond all of it, the alcohol and family drama; she is an investigative journalist. And, she wants to get to the bottom of this question. Who killed her sister?

I can’t tell you much beyond that as it would ruin the fun of the mystery, and everyone loves a good mystery.

Samantha is not a nice character, especially at the beginning of the story. But, who can be nice when they have destroyed their entire lives and are under the yoke of alcoholism. Plus, Sam is grieving. Grief permeates much of what she does and her reactions. As the story moves around, Sam seems to get more comfortable doing what she does best, figuring things out.

Sam also has to face her inner demons if she is going to survive.

The Friday Edition is a good story that keeps you guessing, and Sam is written well. It is worth the read.

I received a copy from Dave at The Write Reads for the tour.

I have been an award-winning journalist since 1989, having worked at newspapers in Denver, Colorado, Seattle, Washington and Albuquerque, New Mexico.
I am the author of the award-winning and Amazon best-selling Samantha Church Mystery Series, featuring The Friday Edition, Revenge is Sweet, Dead Wrong, Cold Case No. 99-5219 and On the Border, which will publish in early 2020. I have also written two in contemporary fiction: An Invincible Summer and Last Things.
The Friday Edition was named one of the best books of 2013 by Kirkus, earned a 2014 Readers’ Favorite Gold Medal in the mystery women sleuths category and was named best mystery in the 9th annual 2015 National Indie Excellence Awards.
Cold Case No. 99-5219 earned a 2018 Readers’ Favorite Gold Medal in the fiction, mystery, murder category.