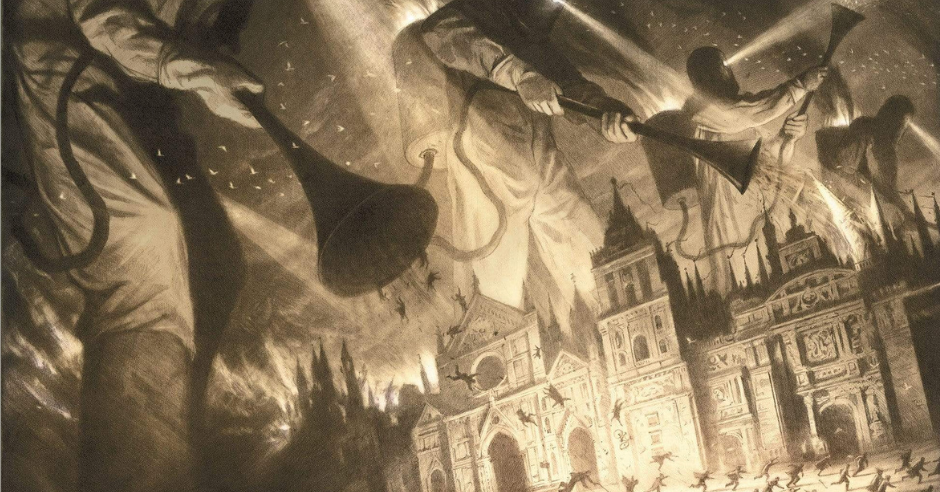 From the publisher, “In a heartbreaking parting, a man gives his wife and daughter a last kiss and boards a steamship to cross the ocean. He’s embarking on the most painful yet important journey of his life- he’s leaving home to build a better future for his family.

Shaun Tan evokes universal aspects of an immigrant’s experience through a singular work of the imagination. He does so using brilliantly clear and mesmerizing images. Because the main character can’t communicate in words, the book forgoes them too. But while the reader experiences the main character’s isolation, he also shares his ultimate joy.”

“Give me your tired, your poor,
Your huddled masses yearning to breathe free,
The wretched refuse of your teeming shore.
Send these, the homeless, tempest-tost to me,
I lift my lamp beside the golden door!”

Do you think that an image could speak for you when you don’t know the language and the only way to communicate is through hastily drawn art on scrap paper?

That is what Shaun Tan has done. He created a graphic novel that speaks to the immigrant experience. What it is like moving to a foreign land, faced with alien food, language, buildings, and pretty much everything else, but uses no language, except for the language of imagery and absolutely incredible imagery at that. Reading this book, I felt like I was sitting down to watch a silent movie, popcorn in hand. The imagery is so poignant, so much so that it seems like the pictures could move right out of the pages.

The focus of the story is about a man leaving his small family in search of a better life for them all. The book moves quickly, but he arrives at the new land and he is examined, cataloged, and labeled. Everywhere he goes, there is something new for him to learn. It is exhausting and boldly exciting at the same time.

I can’t speak for other people, but I can definitely speak for myself when I say when people step outside their comfort zone and do something as scary and bold as to move to another country in search of something they should be lauded too. This book was a great reminder of that. A beautiful reminder. It should also be noted, that this book is not political in nature at all. It isn’t about politically what it means to be an immigrant, but more of what beauties and joys are found in the discovery.

If you can’t tell already, I love this book. I think it is an important work for the world right now and I highly recommend anyone to read it. Come on over, I have a copy of it sitting on my bookshelf I’ll loan it to you.