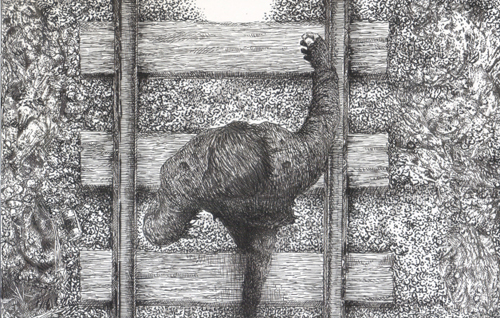 I Am the Dark Man 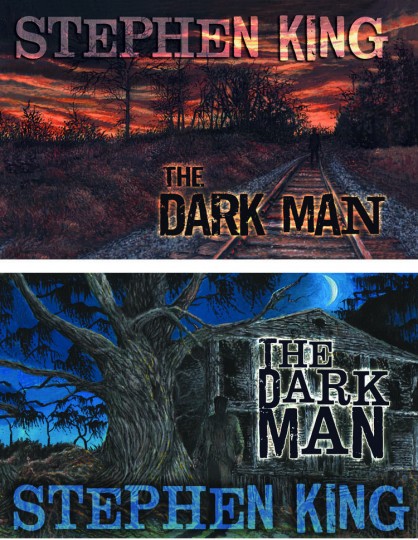 Stephen King first wrote about the Dark Man in college after he envisioned a faceless man in cowboy boots and jeans and a denim jacket forever walking the roads. Later this dark man would come to be known around the world as one of King’s greatest villains, Randall Flagg, but at the time King only had simple questions on his mind: where was this man going? What had he seen and done? What terrible things…?

i have ridden rails…

More than forty years after Stephen King first wrote his breathtaking poem “The Dark Man,” Glenn Chadbourne set out to answer those questions in this World’s First Edition hardcover featuring more than 70 full-page illustrations from the talented artist behind The Secretary of Dreams.

i have slept in glaring swamps… 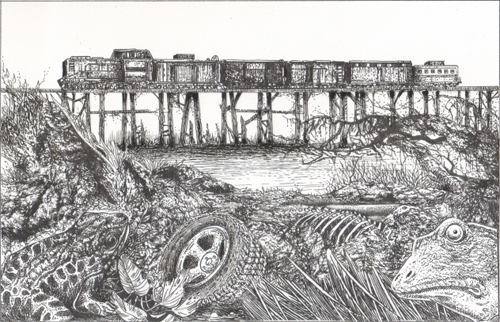 ications hardcover is a true marriage of words and art, with Chadbourne pulling the images from King’s imagination and illustrating them in magnificent detail. This incredible blending of King’s words with Chadbourne’s art creates a unique page turning experience you can return to again and again, always finding new details hidden on every page. You’ll discover hidden layers and mysterious secrets for years to come.

So who is the Dark Man and why is he traveling the country? The answers are terrifying….

The Dark Man is King flexing his poetic muscles. King has said that he is not much of a poet. Often, even when he writes poetry, it is of a more illustrative type of narrative that verse. It is just not how his mind works.

Is this great? Not so much.

But, it is a serviceable piece of literature that I read and practically studied for the sake of the King’s Quest and completeness.

Important aspects to consider when checking out The Dark Man. There are few examples of capital letters and punctuation. It gives the poem an almost run-on stream of consciousness vibe that is pretty annoying. Furthermore, it isn’t great or evocative poetry. It reminds me quite a bit of something you would see at a college poetry slam.

i have slept in glaring swamps

to mix with the sex smell of rotting cypress stumps

where witch fire clung in sunken

Eh. It is, however, essential if you are a King-ite? Kinger? A person who reads a lot of Stephen King, as this is a poem about one of King’s most titular characters, Randall Flagg. It gives you quite an impression of Flagg that helps solidify him as one of literature’s great antagonists.

The reason you should read this, and the reason why I gave it four stars is because of the graphics. The illustrator is Glenn Chadbourne, a horror artist. They are incredible. Detailed, enthralling, and in their dark ways, completely beautiful. This is the reason you read this book. Chadbourne takes you down some dark paths with his imagery, and it only makes it better if you have read a lot of King.

It is a perfect depiction of how I imagine Flagg. If you can find a copy of this, peruse it, you will see what I mean. 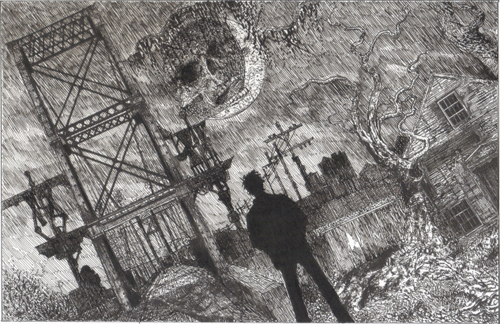 “i have ridden rails

and passed the smuggeryof desperate houses with counterfeit chimneys”

If you like this, you would enjoy The Counted Book Of Sorrows by Dean Koontz, if you can find it. 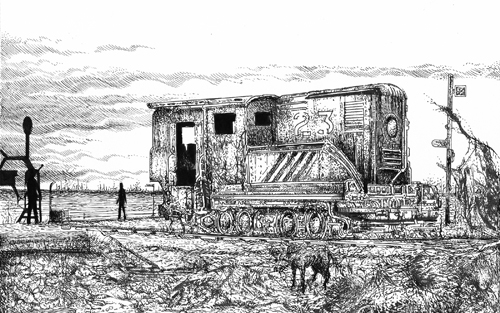