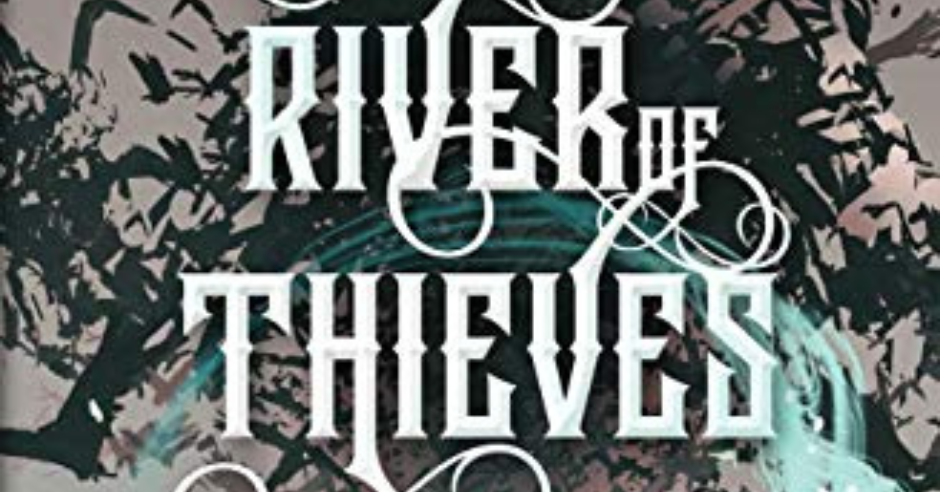 Review of RIVER OF THIEVES by Clayton Snyder

Crude, rude, funny as hell, gory, bizarre, ultimately brilliant, “River of Thieves” goes into my consideration for my top books I read so far in 2022

For my final #Grimdarkmasters read of April 2022 (the month where I dedicate most of my TBR to reading the works of four of the top Indie grimdark writers) I read “River of Thieves” (Thieves’ Lyric Book One) by Clayton Snyder.

This book was a Self-Published Fantasy Blog-Off SPFBO Semi-Finalist in 2019, and Snyder himself is one of the most decorated grimdark authors out there. He’s a three-time SPFBO Semifinalist, an SPFBO 7 Finalist, a WSFA (World’s Small Press) & 2-time Stabby Nominee, a Booknest Longlist & Grimmy Award Winner.

Still, even knowing what an illustrious writer Synder was, and having previously read some of his work, I was caught wholly unprepared for what I read in “River of Thieves”. It was mind-boggling, and truly I struggled to write this review, because it’s hard to review a book like this one. But I mean all this only in a good way.

The main plot is the simple part. It’s about two thieves, Cord and Nenn. Larcenous funny-guy with a heart of gold underneath, Cord has a nasty habit of not staying dead after every heist, where invariably he gets into trouble and ends up, of course, being killed. These resurrections appear to be wearing more and more on him, as nastier creatures emerge from his mouth post-demise, and he’s getting more tired of dealing with dying over and over again, period.

Nenn is Cord’s deadly, knife-wielding, brooding, intense but witty and sharp-tongued companion who gets to narrate a large part of the tale first-person. She is, against her better judgement, always getting talked into going along with Cord’s hair-brained ideas. But she too is worried about the affects constantly dying and coming back is having on her friend. So when Cord suggests one last big job (you know these always go horribly wrong) to set them up for retirement, Nenn – daydreaming of settling down with a nice woman or man one day, and living peacefully in a nice home, removed from thieving and mayhem – reluctantly goes along.

Collectively, this group loves to cuss, loves to hump regardless of gender or which side good or bad their bedding partner is on, loves to stab, and are fiercely loyal to one another. They rack up the body count, and leave a trail of havoc wherever they go, but their fearless approach to facing their own doom, laughing all the way, and the way they bind together like a very dysfunctional family is admirable, and will have the reader rooting for them.

Cord recruits two other sidekicks to join him and Nenn. One is a frenemy, a massive, hulking man named Rek, who can crush skulls with one hand, but happens to have a soft spot for kittens. The other is a beautiful, mysterious witch with some daunting powers named Lux who Nenn gets all hot and bothered about.

The foursome follow Cord’s plan which looks like a suicide mission, to infiltrate the realm of King Anaxos Mane, a notorious tyrant, with lots of human and inhuman protection.

Sounds like a classic fantasy heist tale? Think again dear readers, nothing typical about this book.

Parts of the book had me dazed and confused, as we dive headlong into a world of magic-wielders, gods, spirits, undead, more. While the main plot and main point of view is very straightforward and linear, there are a few additional POVs thrown in later in the book that give some momentary vertigo, but once you get through them the reader will likely see how much more enriching the story becomes for them.

The characters are exceptional. It’s not a big cast, and it allows the reader to really connect with the four main thieves. The relationships are filled with sarcasm, animosity, and derision layered on top of deep bonds of friendship, and it makes for a truly poignant and entertaining read. In particular, I loved the dynamic between Rek and Cord, even though the Cord-Nenn partnership is at the heart of the narrative.

The villains (that is the ones who are not the main characters) are quite nasty, and the Harrowers in particular are detestable. And I truly HATED Rook. The gods are capricious (which I love) and you can sense the humans are really just pawns in their schemes, despite the gods professing their affection for certain characters. The worldbuiding, exposition, and prose is sneakily fantastic. Snyder can really write well, and I had to go back and re-read some of his eloquent descriptions of landscapes and settings because I realized I was missing out on some great stuff that might have otherwise gotten lost in the black humour and action pieces. Synder’s prose can be very beautiful, even lyrical, at times, and it is never dull, always ironic and sharp.

From Orlect, to Midian, to the open water, the settings were gloriously depicted, and felt real. Engines propelled by hearts that have been ripped out of chests, zombies, ghouls, and other macabre features of the book are really neat and inventive that will delight dark fantasy fans.

There are some truly gut-punching moments in the book, and please don’t expect happy endings here. Though the conclusion is somewhat definitive, and are more installments, don’t expect a pleasing and neatly-wrapped up resolution to this book. As a matter of fact expect to have your heart broken a few times, and for some things to be left rather ambiguous.

In saying all this, the book was funny as hell. If there’s one thing that the reader will quickly find out about Snyder is that he has a wicked sense of humour, and can really bring the satire.

In this book, the complete paragraphs of banter are just as good as the quick and deadly one-liners. We as readers get to indulge in that little juvenile that lurks within all of us that says “you just have to laugh at this because it is freaking funny” warring with the adult that is saying “you shouldn’t be laughing at this, it’s juvenile” (stifles a laugh) and the juvenile always wins. But there is a LOT more than adolescent humour going on here – most of the humour is very adult, dark, and viciously, outrageously hilarious. I had to stop reading several times because I was howling, laughing nearly to tears, or just appalled at myself at the fact that I was laughing in the first place.

There is an abundance of pop culture references, innuendo about current world politics, and even nods to famous books and authors such as Scott Lynch’s Gentleman Bastards series. None of it felt out of place, and only enhanced my reading experience, and that is a credit to Synder in the way it was done, because usually this sort of stuff I find somewhat distracting in a fantasy book. But that’s my particular taste issue, not anything an author does wrong by going there.

Synder tackles some compelling themes in the book, including religion, and apathy towards it, as seen through Nenn’s disdain:

“I’m not much for religion, never really was. It’s hard to believe in any deity that says ‘This is your life. You can’t improve it, but if you worship me, I can make it not worse. That’s not patronage, it’s blackmail. It’s a protection racket. I’d seen a million of them, growing up in the streets and the alleys. I could respect the hustle, but not the sentiment.”

I need to pay homage here to the tale within a tale in the book (a feature I adore in fantasy), the story of the Goblin King. This was phenomenal: I recommend the reader slow down and pay attention to this one when it appears.

I cannot conclude a review of this book without mentioning some of the chapter titles. These days one rarely finds chapter titles anymore in books, however…here are some of them in “River of Thieves”: Bandit Lettuce Tomato, This Asshole Again, That’s a Filthy Joke You Dickhead, Storytime for Wayward Rogues, Party Crashing and Insurrection for Fun and Profit, Pirates are Just Thieves with More Syphilis and perhaps my favourite – Cat Shit and Violence. Do I need to say more?

Finally, to state the obvious, this book is truly dark. Don’t read it if you are not ready for that. I found Qoth’s tale interspersed throughout the narrative was particularly bleak and gruesome, but as noted above, very valuable into learning more about the overall story and character motivations. Like most grimdark books – and remember I consider Snyder a grimdark master – prepare to be surprised, horrified, creeped out, and be given lots to ponder after you finish the book.

Crude, rude, funny as hell, gory, bizarre, ultimately brilliant, “River of Thieves” goes into my consideration for my top books I read so far in 2022, and the twisted genius that is Clayton Synder has not disappointed me yet. I plan to read everything this very talented writer writes.

Review – The Monsters We Feed by Thomas Howard Riley