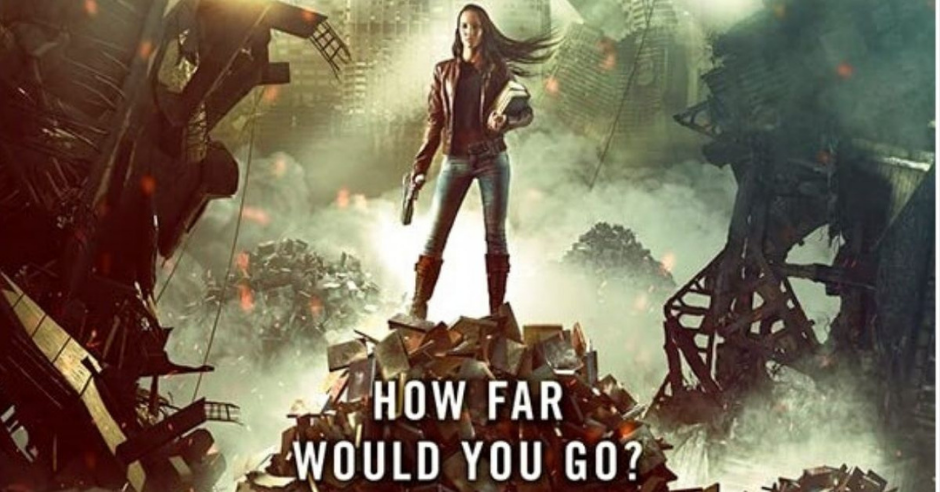 A Fun Romance in a Dystopian Atlanta

Deal With The Devil

“You’re good, I’m not denying that. But outlaws attack in force. You need real protection. You need me and my team.” ―

Kit Rocha, Devil With The Devil

The United States went belly up 45 years ago when our power grid was wiped out. Too few live in well-protected isolation while the rest of us scrape by on the margins. The only thing that matters is survival. By any means. At any cost.

Nina is an information broker with a mission: to bring hope to the darkest corners of Atlanta. She and her team of mercenary librarians use their knowledge to help those in need. But altruism doesn’t pay the bills—raiding vaults and collecting sensitive data is where the real money is.

Knox is a bitter, battle-weary supersoldier who leads the Silver Devils, an elite strike squad that chose to go AWOL rather than slaughter innocents. Before the Devils leave town for good, they need a biochem hacker to stabilize the experimental implants that grant their superhuman abilities.

The problem? Their hacker’s been kidnapped. And the ransom for her return is Nina. Knox has the perfect bait for a perfect trap: a lost Library of Congress server. The data could set Nina and her team up for years…

If they live that long.

Deal With the Devil, the new urban fantasy/romance novel from the writing team of Donna Herren and Bree Bridges under the pseudonym of Kit Rocha is an exciting  romp through dystopian Atlanta. We have super soldiers, beautiful, dangerous women who have issues, government overreach, mercenary librarians, and a bit of a quest—all the makings of an exciting urban fantasy novel. And while it did not deliver hardly anything about librarians, this is a fast and fun novel.

From the start, this book had me at Mercenary Librarians. What reader wouldn’t want that? I envisioned kick-ass lovers of the written word battling for the safety of knowledge as a whole. This was my first mistake. I had misconceptions about what this novel was about. Deal With the Devil is a romance. There is nothing wrong with romance, but as someone looking forward to the battle for knowledge, I was a bit taken aback that it was more about the love interests of the main characters. However, once I got past that, this is, generally, a well-crafted story.

The story takes place in a dystopian Atlanta Georgia in 2086 following the great energy war, flares, and other cataclysms. The government, shady and powerful, have secret unethical organizations where it churns out super soldiers. In the remains of what is left of the US, knowledge is power. Enter three friends who are close as sisters, Dani, Nina, and Maya. The three friends have created a library of a sort in Atlanta, cataloging and scanning books to preserve the information, and they give it out for free. These three are highly educated, skilled, and genetically modified. They are dangerous and will do just about anything to protect each other.

“The books?” “Books, Captain. Things you read?” Her playful smile returned. “We can distribute digital files for free, but we also have a machine that can print copies for cost…” ―

Kit Rocha, Deal With The Devil

The other point of view is a group of super-soldiers led by a man named Knox. He is the captain of a team called The Silver Devils. They have gone rogue from the protectorate/government and are looking for a cure for themselves. Their bio-implants are degrading the longer they are away from the corp if they don’t get help soon they all will die.

Under false pretenses, Knox convinces Nina’s team to help them in exchange for access to the legendary Library of Congress archives. This is something that Nina’s team can not pass up. The plot of the story is a colossal road trip between the two groups interspersed with character development and action sequences. It is fun, and I am always a fan of the found family trope because it rings true. The people you find in life that become family are just as important as the family that you are blood to.

As I mentioned earlier, the narrative structure is the dueling points of view between Nina and Knox. Knox is knowingly deceiving Nina and Nina, who is developing feelings for Knox. There is quite a lot of back and forth between the two individuals, which helps lead to the needed tension and passion that develops between them. Rocha did a great job with it. It does not come off as trite or rushed, but how things should work out. The other characters that play a supporting role in the story are fun and but not as fleshed out. There is not enough space in this kind of narrative structure to include some of the other characters’ points of view. However, I can see more books in the future that investigate Dani and Maya’s relationships and take place in this fictional dystopian Atlanta.

What Didn’t Work for Me

The “Mercenary Librarians” thing was a big disappointment. Aside from me being excited about a story about librarians, the trio of Dani, Nina, and Maya’s entire reasoning behind helping Knox and The Silver Devils is based on getting access to the Library of Congress. Yet, the importance of knowledge and their libraries are only given cursory explanations. Given the amount of time it is mentioned, it never seems like it is that important except in a background information type way. It is said a couple of times in the beginning and once at the end.

The pacing of the story was fine. It was a good blend of action and character dialog. There was enough space between the action scenes to rest and not become overly numb to the action. I ran into some issues when the big baddie was revealed. It seemed like the story came to a crashing stop. I can’t tell if it was because of who the big baddie was or the abruptness in which they were revealed, but the story fell off quite a bit for me. However, it did pick up near the end and gave me some closure for this story.

If you enjoy some romance with your urban fantasy, this is a great fit.

I received a copy of this from Tor.com and Netgalley in exchange for my open and honest review.

I also purchased an audio book of this from Audible.com

Once upon a time, two best friends decided to write paranormal romance. And while that was awesome, they also sometimes wanted to write insanely dirty stuff that wasn’t paranormal at all. This is that stuff.