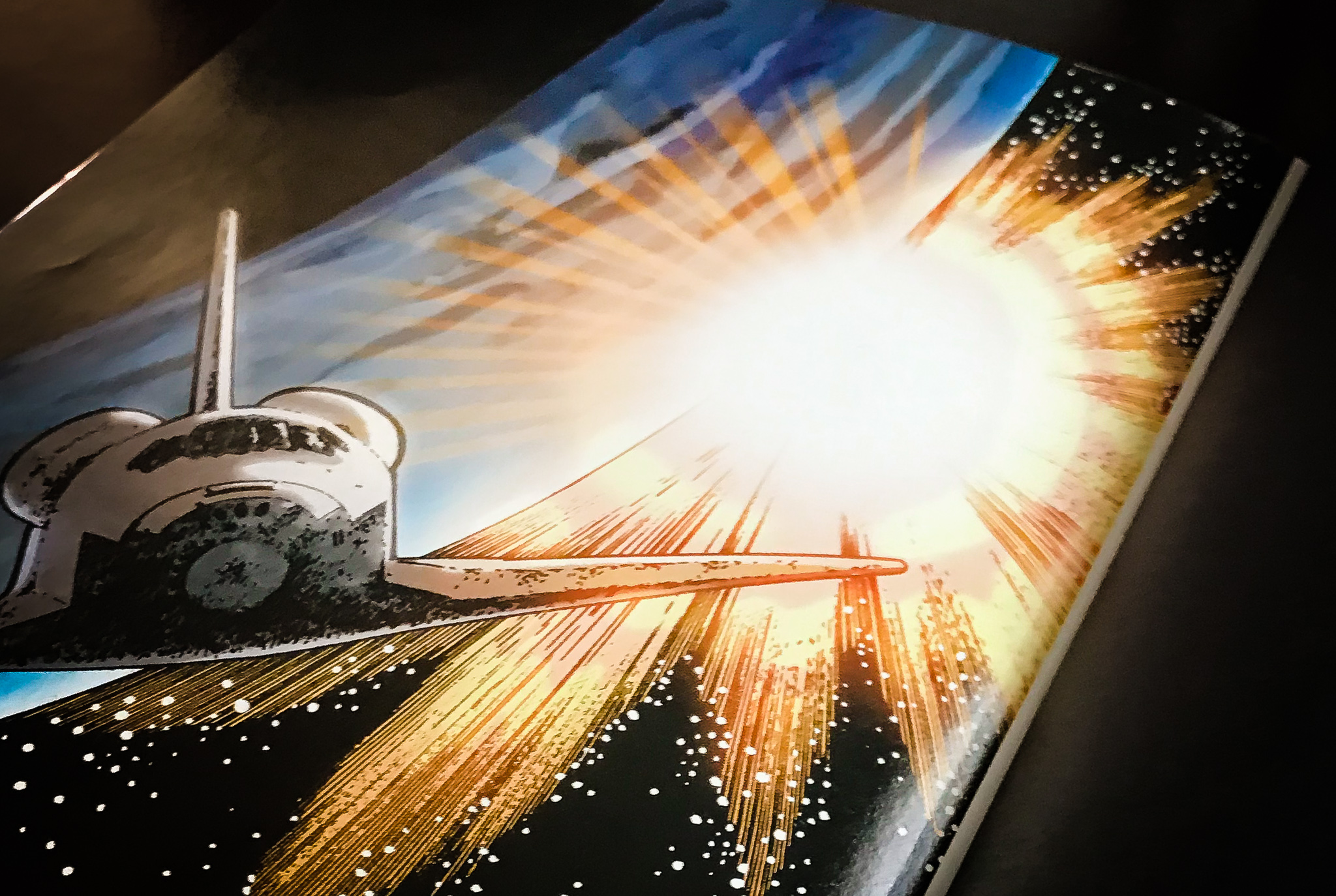 Where did the Venture Go?

“he wanted the glory of science and technology. He wanted to build things that took us to space.” 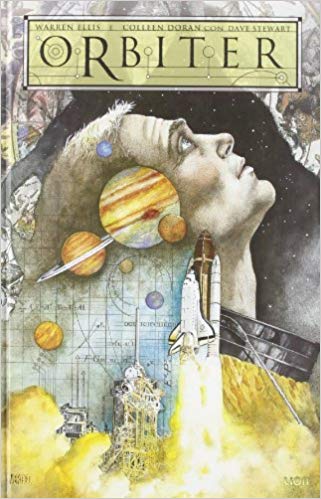 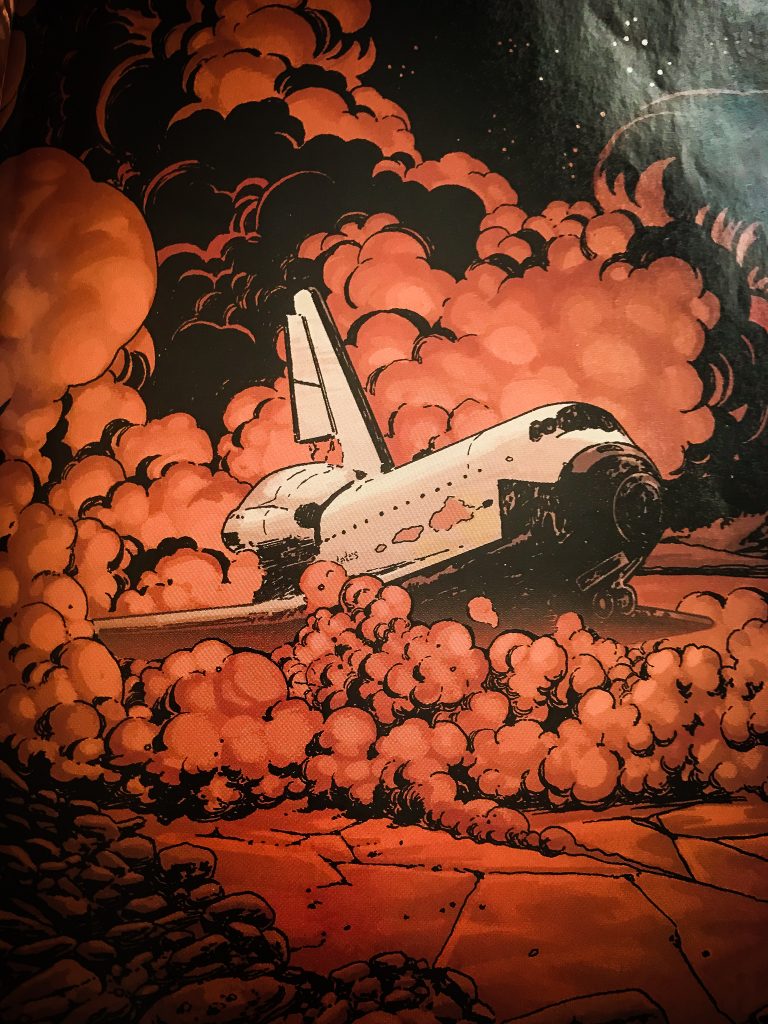 This is a book about returning to space in the face of fear and adversity. It’s a book aqbout glory. About going back to space, because it’s waiting for us and it;s where we’re meant to be. We can’t allow human space exploration to become our history.―

In this science fiction mystery tale, Venture, a space shuttle that disappeared ten years ago with its crew of seven, miraculously returns from outer space without warning or explanation. Occupied by only an insane pilot, the spacecraft shows evidence of a remarkable journey through the solar system. Now, in order to solve the mystery of the shuttle’s inexplicable journey and the fate of its six lost astronauts, three NASA specialists are called upon to investigate the alien instrumentation and materials that adorn Venture. But as secrets are revealed, it soon becomes apparent that the shuttle’s journey not only took it outside our solar system but to a realm of existence that is unimaginable.

Warren Ellis is a writer that asks profound questions. In Transmetropolitan, he talked about the role of the media and investigative reporting. Freakangels talks about absolute power and Trees is a story about the science fiction trope of Supergod. A being so powerful, so complete, that humanity is but a speck of dust to them. The most clever part about all this excellent writing is that Ellis tells his tales in the guise of well written graphic novel stories. His books are deep and thoughtful as well as exciting and, in some cases, beautiful. Orbiter is no different and so much more. It might even be Ellis’s best story thus far.

Ten years ago, Venture, a U.S. space shuttle, soared for the heavens, lasted a few minutes and promptly disappeared. It left without a trace. This broke the U.S. space agency and the hearts and minds of would-be explorers. Now, at present, Kennedy Space Center is a shantytown. We never know the specifics of what has happened, and why the U.S. is in such decline, so much so that people are starving and living in lean-tos. But, I could guess it has to do with the demise of NASA. Space travel and the hope for more can be a buoying thing to people. It is the ultimate what-if. Without that, life can become long and sad. There is nothing to strive for. After a few pages describing what a shit hole life has become, the Venture comes wailing like a ball of hellfire through the air and slams into the ground liquidizing a few unfortunate souls that were in the wrong place at the wrong time.

The Venture is back. But the more significant and more interesting question is, “where has the Venture gone?”

The military step in as they are want to do. “Is the Venture a threat to the U.S.?” A military commander, Colonel Bukovic of U.S. Space Command, gathers a team of scientists to investigate. The best and brightest the U.S. has to offer have been languishing in poverty and boredom because NASA no longer exists. Bukovic, an angry military commander trope, needs to answers yesterday on what is going on with this ship. It looks like it hasn’t aged a day, it should have run out of gas years ago, and where is the crew?

We jump from an overall exposition of the state of the U.S. to a much more intimate look at the scientists as characters. Michelle Robeson, once a prominent biologist, is now trapped on the Earth and has lost her greatest love. “been trapped on this planet since Venture disappeared. It radiates from her. This palpable feeling of something having been stolen from her.”

Terry Marx is a young and violently brilliant engineer. He comes off at first as a little hamfisted. Wrong with girls and awkward in conversation and personality. As the story propelled forward, he, as a character, got a lot more solid and interesting. The great mystery of it all is what drives him. He never got the opportunity to use his intelligence to reach out to the stars, that was taken from him when NASA was closed. Now with Venture back, he can flex the mind muscles that have laid dormant for so long. The final main character is Anna Bracken. Anna was a psychologist whose primary purpose was to help and study those astronauts who have returned from space flight. “To help make sense of it all.” She knows that she will never go to space, but she can experience the sense of wonder and thrill vicariously through helping ones who had. When NASA was shuttered, she lost her chance of hope and wonder. It was taken from her as it was taken from all citizens when NASA closed. Each of the three main characters represents a viewpoint. Michelle lost her ability to experience the greatness of space, and she will always yearn for it. Terry lost his chance to dive deeper, to peel back the layers of science to find what was underneath, and Anna lost her opportunity to live vicariously.

We, as a society, lost so much when NASA closed.

Now the Venture is back and full of questions.

Ellis tackles something fundamental in Orbiter, and it is this, “if you take away the greatest thing a human can yearn for, an impossible thing, what is left? How do we go on?” Space flight is, and dreaming is synonymous with a lot of people. If we shutter space flight, do we take away people’s ability to dream big? Maybe? It certainly helps to know that great things are happening. Orbiter is a science fiction story that asks the essential questions, “who are we?” And, “can we be more?” Inside of the more profound questions, Ellis writes a good, if short, character study on the three types of people as well. Layers inside of layers

It is a beautiful and deep science fiction that should be read and often. 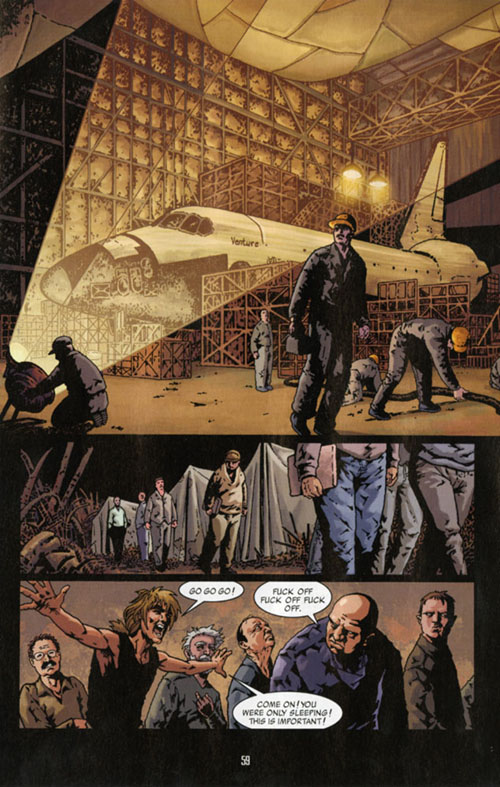 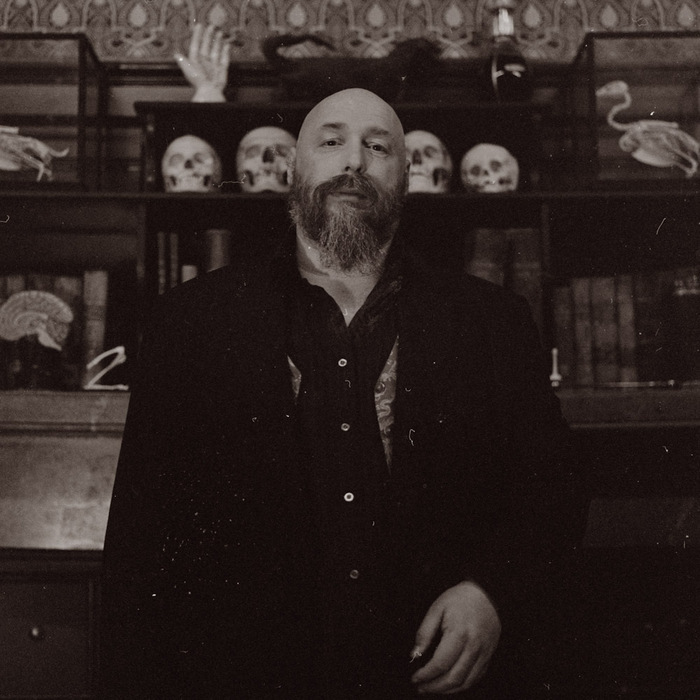 Warren Ellis is the award-winning writer of graphic novels like TRANSMETROPOLITAN, FELL, MINISTRY OF SPACE and PLANETARY, and the author of the NYT-bestselling GUN MACHINE and the “underground classic” novel CROOKED LITTLE VEIN, as well as the digital short-story single DEAD PIG COLLECTOR. His newest book is the novella NORMAL, from FSG Originals, listed as one of Amazon’s Best 100 Books Of 2016.

The movie RED is based on his graphic novel of the same name, its sequel having been released in summer 2013. IRON MAN 3 is based on his Marvel Comics graphic novel IRON MAN: EXTREMIS. He is currently developing his graphic novel sequence with Jason Howard, TREES, for television, in concert with HardySonBaker and NBCU, and continues to work as a screenwriter and producer in film and television, represented by Angela Cheng Caplan and Cheng Caplan Company. He is the creator, writer and co-producer of the Netflix series CASTLEVANIA, recently renewed for its third season, and of the recently-announced Netflix series HEAVEN’S FOREST.

He’s written extensively for VICE, WIRED UK and Reuters on technological and cultural matters, and given keynote speeches and lectures at events like dConstruct, ThingsCon, Improving Reality, SxSW, How The Light Gets In, Haunted Machines and Cognitive Cities.

Warren Ellis has recently developed and curated the revival of the Wildstorm creative library for DC Entertainment with the series THE WILD STORM, and is currently working on the serialising of new graphic novel works TREES: THREE FATES and INJECTION at Image Comics, and the serialised graphic novel THE BATMAN’S GRAVE for DC Comics, while working as a Consulting Producer on another television series.

A documentary about his work, CAPTURED GHOSTS, was released in 2012.

Recognitions include the NUIG Literary and Debating Society’s President’s Medal for service to freedom of speech, the EAGLE AWARDS Roll Of Honour for lifetime achievement in the field of comics & graphic novels, the Grand Prix de l’Imaginaire 2010, the Sidewise Award for Alternate History and the International Horror Guild Award for illustrated narrative. He is a Patron of Humanists UK. He holds an honorary doctorate from the University of Essex.

Warren Ellis lives outside London, on the south-east coast of England, in case he needs to make a quick getaway.