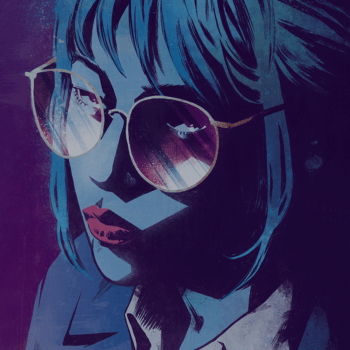 Review of Bury the Lede by Gaby Dunn and Claire Roe 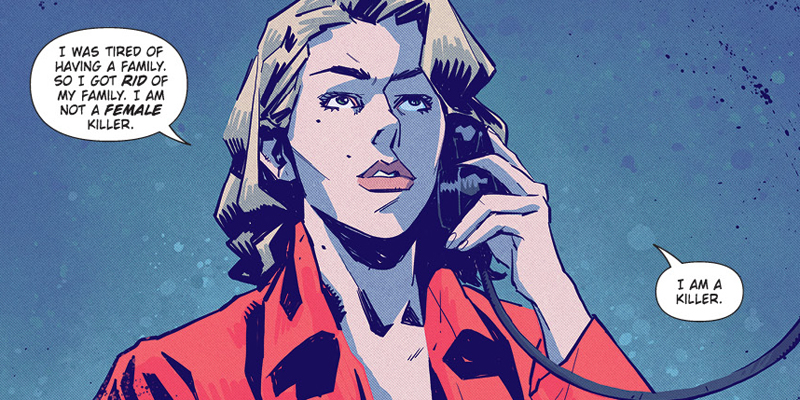 “Who are you Protecting?” 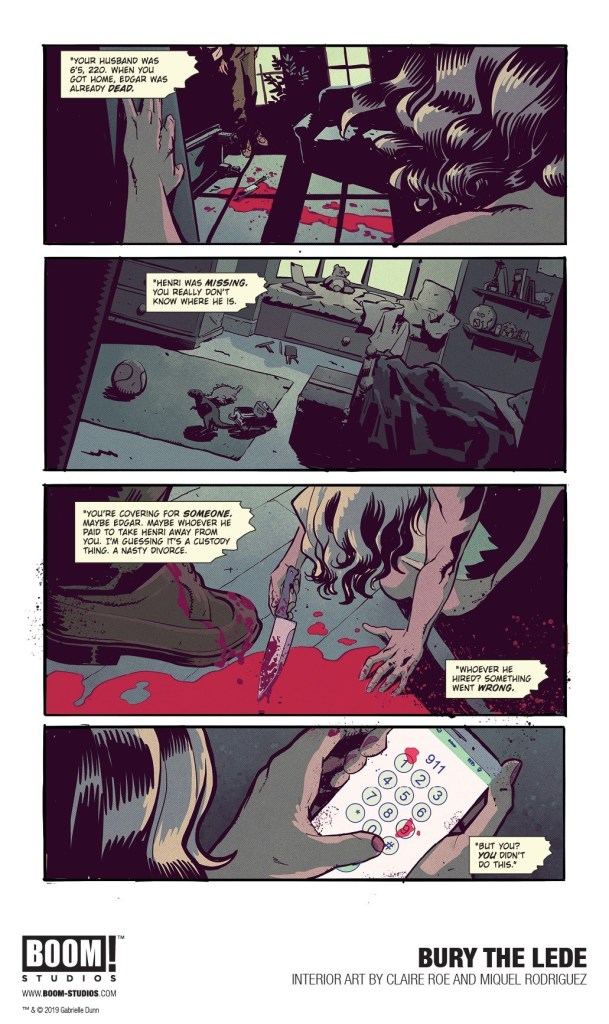 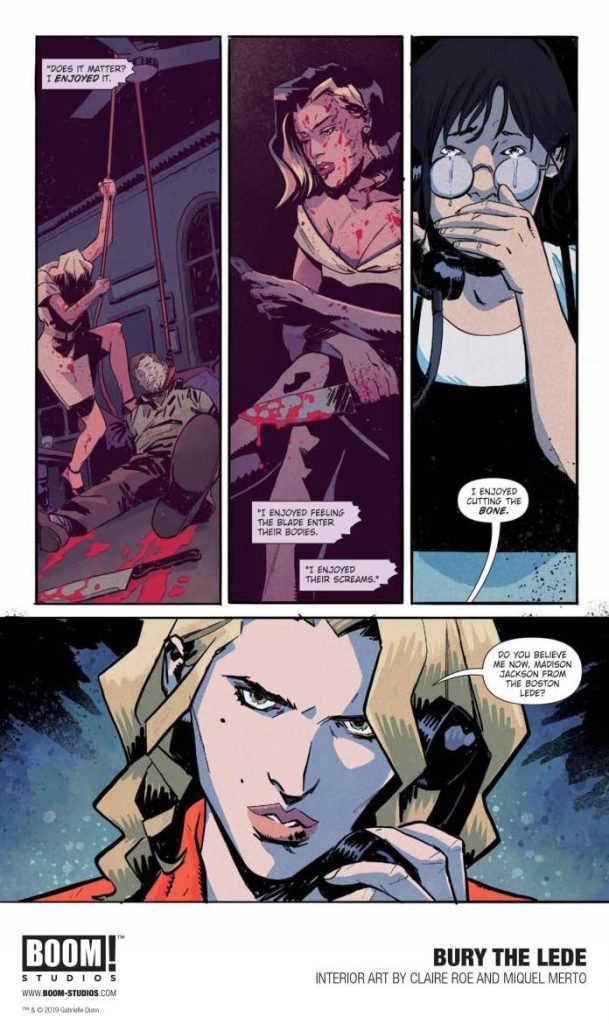 Twenty-one-year-old Madison T. Jackson is already the star of the Emerson College student newspaper when she nabs a coveted night internship at Boston’s premiere newspaper, The Boston Lede. The job’s simple: do whatever the senior reporters tell you to do, from fetching coffee to getting a quote from a grieving parent. It’s grueling work, so when the murder of a prominent Boston businessman comes up on the police scanner, Madison races to the scene of the grisly crime. There, Madison meets the woman who will change her life forever: prominent socialite Dahlia Kennedy, who is covered in gore and being arrested for the murder of her family. The newspapers put everyone they can in front of her with no results until, with nothing to lose, Madison gets a chance – and unexpectedly barrels headfirst into danger she never anticipated.

Bury the Lede by Gaby Dunn is a hard biting crime-noir graphic novel. The novel sits high amongst noir graphic novels contemporaries such as Criminal by Ed Brubaker, and Jimmy’s Bastards by Garth Ennis. The story holds its own. However, even with the fantastic panels drawn by artist Claire Roe and colored by Miguel Muerto, the tale lacks real cohesion to shine. It just is missing something, some connection between the writing and the reader.

The story revolves around Madison Jackson, an intrepid intern journalist at the fictionalized newspaper The Boston Lede. Madison is desperate to sink her journalistic incisors into a huge story, something that can put her on the map and prove her chops. Madison follows a police scanner to the murder of a prominent Boston citizen. The sole suspect is a woman named Delilah Kennedy. For some reason, Delilah has claimed the violent crime as her own and will only talk to Madison. The reasons for this are unclear. Delilah dangles tidbits to Madison and riddles. Madison, hungry for a story, tap dances to Delilah’s tune. They pace around each other like hungry lionesses verbally sparring and looking for weakness.

In the meantime, Madison flubs her personal life repeatedly. She starts an intense physical relationship with her co-worker and with a young police officer that has fed her information in the past — each relationship falling to the back seat of Madison’s drive as a reporter. The story has a lot of good. First and foremost is the featuring of two intelligent queer women of color, as well as quite a few other characters of various ethnicities. The graphics are well done by Clare Roe and Miguel Muerto. They are stark and dramatic and add to the noir vibe. Often the intensity and skill of the graphics overshadow the story.

Even though the story is interesting and frequently even compelling, the lack of cohesion and uneven pacing left me unattached and cold. I wanted to become vested in the characters and enthralled with the crime story, but it was so sporadic that part of the time, mainly in the middle, I couldn’t tell what was going on. This is especially bad in crime stories where the intensity and building of plot tension are critical.

I recommend this read for people who love crime stories, but not much more than that. I think there are more engaging stories of this genre out there to start with. Check out Transmetropolitan or Criminal by Ed Brubaker to start.

I Hate Everyone But You by 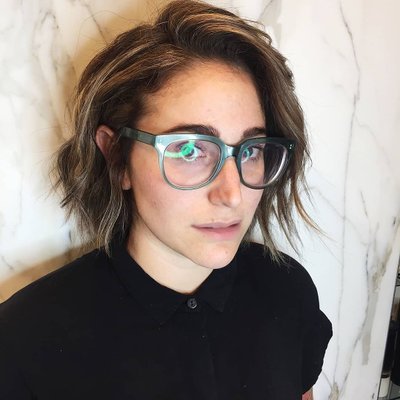 Gabrielle Teresa Dunn (born June 1, 1988) is an American writer, actress, journalist, comedian, LGBTQ activist, and podcaster. She was a writer and director for BuzzFeed Video, but has since left to focus on her YouTube comedy show and podcast Just Between Us with her best friend and fellow former Buzzfeed writer Allison Raskin.