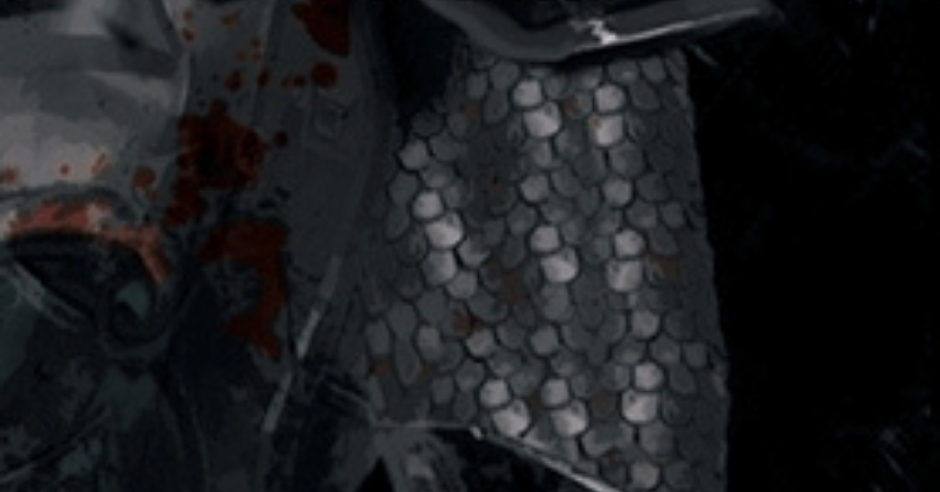 There are certain moods and times when I can digest some grimdark in my reading diet, and “Oathbreaker” seemed to be the perfect menu item. This book is the debut from A.J. Rettger. I have to be honest, I have rarely waffled so much on a rating for a novel. Let’s see why, and what I thought of this book.

In “Oathbreaker”, Rettger gives us the story of Mario Deschamps. Mario is a postulant knight, with quite the pedigree. His father – Pablo – was a controversial figure, hero to some, villain to others. Pablo, at the pinnacle of a highly decorated career as a knight himself, is dispatched by his king to quash an Elvish uprising. He is successful, catapulting him into legendary (or infamous) status, and then he promptly disappears, never to be heard from again.

The vanishing of Pablo leaves Mario bequeathed his father’s legacy as a famed fighter, and it is a big legacy to live up to. But Mario, initially in the beginning of the book, seems well positioned to achieve celebrity heights in the realm of chivalry, just as his father did. Mario is handsome, a relatively skilled fighter, and has the best of intentions.

In order to achieve complete knighthood, Mario, after graduating from formal training at the Knight’s College, sets off on his first quest, trying to be recognized for doing a good deed. In the world of “Oathbreaker”, knights must first complete a good deed in order to be officially knighted.

But Mario is in for a rude awakening, as he embarks on a mission to find and eradicate a group of bandits. The young novice knight is drawn into a cesspool of senseless violence, hatred, prejudice, religious fanaticism, political intrigue, secrets, very scary monsters, and complete mayhem.

Characterization is one of the things I enjoyed in the novel, and Rettger permits his characters to grow and develop organically in response to the tumultuous and heartbreaking events that occur in their lives. The secondary characters are often very complicated, or very emotionally damaged. This makes for a very compelling cast surrounding the protagonist, Mario.

As for Mario himself: he is somewhat of a bumbling hero, whose naivety is part pitiful, part endearing, part frustrating. One can’t help feeling sorry for him, I believe, because Rettger puts him through pain, lots and lots of pain.

On that note, I commend Rettger for his sensitive handling of some very challenging and disturbing topics. Obligatory trigger warning here: in particular sexual assault and bigotry are prevalent in the novel, so readers be warned. Rettger places these distressing scenes in the book strictly as part of the realism of the novel, not as a reflection of his beliefs.

“Oathbreaker” is definitely a grimdark book, and a sense of brutality permeates the novel. The universe Rettger has created is filled with barbarity and cruelty. There are very few happy endings for any of the characters, and the reader will be unable to tear themselves away from the ruthlessness and starkness of their journey, waiting to see if they can make it out alive.

I must also applaud Rettger for the depth and breadth of the diverse races in “Oathbreaker”. While no new ground is broken here in terms of what you might expect to find in a high fantasy novel, one will find werewolves, vampires, demons, dwarfs, elves, humans, shapeshifters, and so much more. Rettger took great pains to represent a balanced universe populated by various cultures, complete with realistic internal and external conflict occurring with those cultures.

In terms of the plot, if you love fast-paced books, “Oathbreaker” is truly the definition of a book one can’t put down. Rettger does not permit the reader to take much of a breath, once the reader gets past a lengthy prologue, going from one incredible fight scene to the next! If there is one thing I cannot fault the author for, is his non-stop, thrilling action sequences. Rettger will have you on the edge of your seat, wondering what calamity is coming next for our hero and his companions, and if they can possibly make it out alive.

So after all this positive feedback I have provided above, why any indecision about how to rate “Oathbreaker”? As noted, this is an excellent effort by Rettger, and overall I loved the book and found it hard to put down once I started reading. The technical imperfections certainly do not diminish what a thrilling read “Oathbreaker” was.

The book was well-written, but there were a few moments the prose was a bit off for me, but I believe that was more of a personal preference than any terrible flaws per se in Rettger’s writing.

“Oathbreaker” has a cliff-hanger / ambiguous-type ending, and that may not be for everyone, but personally I thought it was awesome! While the aspect of the prose took this book just barely out of five-star range for me, it was very close to a five-star, especially considering how positively electrifying the novel was.

Rettger is obviously a highly talented new writer who will only get better, and readers looking for a very young Andrzej Sapkowski or Joe Abercrombie-type author would do well to check out “Oathbreaker”! I am definitely looking forward to the next book by Rettger!