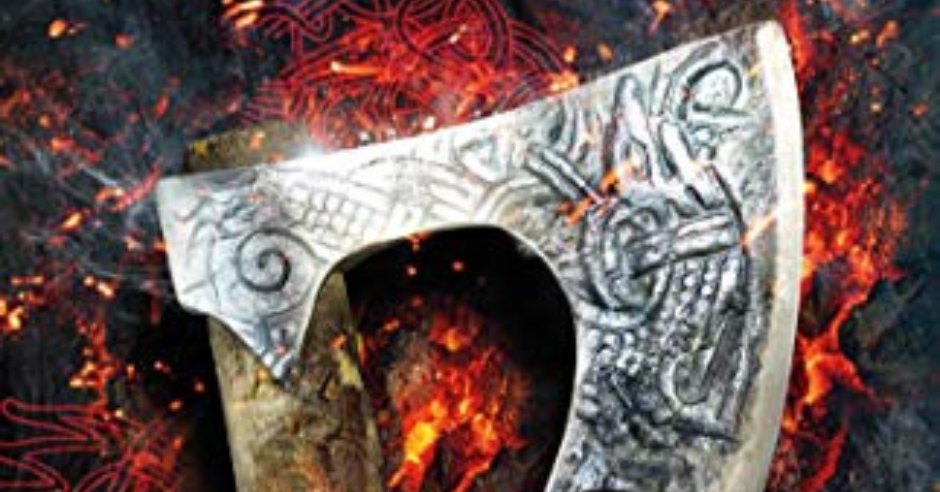 The women in the book are stalwart, heroic, and gritty. They are mothers, daughters, and wives, with plenty of heart and compassion, and conjointly fearsome warriors, leaders, and influencers.

As my May 2022 #DebutFantasy reading winds down, I ventured back into the world of Norse and Norse-inspired historical- fantasy, and picked up “Northern Wrath”, Book One of “The Hanged Gods Trilogy” by Thilde Kold Holt. What did I think of this book?

Let’s put it to you this way: I have never cared so much about a character who was already dead.

The story follows the main POVs of Einer, Hilda, and Ragnar, inhabitants of the village of Ash-Hill, in the cold Viking north, in the land of Jutland (ancient Denmark), within Midgard – the realm of mortals, and worshippers of the old Norse Gods. There are several additional POV chapters, including those dedicated to Siv, Tyra, Sigismund, Muspeldottir, Thora, Finn, and Buntrugg. Yet those first three characters mentioned are permitted the bulk of the narrative voices, and it is their fates that likely the reader will be most concerned with.

The book commences with Einer’s POV, and it is within the first few pages the reader sees young nobleman Einer (maybe) having impossibly slain a huge bear during a berserker fit, and having no memory of HOW he accomplished the incredible feat.

Ragnar, Hilda’s father, is old and dying, and from his daughter’s point of view, his death will not be a good one, because he will not die in battle, with honour, like a true warrior. Furthermore, Ragnar has forbidden Hilda, who aspires to be a hero, the chance to be a shieldmaiden, in order to keep her safe. Hilda chaffes at being held back, but the opportunity for glory will come sooner than she expects.

After Ragnar dies, his soul must traverse The Darkness towards Helheim, the Norse underworld. But it will be a horrible journey, even for someone who is dead. “Death, Pain, Fear.” Remember those three words, for they will haunt you as you read the shocking POVs of Ragnar, and you will wonder if there is a fate far worse than merely dying.

Meanwhile, Einer and Hilda, and their Norse way of life, and worship of the old Gods, are threatened by the danger of invading Christians. The Gods themselves are imperilled too by other powerful forces and the advance of Christianity, but they will not be easily vanquished, and when Gods are fighting for existence, the consequences can be devastating to humans.

Nor will the Jutlanders suffer an attack on their village without seeking bloody revenge. War will follow, intertwining ethereal and mortal combat, heroes will rise, and the world may just come to an end in the process.

So, let’s discuss the character work in the novel. With an abundance of cast members in a novel, sometimes characterization can be diminished. Overall Holdt did a good job of crafting engaging characters, and she warrants special praise for how incredible her female characters were (Siv was my favourite of all the characters in the book, followed closely by Ragnar).

The women in the book are stalwart, heroic, and gritty. They are mothers, daughters, wives, with plenty of heart and compassion, and conjointly fearsome warriors, leaders, and influencers. While I wished for a bit more exploration of their inner feelings and motivations at times, the characters were all certainly realistic, and very intriguing.

This book reads VERY quickly for a 600+ page novel, with a plot that spares no opportunity for pause, and I compulsively read this book in the span of  four days: I could not put it down. This book teems with mythology, indomitable warriors, vengeful, traitorous gods, and destiny. So please  don’t be scared by the book’ chonkiness: fans of the fast read, come hither.

Connoisseurs of battle scenes such as John Gwynne, Miles Cameron, and Bernard Cornwell would likely applaud the ferocious and thrilling clashes that Thilde Kold Holdt depicts in “Northern Wrath”. They are absolutely top notch: brutal, visceral, realistic, with the kind of build-up and tension (and attempts at character development PRIOR to the battle so that one cares about the outcomes for the players involved) before the conflicts that I require to be truly invested when the blood starts spraying. High, high accolades for Holdt in this regard.

I loved the fact that in many of the fights, the Gods were by no means passive bystanders, watching from the distance, detached from the momentous clashes. The Norse deities are omnipresent throughout the book, including the battles – either physically present, or imposing their powers to manipulate the payoff. But are these gods truly infallible or invincible, or will they too suffer their losses, just like their human subjects?

This book is very grim, very dark, and very violent. It is beautifully written, but not for the squeamish. Still, there are moments of hope peaking through the clouds. At the very least, readers can pray that those of their favourite characters who survive, will have the mental and physical stamina left to be able to fight another day, in the inevitable battles to come, further on in the series.

The sense of wonder, enchantment, and otherworldly powers permeate the novel, as Holdt’s impeccable research and writing skill brings the reader up close and personal into fascinating elements of Norse cosmology, as we feel completely immersed in that world. The worldbuilding is fantastic, and Holdt’s descriptive prose will make the reader feel as if they too – like our characters – have Yggdrasil, or the deck of a ship, or the slick of blood from a battle, underfoot.

The customs, weapons, religious rites, and culture of the Norse are on full display, and Holdt has created a fully realized, vivid world that will splash new paint on old legends, and make them seem fresh and inventive.

If you like Vikings, the Norse sagas replete with gods such as Odin, Loki, and the like, mystery, honour, tragedy, darkness, desperate last stands, heroic quests, brilliant storytelling, and characters that you will care about, this is your type of book; it certainly was mine!

4.75 stars for “Northern Wrath”! Very much looking forward to “Shackled Fates”, the next book in the series!