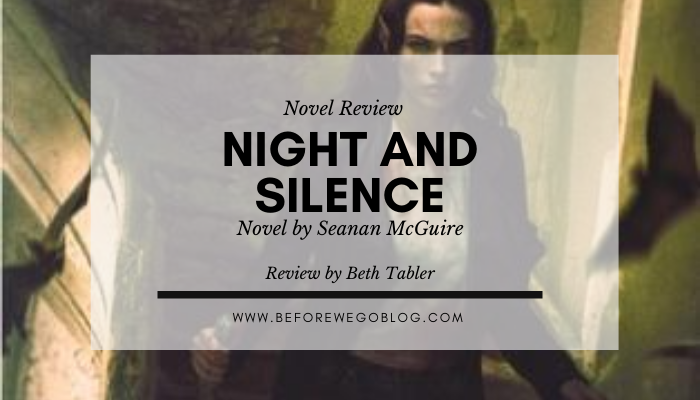 The World Has Changed

The world had changed. The world wasn’t changing back.―

From the publisher, “The twelfth installment of the Hugo-nominated, New York Times-bestselling Toby Daye urban fantasy series! Things are not okay. In the aftermath of Amandine’s latest betrayal, October “Toby” Daye’s fragile self-made family is on the verge of coming apart at the seams. Jazz can’t sleep, Sylvester doesn’t want to see her, and worst of all, Tybalt has withdrawn from her entirely, retreating into the Court of Cats as he tries to recover from his abduction. Toby is floundering, unable to help the people she loves most heal. She needs a distraction. She needs a quest.

Signs of Faerie’s involvement are everywhere, and it’s going to take all Toby’s nerve and all her allies to get her through this web of old secrets, older hatreds, and new deceits. If she can’t find Gillian before time runs out, her own child will pay the price. One question remains:

Who in Faerie remembered Gillian existed? And what do they stand to gain? No matter how this ends, Toby’s life will never be the same. “

I know that because it is book 12, it seems like it would be hard to jump into the series. It isn’t. Mcguire does an excellent job of providing enough backstory to understand the basics of what is going on. You may not get all the subtle nuances, but you will enjoy the story.

This is my hands down favorite series next to Dresden Files. Much for the same reasons. Both worlds have fantastic characters, great plots, and a wonderfully interwoven universe of fantasy and reality. October Daye is a likable character but more than that, she is a developed character,  especially by book 12. Some writers, after twelve books, rehash the same story over and over. You know exactly how it is going to end every time and it is boring. This series is not like that at all. Twists and turns are Mcguires modus operandi. Book 12 was just as well written and entertaining as book 1, and it is a nod to how well Mcguire writes that she is able to achieve that. Also, unlike a lot of Urban Fantasy out there where romance becomes the main plot the October Daye world has romantic elements, but the stories are never about that. They are formed around a fleshed out problem that she tackles with intelligence and the help of family and friends.

This book is explicitly about family and motherhood. Toby is a mother, but she stepped away from her daughter Gillian and allowed her to remain human as it was what her daughter wished. Toby herself is dealing with the after-effects of what her mother Amandine did to her and Tybalt in the previous book. There is Miranda, Gillian’s stepmom, who is much more complicated than we have seen her in the past. There is The Luidaeg who is a mother of a long-dead race of Fae. All the mothers’ stories intertwine. Gillian is missing, and these women must come together and put aside their differences to save her. Even then, sometimes despite your best efforts things do not work out like we hope they would. It is a painful experience for Toby who just wants her life to go back to being calm.

Many of the plot threads that Mcguire has been weaving since book 1, Rosemary and Rue, are coming to fruition. It is exciting as a long time fan to see forethought that Mcguire has put into this series play out excellently. We learn about The Luidaeg’s back history, more about Tybalt, and most importantly about Miranda. (I am keeping a bit vague as to not spoil anything)

I am bummed I am going to have to wait another year for book 13. This was a seriously excellent addition to the series. Read it from book 1, or 12. Whatever, it is an awesome series and well worth the time and effort.

Check Out Reviews of Seanan Mcguire's Other Work

Review of In an Absent Dream by Seanan McGuire

Review of Kingdom of Needle and Bone by Mira Grant

Hi! I’m Seanan McGuire, author of the Toby Daye series (Rosemary and Rue, A Local Habitation, An Artificial Night, Late Eclipses), as well as a lot of other things. I’m also Mira Grant (www.miragrant.com), author of Feed and Deadline.

Born and raised in Northern California, I fear weather and am remarkably laid-back about rattlesnakes. I watch too many horror movies, read too many comic books, and share my house with two monsters in feline form, Lilly and Alice (Siamese and Maine Coon).