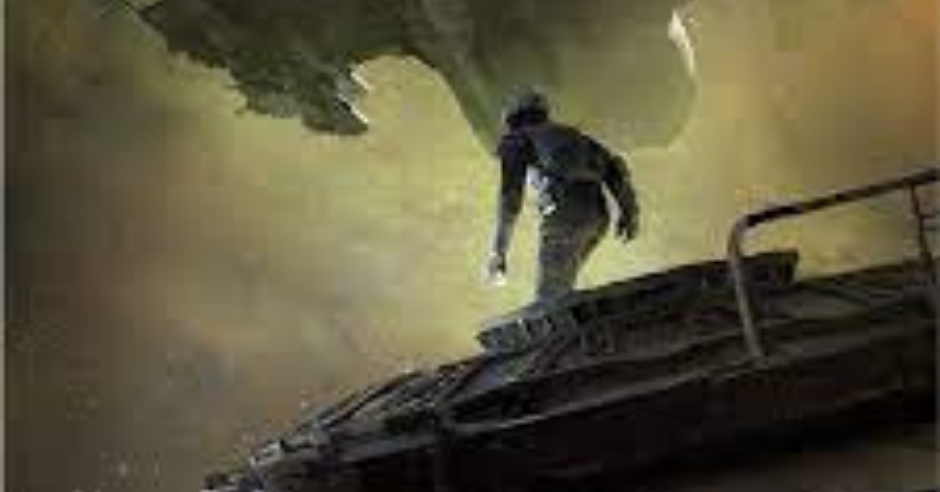 By Beth TablerDecember 15, 2021No Comments

“Just remember you’re not alone here.” I never know what to say to that. I am actually alone in my head, and that’s where 90 plus percent of my problems are.”

If there’s one thing in the world that will remain complex no matter what, it’s our identity. It can be fragmentary, just like it can be unambiguous. It can be consistent through time, just like it can evolve through experience. But what does it mean to be human? Can our identity be split between body and mind? Matter and consciousness? For one Murderbot, the question remains a mystery, a mystery that complicates its wish to live an uninterrupted and peaceful life filled with soap operas and good old quiet time.

At least with each adventure, it slowly learns the intricacies of being human and its own identity in the grand scheme of things. And so, rejoice, fellow Murderbot fans, as the fifth entry in writer Martha Wells’ franchise is the first full-length novel and, unfortunately for this sophisticated being, trouble continues to follow the humans around it and it will have to find new ways to protect them, wherever that leads it.

What is Network Effect about? Picking up where things were left off in Exit Strategy, Murderbot finally embraces peace as it’s welcomed amidst Dr. Mensah’s family and social circle, patiently waiting for its new mission. Not too long after acquainting her family, especially her daughter Amena, Murderbot is tasked to accompany a team on a survey expedition and nothing could’ve prepared them for the intergalactic kidnapping they are about to take part in.

Things couldn’t get more suspicious until they also run into an old associate of Murderbot that doesn’t seem to be responding as usual. While Murderbot would’ve loved to be spared all this trouble, it is forced to take action and to find a way to keep these silly humans alive while also lending a hand to someone from its past life, whether it wants to or not.

Was going full-length instead of a novella-length detrimental to this Murderbot’s legacy? Hell no. Anyone who has returned for more of its shenanigans will get just that, if not more of its snarky, cynical, and despairing self. Action-packed from start to finish, with a bit more world-building and character development, writer Martha Well fully explores her protagonist’s transformation and self-realization, allowing readers to further grasp its torment in regards to its resentment towards its ability to feel, like humans. To make matters even more terrifying for this Murderbot, its organic parts continue to irk it beyond understanding, making it want to kill itself when there’s anything remotely related to leaking and bleeding.

While this sentient murder machine initially programmed for destruction continues to discover the hidden component of its mind, and the complex nature of human beings, it is also confronted with the concept of relationship. Through its new bond with Dr. Mensah’s daughter, it uncovers the role of authority and motherhood.

Through its old bond with its past friend, they share an old couple’s dynamic, disguising their care for each other with grumpiness and constant remarks towards one another. These multiple relationships allow Murderbot to further complexify its own algorithms and better understand what it is becoming.

Of course, there’s no shortness of action to keep it engaged from start to finish. This is what allows its stories to be relentless, constantly entertaining, and engaging. Its complete thought processes are shared through its omniscient narration, spelling out all of the options at hand or the procedure that it will complete to achieve its goals.

This allows Murderbot to display its personality without any filter, sharing its despair whenever the situation derails. Whether its actions require a split second or a whole minute, it is through this intimate journaling of its adventure that readers continue to be attached to this Murderbot and its endearing yet cynical ways.

Network Effect is a thrilling and engaging full-length novel in the Murderbot saga that continues to explore one nonhuman’s very human experiences.

They call him Lashaan. A reader. A reviewer. A researcher. He’s a Ph.D. candidate in criminology and works full-time in a North American police organization. He has an eclectic reading taste but primarily focuses on science-fiction, fantasy, and graphic novels. He might seem busy by day, but he chases after stories, whatever form they are in, by night.