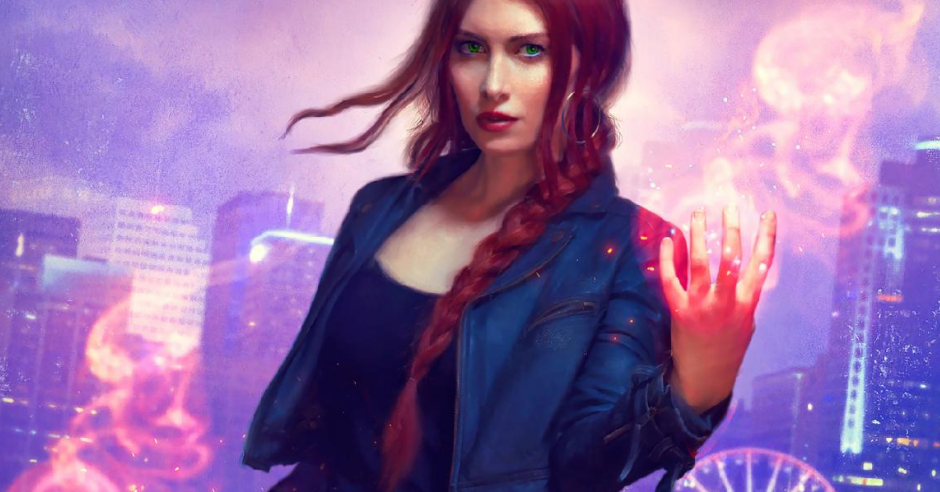 One of the best urban fantasy series out there

To save the city, Rachel Morgan will need to show some teeth in the next Hollows novel from #1 New York Times bestselling author Kim Harrison.

The new master vampire of Cincinnati has arrived . . . and she wants Rachel Morgan out. No matter where Rachel goes, Constance is there–threatening Rachel’s allies, causing city-wide chaos, and, to add insult to injury, even forcing Rachel out of her current quarters. Ever since Rachel found a way to save the souls of vampires, the old undead’s longtime ascendancy has been broken. Now Constance sees eliminating Rachel as the key to consolidating her own power.

Rachel has no desire to be enthralled or killed–and she’s terrified of what may become of the city if Constance forces a return to the ancient ways. But even a witch-born demon can’t stand against the old undead–at least, not alone. And if Rachel refuses to claim the role of Cincinnati’s master demon, the city will tear itself apart, taking her and all those who stand beside her with it.

Kim Harrison’s fifteenth installment of The Hollows series, Million Dollar Demon, gives us what we ask for, a fun story that shows off what Rachel does best. Rachel always brings the Moxie.

Rachel has her hands in many proverbial pies. She is a strong presence in the magic community of Cincinnati. Admired by friend and foe, she commands respect both for her personality and force of will, and her ability to use magic. In this installment of the series, Rachel has to contend with a new vampire in town, Constance.

Right off of the bat, Constance hits Rachel where it hurts, and that is messing with her home and foundational support in the community. Constance goes after Rachels’s allies and their homes, causing Rachel to consolidate everyone at her property, the partially destroyed church. Constance is trying to consolidate her power base, and between the two of them is a battle of wills. It is also interesting the contrast that Rachel and Constance have with each other. Rachel tries to take the high road and think about the citizens of Cincinnati, while Constance thinks only of herself and her power. She constantly takes the low road and is deplorable.

Even with the big squeeze coming from Constance’s vampires, the cast of characters is strong in this story. Again, like in the previous novel, Ivy is absent. But Jenks and Trent are still huge in Rachel’s life. We have a new character we are introduced to, and that is Pike. Pike is the scion to Constance and in a very gray area. For the entirety of the novel, I had no idea where he stood. I liked that a lot and found that once again, Harrison writes fun and exciting characters that are relatable even though they live in an urban fantasy world.

Al didn’t play a massive role in this book as he is estranged from Rachel, but I am looking forward to future books where he comes back. The relationship/father figure thing that Al has with Rachel is one of the best parts of the series.

Once again, Kim Harrison has written a great book. The Hollows is consistently a great series with engaging characters. That is a giant accomplishment, especially since this is book 15. There is still more story to tell; with the way that Harrison writes, I could probably enjoy this series for another 15 books.

You can’t go wrong with one of the best urban fantasy series out there.

Review – The Witch and the Vampire by Francesca Flores