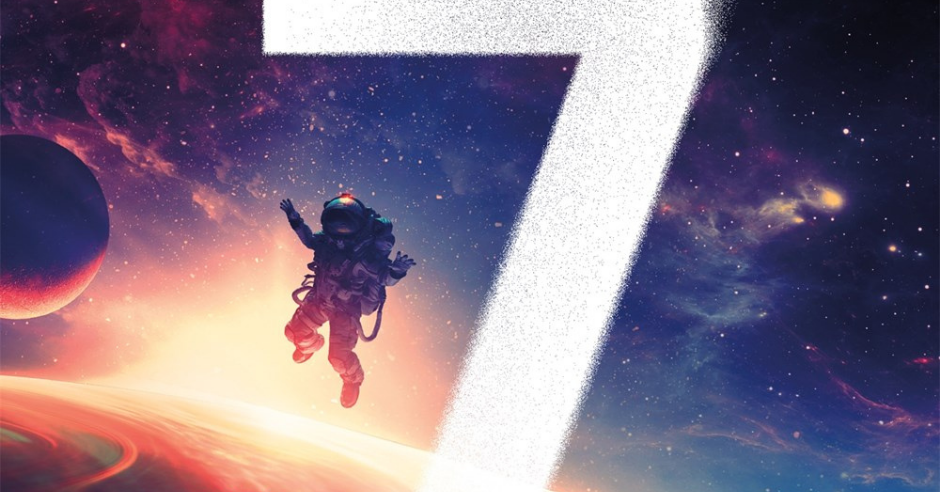 Mickey7 by Edward Ashton was a novel that was not too dense but explored future ideas with enough gravitas to get me thinking, but not enough to bog me down. Mickey7 wasn’t full of Earth and perspective-shattering ideas, but damn, it was a fun way to spend an afternoon or two.

The premise starts with Mickey Barnes, the titular Mickey7. He is the seventh iteration of himself—a clone of a clone, and so on. “Mickey7 is an Expendable: a disposable employee on a human expedition sent to colonize the ice world Niflheim. Whenever there’s a mission that’s too dangerous—even suicidal—the crew turns to Mickey. After one iteration dies, a new body is regenerated with most of his memories intact.” Do you need someone to take a fatal dose of radiation, try out an experimental vaccine, or introduce themselves to a non-friendly planet entity? Mickey is your guy. That is why he gets paid the big bucks… errm. That is why he gets all the food! Wait, that isn’t it either…Moving on.

Mickey7, having dealt with six violent or gruesome deaths, has a better idea of what death is than anyone else in his colony. Furthermore, because humans have different views of death, many in his colony shun him or want to sleep with him. It makes for odd working conditions for him. He is either reviled or secretly worshipped, and not a whole lot in between.

While out on a scouting mission with his best friend, Mickey takes a tumble into a ravine through pure bad luck. It would be difficult to get him out, his friend tells him to open a vein and he would see him soon. Mickey is truly touched by the care that his friend is showing him in what could be his final moments. But Mickey stumbles along, for once refusing to die, and makes it back to the base colony. However, Mickey8 had already been created and had all his memories downloaded into his skull.

The colony and society have rules regarding the number of clones in existence, 1. It is also very biologically expensive to create new humans. It takes a lot of potential calories to create muscles and bones. On the colony calories equal currency. When Mickey7 meets Mickey8, they decide that neither would like to die, and they will work together. But this leads to a mountain of philosophical and practical problems. The story repeatedly asks, if we are not our bodies, are we still us? It is not new territory, any clone story has to eventually ask this question. But I like that in Mickey7, it is asked subtly. Mickey7 does not ponder life’s meaning while staring into the yonder, he is too busy working and trying to stay alive another day. But the undercurrent of that idea is there.

The Mickeys work to keep themselves out of the recycler. The recycler is where anything biological is thrown to melt down and recycle to be used again in some capacity. A threat that is hanging over their heads like the sword of Damocles. But, staying out of the recycler is the least of Mickey’s issues. They are not the only creatures on this planet, and things are about to get way more interesting for this couple of clones.

Mickey7 is a super fun book to read; there isn’t a lot of development. The period it takes for the story to take place is relatively short and thus doesn’t allow for any solid growth for Mickey. The story is more of the Mickey’s escaping one problem to throw themselves into another, very much like a kamikaze pigeon bouncing against cars on the freeway. But the way that Mickey is written is rather charming. He is a rather affable fellow who loves history, his girlfriend is written as someone who loves him despite his neurosis and his best friend is a chump. But not enough of a chump to be the antagonist of the story. Mickey is just a normal dude, thrust into unique circumstances time and time again.

I would certainly recommend this to those looking for some light science fiction. The idea of an expendable was enough to cinch it for me. Check it out.