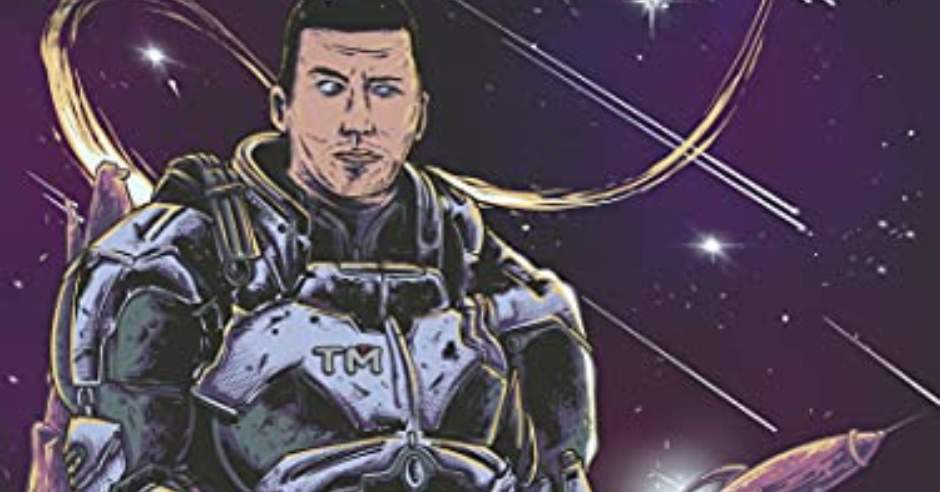 MESS EFFECT: A NITPICKERS GUIDE TO THE WORLD THAT FELL APART by Shamus Young (DM of the Rings) is a work that I picked up when I heard of his passing (RIP). I am a huge Mass Effect fan and an author so it seemed like an excellent book that would discuss the series from the perspective of its storytelling.

Specifically, it’s a discussion of how the once-beloved (and still beloved) series went off the rails in such a way that it got EA voted Worst Company of the Year. It also has a Mass Effect: Andromeda section.

You can tell how much you’re going to love this book or dislike it probably by the following statement: “Shamus really liked Mass Effect, he thought Mass Effect 2 was an utterly nonsensical mess with good characters, and Mass Effect 3’s failures are primarily due to 2’s nonsensical plot.” If you agree with that, it’ll be a lot of agreeing and if you disagree with that, then it will probably have some issues for you.

I’m a huge fan of Mass Effect 2 and think it’s the best of the trilogy. I recognize its flaws, however, and just because I disagree with an author’s interpretation doesn’t mean that I think the book is bad. Still, a lot of the middle part of the book was me going, “You don’t want to work for Cerberus because it’s icky bad evil but you’re a Spectre, which means that you’re supposed to work with morally ambiguous people. It’s part of being a spy.”

Shamus Young handles much of the book from the unconscious bias of playing a Paragon Shepard, IMHO, and that is something that he’s never really able to shed nor seemingly aware of. This isn’t necessarily saying he’s wrong, though. A huge chunk of the fandom played Shepard as a Paragon and Sole Survivor with the view Cerberus is absolute evil as well as a group that they would never work with even for the greater good. They also played a Star Trek-esque idealistic Shepard so the trilogy taking the stance the Citadel Council races aren’t necessarily humanity’s friends would also feel hugely disappointing. Others like the emphasis on realpolitic and betrayal that they’d argue, like me, were in ME to begin with.

Now is the above paragraph is something that makes sense to you and is the kind of thing you’d like to read, then this is absolutely the book for you. It’s a detailed discussion of the politics, world-building, storytelling choices, and ideas of Bioware’s sci-fi universe. It also very much takes the opinion that the retcons and deliberate forced morally ambiguity of the games as well as incompetence of the Council races were mistakes than choices. I LOVE this sort of thing even when I wish I could type up a bunch of response posts about how much I think he’s wrong.

I also think the book has one serious failure and that’s lacking an extensive discussion of the romances in the game. That is definitely not something Shamus cared about and probably imagined Bioware did fine on but they’re such an intrinsic part of the gaming experience that their lack of discussion is noticeable by its absence. He discusses all the characters but not their relationship to Shepard. Which is a shame as I’d love to hear him compare Ashley vs. Liara vs. Tali (or Garrus).

In conclusion, this is a book for hardcore Mass Effect nerds and those who strongly care about things like the economics of the Alliance or how the Turian Navy functions. It’s a fair and detailed work that, sadly, suffers a bit from the fact that he doesn’t include many arguments against his own points. I feel that would have benefited the book a bit more and made it feel more inclusive of alternate viewpoints. Still, we’ve lost a great writer and an even greater fan.

Read Mess Effect: A Nitpickers Guide to the World That Fell Apart

Review of RIVER OF THIEVES by Clayton Snyder