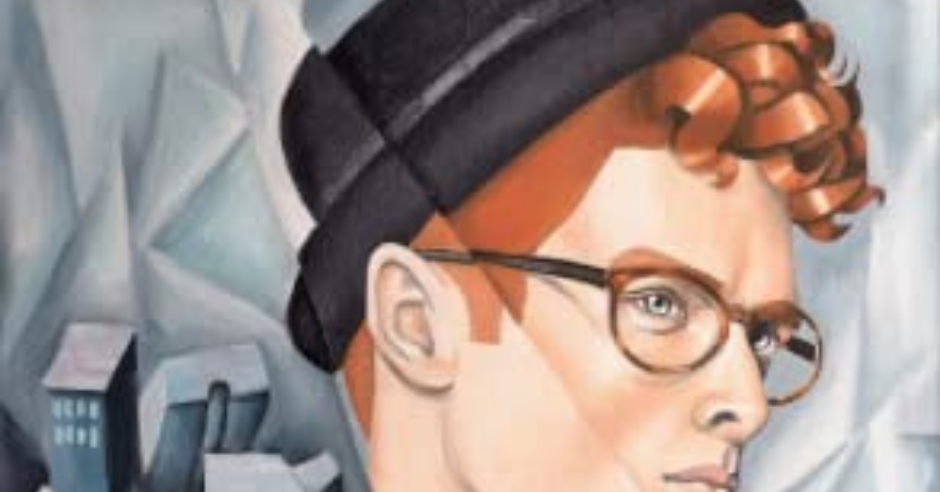 Reed Rothwell is part of a subculture of art deco era enthusiasts, pushing back against bland mainstream society and its mandated technology

Mazarin Blues by Al Hess was one of the semi-finalists for the first-ever Self-Published Science Fiction Competition. It’s the first book in the Hep Cats of Boise series, followed by Sable Dark, with Em’s Gator Club, and Gin Cat Jive as side stories. 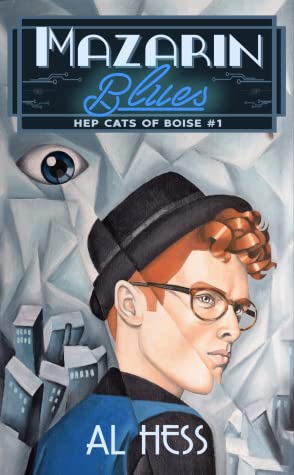 Mazarin Blues is a low-key slice-of-life story about artificial intelligence. Reed Rothwell is an introvert who values privacy and absolutely does not want the artificial intelligence that calls itself Mazarin intruding on him constantly. The A.I is intended to be his navigator, but Reed’s insistence on his privacy means the A.I doesn’t find a lot of use and when they do, it’s against Reed’s wishes.

The A.I, which names itself Mazarin, is different than other A.Is. Mazarin becomes a bit more independent and a bit more self-aware. The A.Is were programmed by Wave, a shady megacorporation, and many of the other people beta-testing these A.Is have disappeared or killed themselves. From that pitch, it seems like we’re going to get a sci-fi thriller, but the story we get instead is slower, more textured, and very much its own thing.

Mazarin and Reed’s dynamic near the start is best exemplified by this dialogue exchange:

“I don’t want help. I just want to be left alone. Why does no one understand that?”

<But your welfare is at stake–

“It wasn’t. Nothing happened.”

<Your blood pressure contradicts you.>

<If you had asked me for a better route to work to avoid rush hour traffic, I could have assisted you. Perhaps even a route with a coffee shop. And if your home cameras were on, I would have known uninvited people were upstairs drinking your beer and shitting in your bathroom.>

“Touché.” He shut his eyes inhaling the rich caramel and oak notes drifting from the tumbler.

The A.I’s voice came out startlingly thoughtful. <I think… I like the name Mazarin. If you address me as such, I promise not to invade your privacy anymore than necessary. I have a sleep mode after all.>

Mazarin is trying to help Reed as best as possible, and it’s help that Reed doesn’t want. The conflict there is one where both involved are absolutely justified and understandable without either needing to be in the wrong.

The series is called Hep Cats of Boise because the characters are all part of a futuristic art deco movement, complete with its own slang. A lot of the story takes place at an art deco bar called the Gator Club run by Em. Rather than the science fiction thriller, we end up getting dual romances, between Reed and a character named Jax, and Em and Mazarin, as the latter starts to use technology to grow beyond its original framework.

The relationship between Jax and Reed has the snag that Reed is still very introverted, and some of their early flirtations feel very one-sided because of that. The Em and Mazarin relationship, with its technological limitations chafing against the energy of a new relationship, had a stronger spark.

The grounded nature of all of this gives a greater heft to the machinations of Wave, so as that plot looms larger and larger near the end, the characterization and setting details mean you care more as they happen.

Overall, I greatly enjoyed this book and look forward to more of Hess’s work.