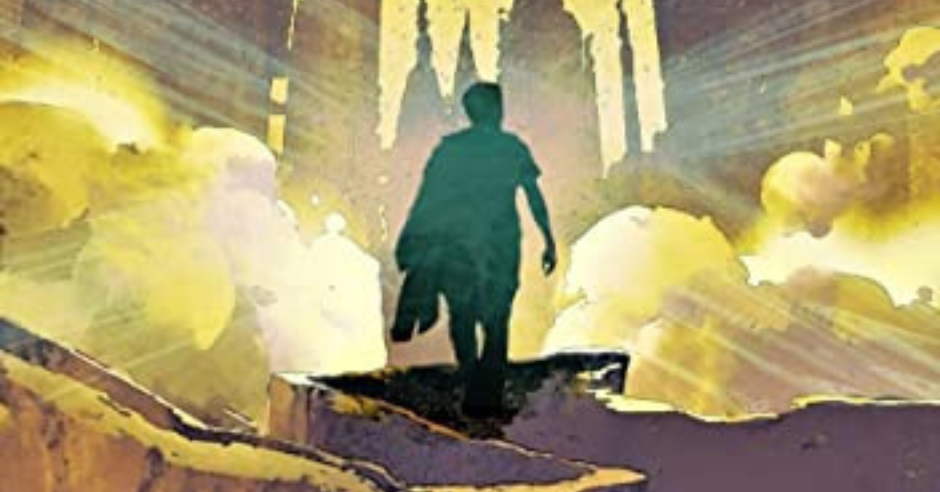 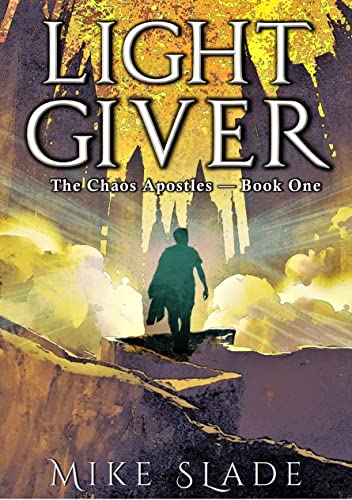 The theme of my May 2022 reading was #DebutFantasy, and among the excellent debut books I read was “Light Giver”, a new epic fantasy by Mike Slade.

The story is focused around teenagers Kaine and Na’Serra. Kaine, through circumstances beyond his control, is forced to separate from his father, abandon his home, and seek the wardship of his uncle. Kaine also discovers he is imbued with magical healing powers. Events continue forward, and Kaine is compelled to travel to Na’Serra’s realm, where the two young people meet. Na’Serra also has magical gifts, that she must learn to harness.

Both teens must ally, and embark on a quest to fully realize their magical powers, and save humankind, though all the while Na’Serra is hunted by a sinister anti-magic group. The teens will be hard pressed to overcome any differences between them, trust each other, and survive.

For me, every novel’s enjoyment lies for the most part in character development. While I did crave even more appraisal of the main characters, overall I was quite satisfied with what we learned from Slade about those characters in terms of their viewpoints, motivations, and ideals.

Slade’s two protagonists in “Light Giver” hail from diametrically opposed classes and standards of living. This makes for some interesting reading, as the two characters learn about each other and bond over the course of the book.

Na’Serra is a princess, while Kaine’s origins appear more downtrodden. This difference in class sometimes brings the two main players into opposition with one another, as they strive to see each other’s unique perspectives.

What unites the two is their age – replete with all the teenage angst, growing pains, and discomfiture – and their burgeoning powers that they struggle to understand and control. These two were excellent characters, very well-drawn by Slade, who the reader will no doubt root for. Both protagonists mature and evolve as the book progresses, as they face numerous dangers and challenges.

Slade also gives the reader a religious fanatic as the primary antagonist, and any one who has read my reviews knows that this is precisely the kind of baddie that I find wholly fascinating. To balance this, we meet the guardian of Na’Serra, named Deondoria, who becomes the moral conscience of the story, and helps guides the young novices through many trials and tribulations, as they begin to fulfill their destiny.

Books without depth in terms of issues being addressed tend not to engage me as much as those who tackle sensitive topics. I was happy to find that Slade took on some difficult subject matter in the book, and handled that subject matter with aplomb.

Slade probes some compelling themes in “Light Giver”, such as mental health, identity, adherence to one’s religion while avoiding religious intolerance, monotheism, cultural sensitivity, open-mindedness and enlightenment. Much of these themes are explored through Kaine’s arc, and throughout the book Kaine is confronted in terms of his ability to examine his beliefs and adapt his thinking.

The worldbuilding and magic system were also strong points to this book. Particularly the power to heal and rune casting I found very interesting, although Slade teases the reader, keeping the full extent of such powers, it would seem, for later installments in the series. Slade is deliberate in his creation of various cultures, faiths, and customs within his world, and how the differences between people impact the story.

This is a gripping novel, and for all Slade’s excellent character work, the book is well-paced.

Give me a well-written, character-driven book with compelling themes, and you will have my attention. There is a lot more to “Light Giver” than those two elements aforementioned, and because of the sum of it’s parts, “Light Giver” is a 4.50 out of 5, and Mike Slade has put me on notice that he is an author to watch. I’m looking forward the next book in the “Chaos Apostles” series.

Review – THE SHIPS OF MERIOR by Janny Wurts