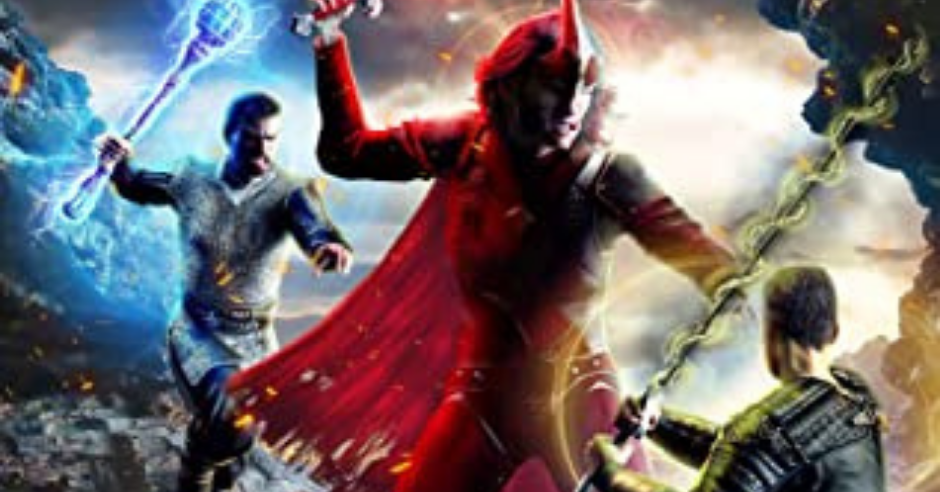 The antagonists are kind of what you expect from a game world, a mix of fantasy baddies, although there is something going on in the background causing monsters and villains that shouldn’t be released in a noob area to appear and wreak havoc. 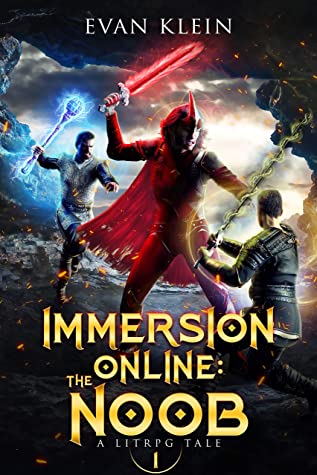 What is Immersion Online: The Noob About?

Charlie Mason (AKA Mace) is a former detective for major crimes who is forced to retire. His former Captain offers him a job as an in game constable for the hottest virtual reality game around, Immersion Online. This down and out detective knows nothing of character creation, leveling up, or magical artifacts. He is a real noob. He spawns in the Wilderbrook – a group of human and humanoid villages hundreds of miles from the nearest city – to learn the ins and outs of the game before he assumes his role as a constable in Grandview – one of the largest city in The Great Realm. In the Wilderbrook, he and his new companions come up against an ancient evil. Mace is low level and way out of his league. But virtual world or not, Mace still has his wits and training as a detective. And he is going to need them!

I’ve been really lucky lately to get a chance to review some really good books. Immersion Online: The Noob, is no exception to that. I have to say, the author takes his world-building seriously. Set about 50 years from now, the real world of the book has a certain real tech billionaire turning 100, after accomplishing things like starting a colony and Mars and working on a space elevator. There are advances like nanite tech, which make death by things like heart attacks a thing of the past if administered in time. VR gaming is now commonplace, with full immersion finally being possible, although the gameplay is actually time limited to 12 hours in a row, to ensure people aren’t in game to the point they forget basic necessities. This is actually a cool point, looking at the real-world consequences of gaming too much. Not something a lot of stories deal with.

The characters really shine, especially the main protagonist, Charlie, who goes by Mace in game. After his forced retirement from the police, taking the job to become basically an in game cop is pretty funny, since he is not a gamer at all. He was also an old school kind of cop, more get the job done than worry about hurt feelings, so having to learn to work in a game world where cooperation is part of the game is hilarious to watch. Its a fun character arc to watch as Charlie discovers there is more going on in the game than he was led to believe, and he is now forced to discover just what the ghosts in the machine are up to. There is something boiling under the surface that is causing things that shouldn’t happen in the game and its a good thing Mace was a detective, because those skills serve him well throughout the game.

The secondary characters are a fun bunch. From his IRL boss, his old captain on the police force, to his various companions on his quests to level up in the game, there are a fun mix of personalities and skills that help compliment Mace’s skills, although being real people, they tend to make mistakes as well. The NPC’s are like nothing I’d ever seen before, since they are AI-controlled, and basically have free will within the game, so act like real people, with all the strengths and flaws that brings. They actually react like real people will, so it adds a whole new layer of realism.

The antagonists are kind of what you expect from a game world, a mix of fantasy baddies, although there is something going on in the background causing monsters and villains that shouldn’t be released in a noob area to appear and wreak havoc. I really enjoyed seeing where this went because seeing the characters go up against hopeless odds and still trying anyways is always one of my favorite things. The villains play very well against the protagonists and were darker than I expected in a LitRPG book. Good play by the author.

The audiobook narration is performed by veteran VO actor Todd Menesses. It is his usual excellent performance. He gives each character a life of their own, using various tones, cadences, and accents to differentiate the various characters. You are never in doubt which character is speaking, His narrative pacing is fantastic, never droning in a monotone or having a bunch of weird pauses. Like I said, an excellent performance.

While LitRPG might not be for everybody, I would like to challenge people to expand their horizons. This book has so many cool fantasy and sci-fi elements that the LitRPG elements shouldn’t distract. This is not a harem kind of wish fulfillment book, either, so no worries on that account. Its just a solid, fantasy-based book that should appeal to fans of both LitRPG and fantasy alike. I highly recommend it, because book two is due to be released later this month, so you won’t have to wait for your next fix.

Check Out Immersion Online: The Noob by Evan Klein