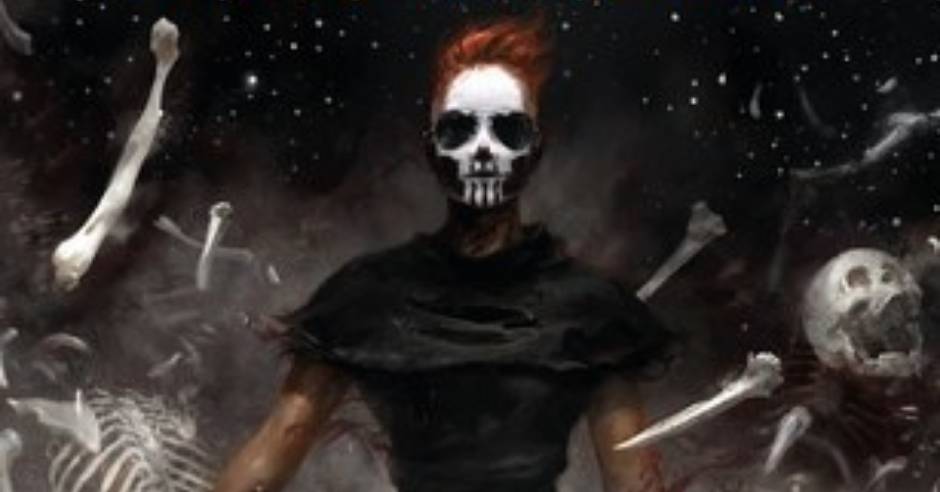 it is a hard book to review, because it may have suffered under the weight of my expectations

Gideon the Ninth is an interesting beast. It’s been sitting on my TBR list for quite a while, and I finally managed to get to it post-SPFBO. I’d heard all the scuttlebutt around it for the past two-ish years and I was super jazzed to finally read it. Now, having read it, and having perused other people’s reviews – a benefit of a late review – Gideon seems incredibly polarizing. Either you fall in love and squee about it all over the place, or you bounce hard off of it and it’s totally not for you.

I, with my questionable tastes, of course, land somewhere in the middle.

Gideon the Ninth is a hard book to review, because it may have suffered under the weight of my expectations – which I saw was a common theme amongst the lower scoring reviews. It’s billed as ‘lesbian necromancers in a haunted castle in space’, and – to its credit – its exactly what it says on the tin. It’s full of creepy gothic space nonsense that’s very lovingly and creatively described – plenty of bones, and skeletons, and death magic, and facepaint that readers have crowed about. But the other thing that gets frequently mentioned about the book is its sense of humor – particularly the character of Gideon who is a proverbial Great White Snark who feasts on jokes and memes.

And the marriage of these two things is where I feel the book hits a stumbling block, because they constantly feel at odds with one another. The monstrous gothic death castles and necromancer societies and Gideon’s 2020s-style rebellious attitude are two great tastes that don’t necessarily go great together.

It’s not that I don’t like the character of Gideon or her attitude or her jokes. On the contrary, that’s the part of the book I love. I’m personally a very jokey boi, and I wanted more of that! But the somber, dark, epic worldbuilding doesn’t give the character of Gideon enough breathing room to explore herself or for us to explore her. The world and the other necromancers in it – who are generally very dry characters that I often had a hard time telling apart – constantly push back against her and just kinda silence her voice and numb the narrative. For most of the first half of the book, Gideon is literally barred from talking aloud, so I felt robbed of the witty quips and banter I was looking forward to. Consequently, the voice of the book felt snuffed, with fun taking a back seat to dry narrative about fighting styles, necromancer politics, and the admittedly limp mystery of the gothic castle.

Now take what I say next with your saltshakers at the ready, because it’s all supposition. But I don’t feel like Tamsyn Muir deserves the blame here. There’s bones (haha) of a more integral humorous voice there, but I can’t help but feel like it’s being hamstrung, and thus commits a cardinal sin of comedy: not committing to the bit. My hunch is that the editor(s) had a pretty heavy hand in toning down the book from something that might’ve been a bit more consistently outrageous and funny. Why? Because as I’ve been repeatedly told by multiple sources, humor doesn’t sell. Which may or may not be true*, but it may have been a driving principle on why the book is less funny than I was promised/expecting.

Regardless of if that is the case or not, it doesn’t change the fact that the narrative struggles to transition between Gideon’s snarkiness and the more serious world and plotbuilding. The voice vacillates between comedic and straight so abruptly it sometimes gave me whiplash. I couldn’t help but feel that if the comedy were spread more evenly, the book would have been able to hand the audience off to the more serious parts with a bit more deftness.

But listen, at the end of the day, Gideon the Ninth is still a pretty fun book with a lot of crazy ideas and nice little meme jokes that will keep those readers who are less obsessed over comedic craft laughing. There is a great, dark world that Tamsyn Muir constructs here. One with outside-the-box rules and bizarre, arcane mystique. It’s certainly one of the more creative space opera-style books I’ve ever read. And despite everything I said above, I did enjoy it. I just felt like it could’ve been so much more.

Will I read the sequels? Probably at some point, but I’m not personally rushing out the door for them.

*It’s definitely true if you look at the sales numbers of my dumb sci-fi comedy books.

Check out Gideon the Ninth