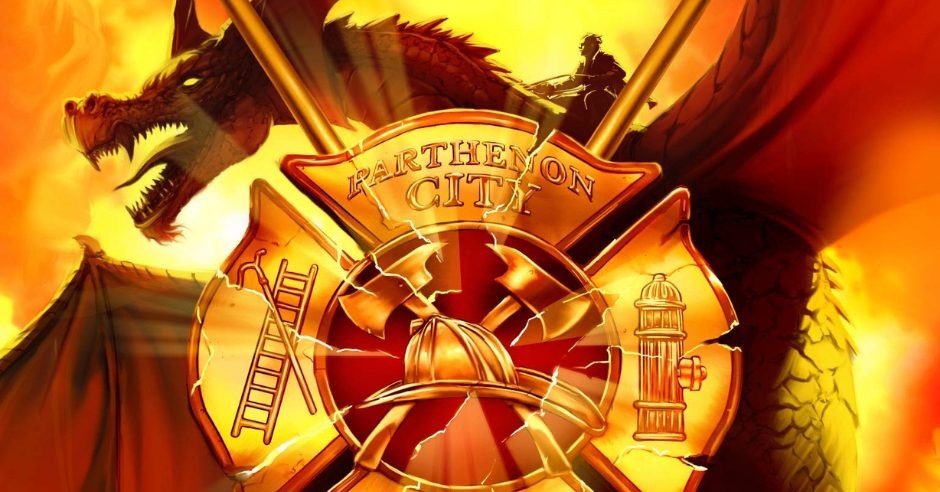 Another exciting book about firefighters and dragons 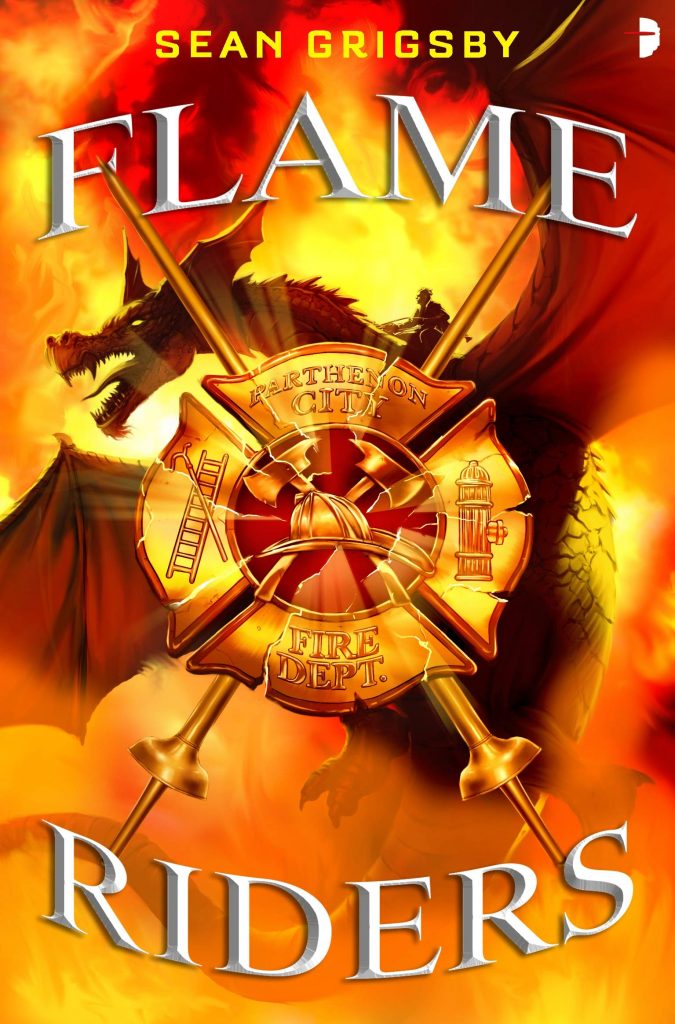 In the final instalment of the Smoke Eaters series, the New United States Army has taken over and America has devolved into a full-on dragon apocalypse. Smoke eaters are banned and have gone into hiding to avoid being held prisoner by the soldiers.

Guiellermo Contreras is a private in the NUSA, and when he’s accused of potentially being a smoke eater upon pain of death, he escapes and sets out to find the heroes who disappeared years before. But what he discovers is that the NUSA has been working on something unthinkable, and it’s going to take more than a few smoke eaters to stop them.

Flame Riders, the third and, from what I understand, the final story in the Ash Kicker’s universe, is just as much fun as the first two books and had me finishing the book in one night. To recap the first couple of books in the Ash Kicker’s universe, the world is a violent and ash-covered dystopia. Dragons of all sorts have erupted from the ground years ago and wreaked havoc on humanity. They burned down whole cities and brought humanity to their ash-covered knees.

That is, if you can survive dragon smoke. Not many folks can; if you can, you are deemed a smoke eater and trained to fight dragons. And the dragons are winning. Boy, are they winning. Grigsby pulls out all the stops and incorporates dragons from myth, i.e., the phoenix from the second novel, to new creations that look a bit like a kid with a crayon thinking of the wildest beasties possible. Also, did I mention that once you have been chewed into human bits your spirit becomes a whole new creation with sharp claws that goes after you?

There is gore, there is action, and there is that sort of Godzilla versus Japan kind of glee when reading it.

In this installment, the military has taken over control of the defense of humanity’s cities and towns and has dismantled the Smoke Eaters and killed and kidnapped all those they found in hiding. They suck at defense, run on bribes, and steal food and supplies from the meager rations of the surviving human towns—an insult to injury. The remaining Smoke Eaters are in hiding or gone and have become nothing more than a heroic memory.

Enter this Flame Riders protagonist, Guillermo Contreras or Gilly, to his family. A kid who is a fanboy to all things Smoke Eaters. In his youthful exuberance and naivete, he joins the military in thinking that he could make a bit of difference or good in the world. He is sorely mistaken and is abused, mocked, and bullied during his year in the ranks. He has to earn his place, which is an impossibility because his very nature goes against everything they stand for.

After his squad is attacked by a dragon and carnage happens, Guillermo sustains a burn. Or, it is thought he had. When Smoke Eaters skin is burn tolerant. He isn’t burned when he should be, and he is in a lot of trouble. Later that evening, after eating his last can of delicious peaches, a rarity. Gilly awakes to his whole body being paralyzed and his robotic officer accusing him of having to test him as a Smoke Eater.

From there, there are brilliantly done battle effects, crazy dragons, wild fire fighting, and fun characters—some special surprises. Gilly comes into his own throughout the story, and I loved seeing that. I found myself cheering for him throughout the series and cheering for all of his newfound family he meets along the way. The dragons are meaner in this book; there is one multi-headed one that made a fantastic scene.

I love this series and have loved it as I went through it book by the book. It is incredible, so unbelievable that it makes you laugh. You might think, “firefighters fighting dragons? C’mon,” Hell, yes, they fight dragons, and it seems like a logical jump considering the circumstances. What the hell else will they fight when all buildings have to be made of cinderblock and asbestos now? They have a genetic quirk of breathing the poisonous cloud of smoke dragons breath, so why not use it for the good of humanity?

So I say hell yes to dragons and firefighters! Get out there and read Flame Riders or this series from the start, have some popcorn and enjoy it!