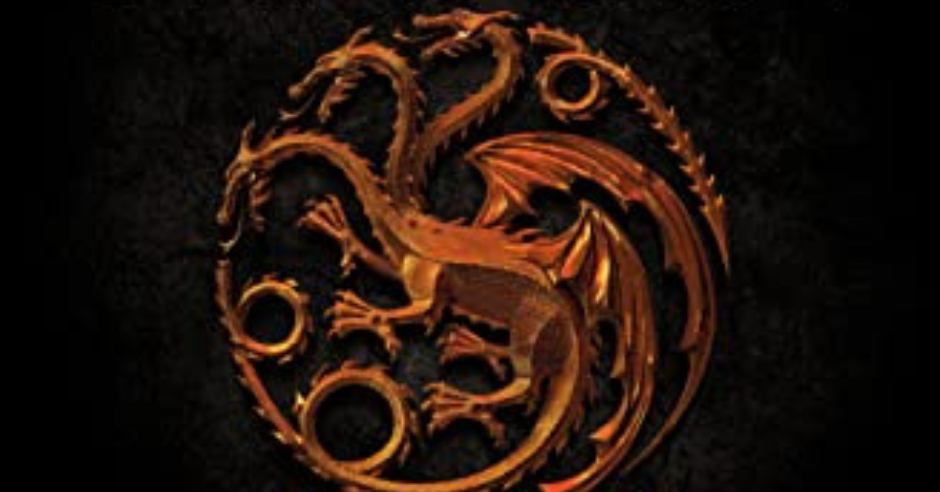 “Then the storm broke, and the dragons danced.” 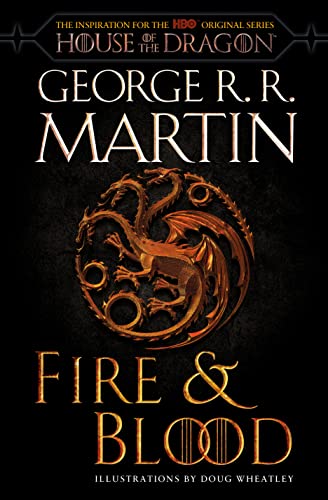 George R.R. Martin released A Dance with Dragons in 2011 and we’ve been waiting eleven years for the sequel, The Winds of Winter. However, that doesn’t mean that he hasn’t been active during this time. He has been laying the groundwork for multiple new television series, wrote part of The World of Ice and Fire, and hinted at continuing his Dunk and Egg series that I quite enjoy. However, I think the thing he accomplished most in that time is Fire and Blood.

I should note I don’t hold the long wait between books against George R.R. Martin before I continue. I’m one of the people who believes the issue is less not working on it than the fact the story has grown like tree branches from the main trunk with no end in sight. People want the story of Daenerys, Jon, Arya, and Tyrion but he’s become caught up in the tales of Young Griff as well as Penny the Jester. Mind you, my suggestion would be to do side-series and have a hundred books like Dragonlance but I’m terrible that way.

Fire and Blood is a crypto history of Westeros, specifically the Rise and Fall of the Targaryen Dynasty starting with Aegon the Conqueror then moving through each successive generation until reaching Aerys the Mad. This is an expansion of the history found in The World of Ice and Fire as well as the Song of Fire and Ice books themselves.

This might seem to be boring, but George R.R. Martin maintains his deft touch creating fascinating relationships and bringing characters to life that could each be the base of their own series of books or shows. George remains perfectly capable of creating vivid personalities that leap from the page even when they don’t have any dialogue or appearance on page save descriptions about them.

My favorite of the Targaryen dynasties is the Dance of the Dragons between Rhaenyra Targaryen versus Aegon the Second and his mother, Alicent Hightower. This is going to be the basis of the House of the Dragon show so I’m not going to get to into the details, but it is a fascinating story of primogeniture, backstabbing, love, and dragons. The fact it’s about a Targaryen Civil War that has dragonriders on both sides means that I am very excited to see it onscreen.

This is primarily a work for those who absolutely love Westeros history and world-building, but it is never boring despite being a history text. George is smart enough to keep all the salacious and twisted details about the Targaryens intact throughout the text while real-life history often downplays these elements. Was Aegon I’s eldest child really his or a singer’s? Was Maegor the Cruel resurrected as a zombie? What really was going on at Summerhall?

George R.R. Martin is the master of the “Mystery Box” form of storytelling and leaves all manner of breadcrumbs as well as clues to lead his readers on. However, unlike the majority of said users of this trope ala Chris Carter and JJ Abrams, it’s clear he does have answers to the mysteries he invokes. There’s all sorts of riddles for the ages spread throughout the book but you aren’t left unsatisfied either because the book often offers their own suggestions as to what might have happened.

The art of the book is black and white compared to the vibrant colors of The World of Fire and Ice. Still, the art is fantastic, and helps add to the book’s appeal. Still, I must admit that I’m a huge fan of the character art in other Westeros-related media and feel like they could have inserted more of that here for the benefit of readers. It’s not like George R.R. Martin or the publishers can’t afford it.

In conclusion, Fire and Blood is a fantastic companion piece to both A Song of Ice and Fire as well as the Game of Thrones media empire. If you’re not fantastically into the world-building and history of the setting, though, you will probably be disappointed. This is not a novel but more a very well-done pseudo-history of events. A summary of the good parts, really, that is done in an entertaining and well-formatted style. It also spoils the hell out of a lot of potential projects that may someday be shows.