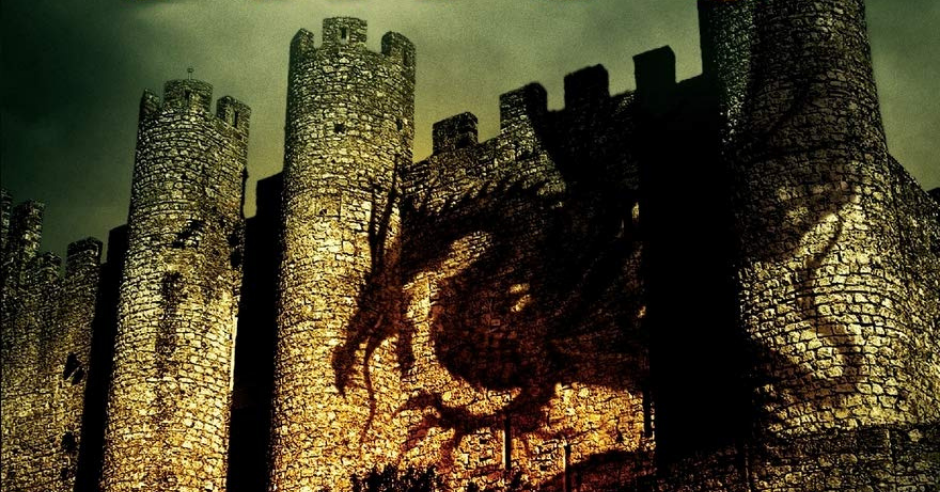 Review – Eyes of the Dragon by Stephen King

THE EYES OF THE DRAGON

“He knew as well as we in our own world do that the road to hell is paved with good intentions–but he also knew that, for human beings, good intentions are sometimes all there are. Angels may be safe from damnation, but human beings are less fortunate things, and for them hell is always close”

I’m very late to the Stephen King party, a mistake I fully intend to correct. This book drew me because, after The Gunslinger, I felt like it was a good place to dig deeper into the mythos of the man in black, and also because a good Cain and Abel retelling is exactly what I need right now.

The in-progress second half of my own four-book series is in many ways an Epic Fantasy East of Eden, but deconstructed and mutated a bit so the reader can’t see what’s coming from miles away, which I could in the first half of this book. Oh look, the less-favored son is pouring his heart and soul into a thoughtful gift for Daddy, I wonder how that’s gonna turn out … where have I seen that before? *cough* Steinbeck … *cough cough* whoever wrote the Book of Genesis.

It’s been half my lifetime since I read East of Eden, Steinbeck’s allegory of the Cain and Abel tale, but what’s stuck with me is that Cain holds so many more compelling possibilities because, compared to the golden boy who can do no wrong, he has a much bigger climb to make from the depths of disgrace toward redemption, and you root for him to find the strength to succeed.

Steinbeck’s idea of “Timshel” inspires hope because its message is that your fate is not set in stone—it’s in your hands and you can make it what you will. You have a chance to leave your sheltered little paradise, go out into the harsh world and pile a mountain of good on top of all the mistakes you’ve made.

I won’t spoil how King’s interpretation played out, but damn it was heavy on the telling and super light on the showing. Thomas simply hates his older brother, we’re told several times, underneath the love we’re also told he bears for Peter. That explanation just has to suffice along with a few brief experiences we get to witness, when those seeds of bitterness could have been more artfully implied rather than spelled out on big signs that bash us on the nose.

Although the omniscient narrator’s frequent head-hopping made me feel pleasantly naughty after being used to a Third Person Limited POV for a long stretch (and because my editor has scolded me for a few abrupt POV switches) it often felt like I was observing the characters from 30,000 feet. I’d rather take a rough walk in their shoes and feel the blisters develop on their heels rather than be told “they walked from here to there and got blisters.” That more intimate connection to their struggles and motives would have immersed me more in this story.

The second half definitely made me glad I stuck with it as the threads King introduced wove an elegantly unified tapestry full of conflict and suspense. As new as I am to the multiverse containing King’s stories, I found myself wondering if this could be set on Earth centuries after The Stand and before The Gunslinger (that’s probably wrong, which is why I need to read much more King, but I loved how this book made me speculate about that).

Despite several things in this review that might make me sound like an a**hole, I enjoyed this book and am proud to have it in my collection.

Charles Laurence Murray was born in 1989 and grew up in San Diego, California. He spent many days lost in the humming, spark-scattering clashes between Luke Skywalker and Darth Vader, caught up in a charge with the Riders of Rohan, and enthralled by the cadence and poise of Doc Holliday emerging from the shadows to face Johnny Ringo. When he was thirteen, he became obsessed with the idea of an eagle-riding, sword-wielding hero and developed it over the years into an epic, four-part fantasy series called The Tale of Eaglefriend.

He published his first novel, A Facet for the Gem (The Tale of Eaglefriend–Book One) at the end of February, 2016, and it has been featured on ten Amazon Top 100 lists, ranking at #2 in Kindle Teen Epic Fantasy, and at #5 in Kindle Adult Epic Fantasy. Podium Publishing, the award-winning audiobook publisher whose first fiction title was Andy Weir’s The Martian, picked up the audible rights to The Tale of Eaglefriend five months after its debut, and narrator James Foster brings the first installment to life with a stellar performance.

On November 1, 2018, after weeks of severe illness while beginning the final three chapters of Eaglebreaker, he was diagnosed with testicular cancer that had metastasized to his lungs. The ensuing months of chemotherapy and other treatments were highly effective, and finally in August of 2019, after learning the cancer had spread to his brain and enduring a string of seizures from the hemorrhaging, he completed the book. Thanks to California’s remarkable health care and the expertise of his doctors and nurses, he has a long, happy life to look forward to.

The Tale of Eaglefriend will continue with Books Three and Four.