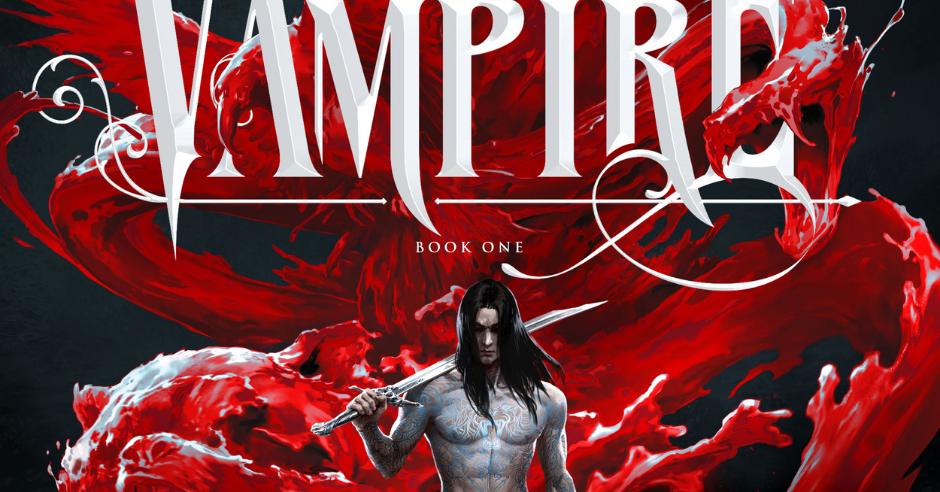 Review – EMPIRE OF THE VAMPIRE by Jay Kristoff

After reading it, I can see why. This novel, the first book I’ve ever read by this author, was gory, breathtaking, and brilliant. Overall, a gothic, brutal masterpiece.

In the novel, Kristoff whisks the reader off to the fictional realms of Nordlund, Talhost, Ossway, and Sudhaem: the Empire of Elidaen.  Elidaen is a once vibrant place that is now dimming under the shadow of the vampires encroaching, slowly, inexorably taking over the denizens of humankind. The sun has vanished, and with it, the last impediment to vampires gaining full strength, and the ability to finally vanquish their human foes.

There are four vampire clans, but one has emerged preeminent over all the others: Blood Chastain, who sports the sigil of the wolves. Blood Chastain seeks to put all of the former Empire (including rival vampire clans) under their heel, and are very close to accomplishing their goal. Still, the crowning achievement of their coup d état may be that they have managed to capture the infamous Gabriel de León, last of the Silversaints, the Ordo Argent.

The Silversaints were a half-vampire, half-human – palebloods. They are a chivalric order, sworn to defend the Holy Church, and the Empire, acting as a tool of God, destroying vampires and other monsters, trying to save humanity from the overwhelming tide of darkness descending on the land.

“We hunt and kill those monsters that devour the world of men. Faekin and fallen. Duskdancers and sorcerers. Risen and wretched. And oui, even highbloods. Once vampires lived in the shadows. But now, the highbloods do not fear the sun. And the Forever King’s dark legion grows nightly. So we, the sons of their sin, must pay the burden of the cost. We shall stand, or all shall fall.”

But you can’t keep good undeads down, and the Silversaints are no more, destroyed in the war versus the vampires. As the only remaining of his elite order, Gabriel expects immediate death, rather than captivity, however the vampire empress is determined to have Gabriel recount the story of his life, and have that story recorded for vampire posterity, before he is executed. Another vampire, a historian named Jean-François, is sent to pry the tale out of Gabriel. The grouchy, recalcitrant Gabriel grudgingly agrees.

Hence, the book is narrated by Gabriel, speaking all about his shocking, heart-breaking, and bloody life as the bane of vampires.

Similar to the format of famous books “The Name of the Wind” by Patrick Rothfuss, and “Interview with the Vampire” by Anne Rice, Gabriel recounts his tale to the educated, smooth, elegant, wity, and orderly but disdainful Jean-François. Gabriel’s story has several distinct timelines, so there is some hopping around, rather than a strictly linear narrative. For example, one timeline is about Gabriel’s childhood, what fuels his desire for revenge and how he joins the Silversaints, and rises to become their most feared warrior. The other timeline involved Gabriel having grown to manhood, and already become a legend.

Gabriel’s jumping around in his story irritates his chronicler, Jean-François, but the reader need not fear. Kristoff does an exceptional job of keeping things well sorted for the reader, and the shifting timelines only builds the sense of tension and dread as we discover the mysteries surrounding the Silversaint Order, the vampire war, and the quest for the Holy Grail, that vampires fear as the only possible weapon that could bring about an end to their domination. And Gabriel seems to be the only being living to have found it. And lost it.

The character work in this book is stupendous. It all starts with Gabriel, a fascinating person, who grows up actually really wants to be a hero, and seeks glory at every opportunity, but the cost of celebrity is high. Gabriel has a difficult time coping with his lot in life as a half-vampire. His adoration of and devotion to his mother, his difficult relationship with his abusive step-father, and his desire to protect his siblings, garner him sympathy. But his gruff, sometimes callous, insensitive, and arrogant attitude, world-weary and disenfranchised stance, though understandable, runs him afoul of even those who care about him most.

Yet, in the end, he is a fabulous character, hilarious, resourceful, and full of heart, and a never-say-die resilience. And, of course, a completely daunting, vampire killing-machine. Far from infallible, but extremely formidable.

The supplementary characters are awesome. The other Silversaints, their unique personalities, and Gabriel’s sometimes volatile relationship with them, especially Greyhand and De coste, make them very compelling. The other main players, Astrid, Chloe, and Dior, are very well-drawn, and their interactions with Gabriel make for some very humorous, poignant, and gut-wrenching moments. The baddies, especially the charismatic and terrifying Voss family, will make you shiver with fear, and shake with hate.

But my favourite element of the characterization was the repartee between Gabriel and Jean-François. Always ultimately menacing, with a veneer of haughty civility and snoberry, Jean-François’ sophisticated wit is juxtaposed beside Gabriel’s ruthless, sweary, crude, and biting humour. Gabriel knows he’s a dead man walking: when Jean-François has the information he wants from Gabriel, Gabriel is going to die in excruciating agony.

But the incentive is for Gabriel to prolong his life as long as possible, in as much relative comfort as possible. Jean-François also knows that while he is more powerful than Gabriel, the last Silversaint has a reputation for being wily, and cannot be underestimated or trusted to go down without taking vampires with him, perhaps even Jean-François. It makes for a captivating dynamic, as the two mortal (or immortal if you wish) enemies even have some moments of mutual admiration, or even empathy, even though you know, eventually, only one of them can leave the room where Gabriel is being imprisoned, alive.

For, regardless of surviving captivity, the implication is that Gabriel is not meant to live a long life, because Silversaints become overwhelmed by the vampire side of their heritage, and take the noble way out when their craving to satiate themselves on human blood becomes too strong, as they age. The noble way out, that Silversaints take, is voluntary assisted suicide.

“Better to end this life than lose your immortal soul. In the finale, that is the choice before every paleblood alive. Live as a monster, or die as a man.”

The world-building is wonderful, lush, late medieval-early Renaissance inspired, with a dash of French je ne sais quoi. The wonder of the cathedrals, the poverty of the downtrodden villages, and the majesty and fading splendour of the halls and courts of the rich and powerful, are drawn with immaculate care. The magic and religious system will be familiar with many of our myths and legends about vampires, and Christianity-inspired faith, with a martyred Messiah, patron angels, abbots, and the like.

There were numerous features of worldbuilding and magic I loved. One of them was Ashdrinker, the possessed sword that Gabriel wields, and acts as not only a fearsome vampire-slaying weapon, but also as companion, and even conscience for the legendary Silversaint. I adored the various powers and attributes given to the different vampire houses, the political and religious intrigue, and the apocalyptic concept of “Daysdeath”.

I must comment here on the glorious artwork, illustrations, and maps that adorn the book. They are simply fantastic.

The themes explored in the book are myriad, and they are compelling. Addiction, torture, self-sacrifice, self-preservation, tragedy, revenge, bigotry, homophobia, loss of faith, death, grief, loss, vanity, the pursuit of glory, religious zealotry, defying and trying to change one’s fate, hopelessness and despair, are all part of this book. Of note, if you don’t like profanity, this book won’t be for you. As noted, Gabriel’s language especially is pretty colourful and consistent when it comes to the cussing.

This is a dark book, blood-soaked, lots of throat-cutting (and of course throat-ripping), lots of profanity, bleakness, and despair. There is also lots of dignity and grace, and courage in the face of hopeless odds, so the book is not all nihilism.

The fight scenes are spectacularly gruesome, and some of the quieter, introspective moments, or expressions of love or friendship and nobility will bring a tear to the reader’s eye. The romances are lovely, the camaraderie is stirring, and despite the sense of impending doom, the success by many of the humans to carve some beauty out of the grim, besieged, and sunless existence, really made this book shine.

This is a chonker of a book, but all credit to Kristoff, in that it’s a complete page-turner at just over 700 pages of gorgeously-illustrated, luscious hardcover for my edition. Kristoff’s prose is stellar, and you’ll look up from the end of the book wondering where the time went, and absolutely wanting more, right away.

This book is astonishingly good! Five stars for “Empire of the Vampire”, and I’m all in for any subsequent books in the series!

Read Empire of the Vampire