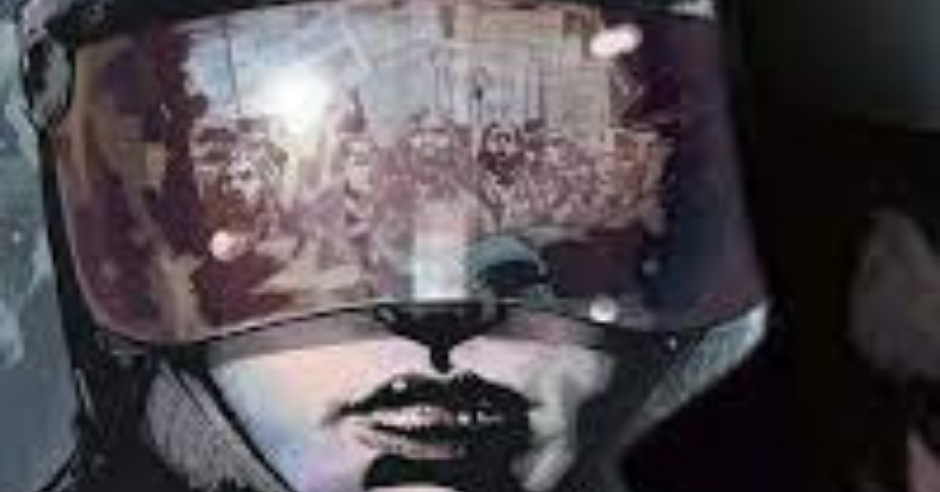 JUDGE DREDD is one of those comics that suffers from a fandom that sometimes isn’t on the central joke of the premise: that its protagonist is a fascist who is working for a system that is utterly nonfunctional. Creator John Wagner was fully aware of the irony and deliberately wrote it as a bleak comedy about a man who desperately believed in the law like a priest while seemingly being utterly blind to the fact said law was created by falliable mortals. Even after stories like “The Day the Law Died”, “America”, “Democracy”, and the 19th or 20th corrupt Chief Judge there’s people who think the Judges have the right idea. 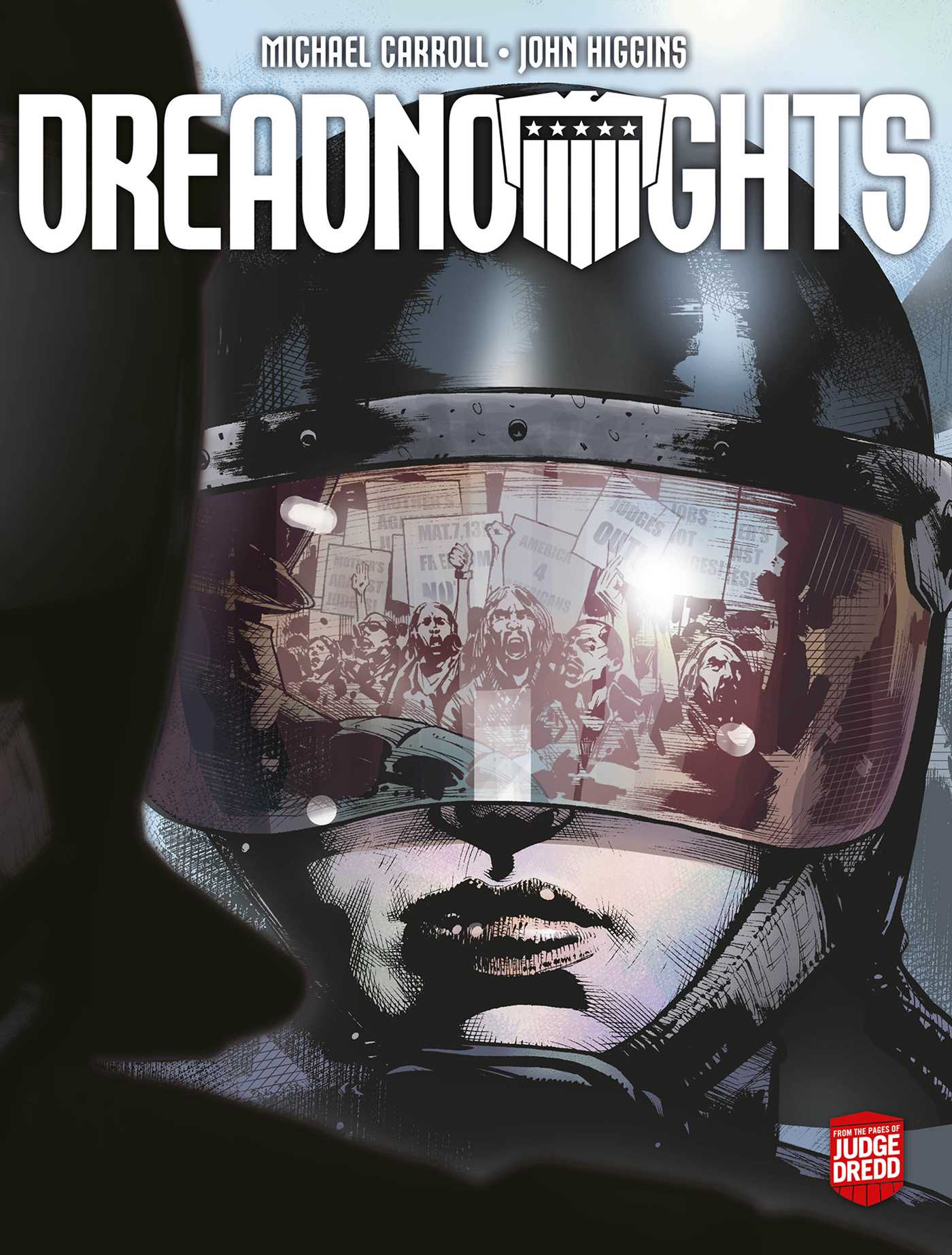 The premise of DREADNOUGHTS: BREAKING GROUND is pretty much a rather ham-fisted attempted to spell out for the reader that, no, it’s actually an utterly horrifying system to live under and terrible in every possible way. Whether such a story needed to be told or not is questionable since I’m of the mind that readers are generally not morons. If they support the authoritarian ruthlessness of the Judge System in RL or at least think the system is not hard enough rather than too hard, it’s because of their own political leanings versus not “getting it.”

Nevertheless, I admit I’m a fan of the more serious Judge Dredd stories. I’ll never like Judge Death and his cadre of lich Judges as much as I enjoy stories about failed democracies and Chief Judge Fargo realizing that he has utterly screwed the pooch. This one treats its premise as seriously as possible with the transformation of American policing and prisons to the horrors of Dredd’s world.

The premise is Judge Veranda Glover is sent by Chief Judge Fargo to the city of Boulder, Colorado to deal with protestors that have gotten out of hand. By which I mean they were protesting and Judge Glover shoots a bunch of them for virtually no reason. The local police are uncomfortable with her methods (no kidding, really) but are helpless to do anything about it. It only gets worse as Judge Glover is assigned the task of finding a kidnapped child.

From there, Judge Glover proceeds to wreck life after life ranging from sending the father of the kidnapped child to prison for fourteen years for helping his brother escape a rape charge (though he claims he had no idea what it was for), assaulting a religious commune that may or may not be a cult, and insisting that every decision she makes is 100% right no matter how stupid or asinine. Effectively, she’s Judge Dredd without his softer qualities and against people who aren’t insane violent criminals. If the author wanted to create a truly repulsive character, which I’m sure they did, they succeeded beyond their wildest imagination.

Still, I’m a fairly progressive person and even I found the graphic novel to be heavy handed. Not only is a big speech made about the loss of liberty and how the Judge System is a symptom of a sick society not the cure but SEVERAL people make said speeches. Judge Glover’s perhaps only genuinely “cool” moment is when someone starts making one of those speeches and she just walks past him, ignoring it as the self important sermonizing it is. We get it, fascism bad. I’d argue that the book also shoots itself in the foot by making Judge Glover eventually solve the case–collateral damage be damned.

The art is beautiful and the story is dark as well as sad. This isn’t a “fun” comic but it’s not meant to be. Indeed, the foreword to the comic describes it as a “horror story.” It’s overly preachy but I can’t fault it for not being true to its convictions. It also does tell a complete story that does have a number of interesting twists and turns. I just wish Judge Glover had ended up dead on the street because, well, she sucks. It says something that the Judge Dredd backup story at the end is incredibly lighter by comparison and it deals with nerve gas.

Check out some of our other reviews

#FebruarySheWrote Review: When I arrived at the Castle by Emily Carroll