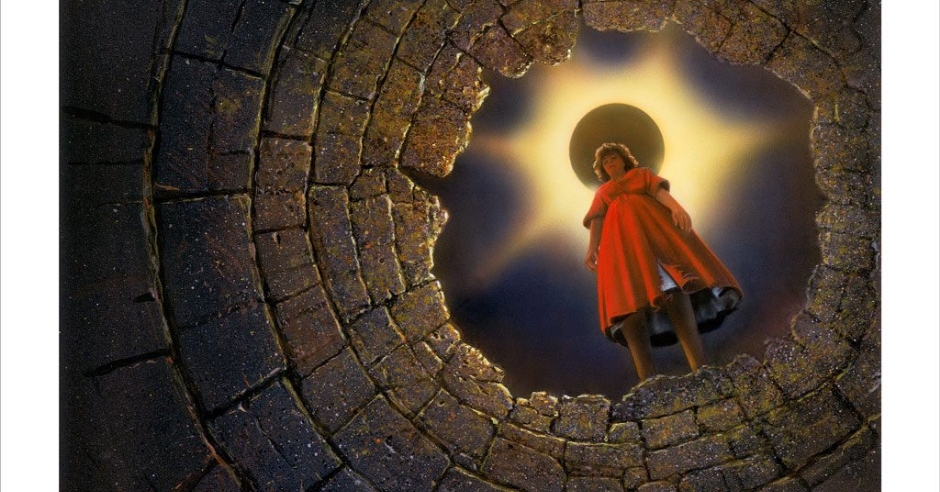 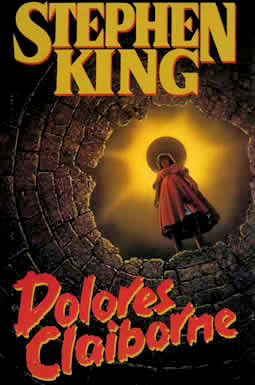 Suspected of killing Vera Donovan, her wealthy employer, Dolores Claiborne tells police the story of her life, harkening back to her disintegrating marriage and the suspicious death of her violent husband, Joe St. George, thirty years earlier. Dolores also tells of Vera’s physical and mental decline and of her loyalty to an employer who has become emotionally demanding in recent years

“Sometimes you have to be a high riding bitch to survive, sometimes, being a bitch is all a woman has to hang on to.”
― Stephen King, Dolores Claiborne

If you are new to Stephen King and haven’t heard about him, which would be crazy because who hasn’t heard of King, Dolores Claiborne is Stephen King’s first novel entirely told in dialect from a single person point of view. I don’t know many authors who could pull off the feat of writing something clear, concise and engaging like Dolores Claiborne while handicapping themselves with this type of narrative style.

Dolores Claiborne is told in one long and breathless story recounted at a police station after Dolores Claiborne has been brought in for questioning for the death of her senile and long time employer Mrs. Vera Donovan. Mrs. Donovan had taken a tumble down the stairs and subsequently perished from the fall. Dolores is under scrutiny by the police because thirty years prior, there were mysterious circumstances around the death of Dolores’s husband, Joe. Dolores, herself, is described as an aged, hard-worn woman in her sixties working as a housekeeper in the fictional island of Little Tall Island, Maine. Many of Stephen King’s novels take place in Maine, and some ways interconnect with each other. As an aside, if you pay attention to some of the character references in reading Dolores Claiborne, you will notice a direct connection to Gerald’s Game. One of King’s other horror works.

“What did you ask, Andy Bissette? Do I ‘understand these rights as you’ve explained em to me’? Gorry! What makes some men so numb? eNo you never mind—still your jawin and listen to me for en awhile. I got an idear you’re gonna be listenin to me most of the night, so you might as well get used to it. Coss I understand what you read to me! Do I look like I lost all m’brains since I seen you down to the market? I told you your wife would give you merry hell about buying that day-old bread—penny wise and pound foolish, the old saying is—and I bet I was right, wasn’t I?”
― Stephen King, Dolores Claiborne

It turns out that Dolores did not murder Vera. This isn’t a spoiler, we find this out in the first twenty pages or so. We also find out that Dolores did murder Joe, the whole town knows it, although they could never prove it. Dolores Claiborne, the story is really “the why.” Why would a woman murder her husband?

Dolores begins her tale, describing it in great detail to Andy and a stenographer, how she came to be married to Joe. How she came to work for Vera and how those two things shape who she became and the choices she took to get there. What you get is the in-depth look is a woman who will do anything to protect her family, and do what is right by her code of ethics. It is morally gray, but life is morally gray, and that lends a sense of realism to Dolores. I can imagine her existing somewhere in the world.

As soon as you get one paragraph into Dolores Claiborne, you will notice King’s use of dialect. I am of two minds of this. On the one hand, the jargon can be immersive; it can help the reader immerse themselves in a story. On the other, it can be frustrating and classist. Some author’s use dialects to divide rich folk from poor folk. If a character is poor, they speak unintelligibly, dropping letters, forgetting words, and using an excessive amount of slang in their vocabulary. It is lazy and insulting writing. However, I think dialect done well, as I believe King’s version here did not make the story difficult to read for me. It isn’t Riddley Walker and indecipherable. But it does add to Dolores’s character.

“One way or another, all the bridges between that time n this one have been burned. Time’s a reach, too, you know, just like the one that lies between the islands and the mainland, but the only ferry that can cross it is memory, and that’s like a ghost-ship – if you want it to disappear, after awhile it will.”
― Stephen King, Dolores Claiborne

Stylistically, Dolores Claiborne is not King’s typical style. In most of King’s novels, even his short stories where brevity is a must, King over explains, over describes, overanalyzes, just overdoes it. If King were to describe a doorknob to the reader, it might be a single paragraph describing the texture, smell, sound, year make and model of said knob. I know that many readers find that level of explanation tedious. It goes right in the face of the minimalist school of writing that is getting more and more mainstream. Others who know King and are familiar with his style, love it. I love it. Although when I read the unabridged version of The Stand that came in at 1327 pages, it might have pushed it a little bit for me. I bring this up because his typical style is in sharp contrast with how Dolores Claiborne is written. This is sharp and concise writing. Almost blunt in its emotional brutality scene to scene. Dolores is not a long-winded character. She speaks her mind, and if there is nothing to say silence is better. I think King took that to heart when writing her, although I don’t know many people that can tell a single story, especially to a police officer that is over 300 pages long.

“…most of what bein human’s about is making choices and payin the bills when they come due. Some of the choices are pretty goddam nasty, but that don’t give a person leave to just walk away from em… In a case like that, you just have to make the best choice you can n then pay the price.”―

The glory of this story is the relationships that Dolores has, namely the relationship between her boss Vera and her husband, Joe. Joe is almost a caricature of an abusive alcoholic husband. However, it is Dolores’s handling of Joe and the language King uses to get across to the reader about Dolores’s strength that I found very appealing. Vera and Dolores are another matter entirely. Vera is a bitch. She is a bitch in every sense of the word, Entitled, rich, classist, snobbish. Where King could have used a caricature of a stuffy, white, rich woman, Vera has pain. She isn’t all bad, although her moments of where the reader can see through the mist of her money and airs are few and far between. Her relationship between Vera and Dolores is old. It reminds me of the relationships old nemeses have when underneath it all there is an undercurrent of respect and made a sprinkling of love. But you have to dig way, way down to find it.

If anything, Dolores Claiborne highlights that King is not a one-trick pony. Although he has the horror genre down, he is a talented writer that can write with nuance and gravitas. He writes with heart and emotion. When I hear about King naysayers who talk about his writing being hackneyed, pigeonholed in horror, I think of the story The Body (made into the movie Stand By Me), or Rita Hayworth and The Shawshank Redemption (made into the movie The Shawshank Redemption), and now I think of Dolores Claiborne.