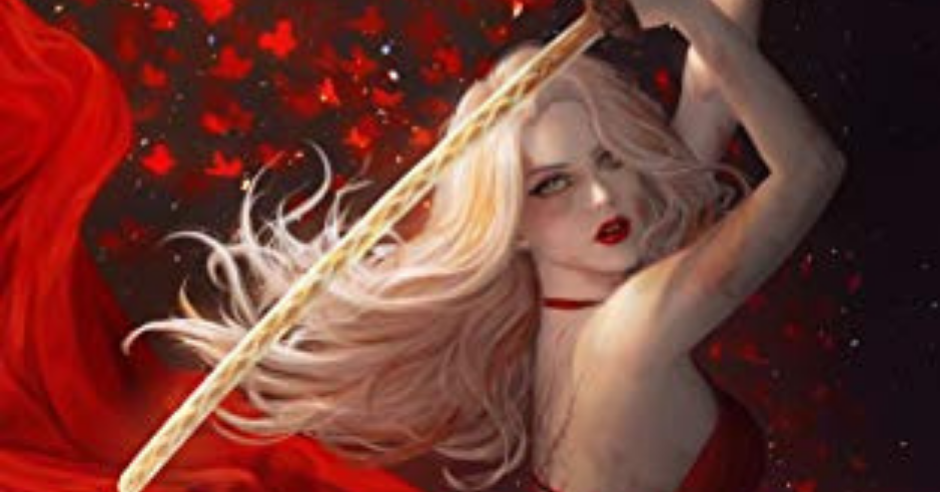 Review – Daughter of No Worlds by Carissa Broadbent

Home » All Reviews » Review – Daughter of No Worlds by Carissa Broadbent

“Her life for freedom. Her blood for love. Her soul for vengeance.”

“Ripped from a forgotten homeland as a child, Tisaanah learned how to survive with nothing but a sharp wit and a touch of magic. But the night she tries to buy her freedom, she barely escapes with her life. 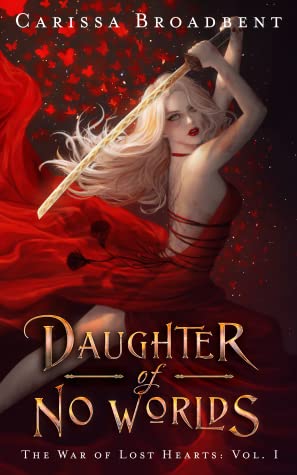 Desperate to save the best friend she left behind, Tisaanah journeys to the Orders, the most powerful organization of magic Wielders in the world. But to join their ranks, she must complete an apprenticeship with Maxantarius Farlione, a handsome and reclusive fire wielder who despises the Orders.

The Orders’ intentions are cryptic, and Tisaanah must prove herself under the threat of looming war. Even more dangerous are her growing feelings for Maxantarius. The bloody past he wants to forget may be the key to her future… or the downfall of them both.

Even if it means wielding death itself.”

First impressions of Daughter of No Worlds were very good. The prose is strong and beautiful, the premise that Broadbent sets up is familiar (I mean this in the best way—stories that are most memorable to me blend the familiar and the new, and this is something that Broadbent accomplishes fabulously, but I digress.) That familiar concept: Tisaanah is sold into slavery after conflict tears apart everything she knows. She is beautiful and unique. When we see her in the first chapters, the slave trade has landed her in a brothel/bawdy house/performance house setup, where she is on the verge of buying her freedom. Things go wrong (as they do) and Tisaanah survives in an incredibly moving scene where she— is it a spoiler if it happens in the first chapters? I don’t know, I’m new at reviewing! Suffice it to say “Look at me” gave me goddamn SHIVERS and I knew I was going to fall in love with Tisaanah in a hurry.

And then I paused to read Kushiel’s Dart.

When I came back to Daughter of No Worlds, I suddenly had greater understanding of how special this book is. Things that bothered me about Kushiel’s Dart (consent issues, anyone?) were unflinchingly addressed in Daughter of No Worlds. The man that owns Tisaanah is truly an owner and not a saviour, and I applaud how Broadbent handled the complicated and traumatic emotions that Tisaanah experiences through her entire arc.

Like I said, Tisaanah escapes captivity, bearing marks of what she went through, and this aftermath of the premise is where Broadbent’s skills truly shine. Tisaanah now must learn to use her magic and she throws herself at it with all the stubbornness (determination?) that allowed her to survive the “Look at me” chapter. And truly, the magic in this world is gorgeous. Fascinating and engrossing and at times terrifying. She’s being taught by her reluctant teacher Maxantarius (I love me a grumpy reluctant/positive sunshine dynamic) who is bitingly hilarious. Most of the passages I highlighted were because I laughed literally out loud at Max’s dialogue, or Tisaanah’s impression of him. For example:

On a particularly cold day, he stepped outside, shivered, looked up at the sky, and declared, “I’m not made for this,” before wandering back into the house. I quickly learned that Max was apparently only “made for” an exceptionally narrow set of environments, temperatures, activities, and interactions.

What follows is a slow-burn romance between Max and Tisaanah, but the stakes are so high. Tisaanah’s escape and her desire to go back to save the people she left behind when she fled get her wrapped up in Big World Politics™, but the context for them is doled out carefully, with a measured hand. Never too much that I was lost, but always enough that I knew what the big picture looked like. Through the romance and Tisaanah’s education with her own (stunning) magic, we feel the dread bubbling in the background. The knowledge that this beautiful couple are going to hit big fantasy bloodshed lurks, giving the joy a bittersweet flavour that I couldn’t get enough of.

And let’s talk about how beautiful they are. There’s something about Broadbent’s writing that conveys that beauty so effortlessly and believably. Tisaanah’s beauty is remarked on, but so too is her character and her abilities and her wit—but also she has the room to be flawed and grounded and human. Max is, well, he’s Max. We love him. We’re rooting for him when he finally starts flirting. And oh boy is the flirting good. So good. So good that I had to pause the audiobook and pick up the Kindle version and find the quote so that I could highlight it and bask in how perfectly it was delivered. It’s understated and emotional and funny and I’m running out of adjectives for this book!

Daughter of No Worlds felt like it was written just for me, an impeccable balance of all my favourite things in Romantic Fantasy executed with grace and with the kind of weight that I like to see. It almost feels like a conversation with Kushiel’s Dart. The premise is so similar and yet the execution is miles apart. Kushiel’s Dart wanted to have a conversation about women and sex in SFF, but Daughter of No Worlds wanted to celebrate women and romance in SFF.

I’m so ready to continue celebrating in Broadbent’s world; the trilogy was just completed and I’ve already bought the next two books.

Check out Daughter of No Worlds