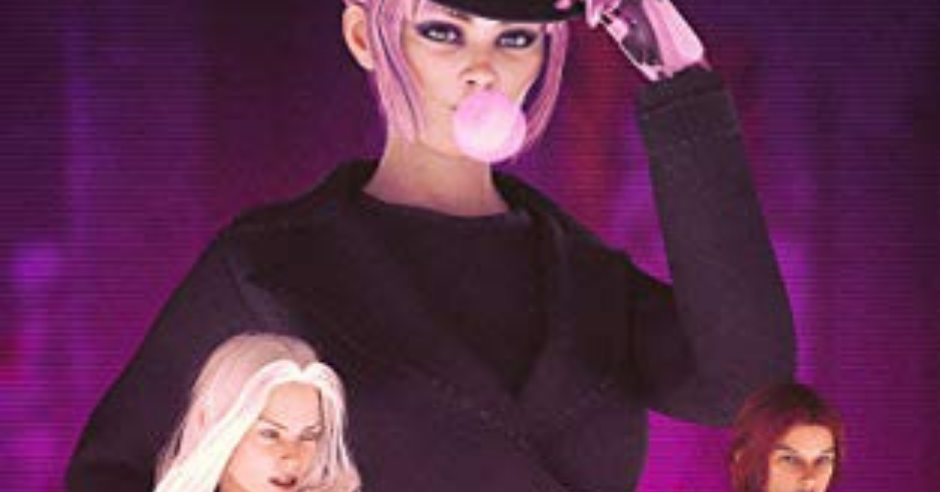 But this is a bit much…

After a suspicious accident costs her a career, an arm, and nearly her life, Bubbles Marlowe needs all the help she can get.

When a friend asks her to do a little dirty work on the side, Bubbles isn’t prepared for just how dirty it’s going to get.

An arrogant scientist, a young heiress, a gambling king pin, and a few too many hired guns…

Can Bubbles finish the case before it finishes her?

HoloCity’s femme fatales are out in full force in this cybernoir detective thriller.

And these dames don’t mess around.


You’ll love Dames for Hire because it’s got glitter and grit, mystery and hard-boiled badassery.

DAMES FOR HIRE is a mixture of cyberpunk, humor, and detective fiction that I think is just the sort of thing that most readers of science fiction or mysteries will enjoy. It’s set in the same world as the Bubbles in Space series with the same protagonist but deals more with the day-to-day cases of HoloCity than the overarching plot of that one. I actually reviewed Bubbles in Space: Tropical Punch earlier for this site if you want to check that out (link: https://beforewegoblog.com/review-tropical-punch-by-s-c-jensen/).

The premise is in the future, HoloCity is a city divided between the very rich and the very poor. The very rich all work for the firms that produce all the various cybernetics as well as AI everyone uses. Bubbles Marlowe is a private detective who has recently lost her job with the HoloCity Police Department and her arm as well. While she’s gotten an artificial arm replacement, she is still traumatized. Being a private detective is something she’s been almost forced into by economic circumstances and provides an interesting contrast to more hardened detectives.

This book deals with Bubbles’ first case as a private detective in a father who wants her to kill his future daughter-in-law. Bubbles is not interested in murder-for-hire but needs the money so she argues him down to finding some dirt on them. Unfortunately, the deeper she gets into the case, the more she finds out that everyone involved is out to take down everyone else.

I love the film noir feel for this book.with Bubbles trying to untangle the various motives ranging from inheritance, gambling debts, illicit lovers, and plots fo murder. It captures that classic detective novel plot twists and turns as well as poor Bubbles’ desperation to solve things without crossing her moral code. Unfortunately, that hesitation to act has its own costs that end up biting her in the posterior.

Part of what I enjoy about S.C. Jensen’s writing is that she actually substitutes a cornicopia of 1920s and 1930s slang terms in place of modern or invented words. While HoloCity is a dark and gritty set of mean streets, the story also remains suitable for teenagers due to the fact its worst elements are handled offscreen. It’s simultaneously dark and clean at the same time and that’s a hard balance. I’m also a fan of the supporting cast including Bubbes’ support AI and her best friend, Rae, who needs Bubbles to entertain her boss’ insane requests.

In conclusion, Dames for Hire is a great book and I absolutely loved it. My only complaint is the fact the book is a little under 150 pages, being closer to a novella than an actual full-length novel. It’s only three dollars, though, and also available on Kindle Unlimited so well worth the price.