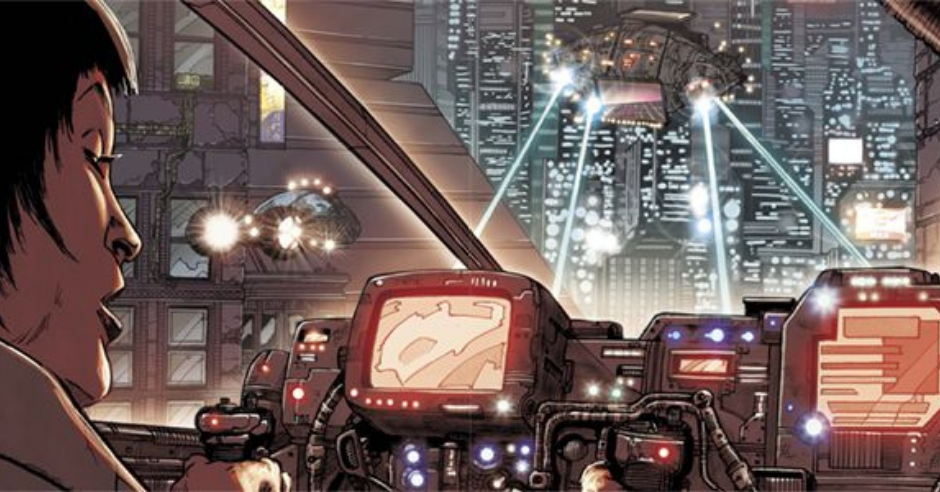 From the Rain-Soaked Future of Greater Los Angeles

BLADE RUNNER 2019 VOLUME ONE: LOS ANGELES is a graphic novel set in the world of Ridely Scott’s BLADE RUNNER. Wow, imagine that. I’ve always been a little leery of tie-in fiction because it’s rarely done well. Very often, it’s just a cash grab and the stories told are irrelevant to the larger narrative. But this book changed my mind. 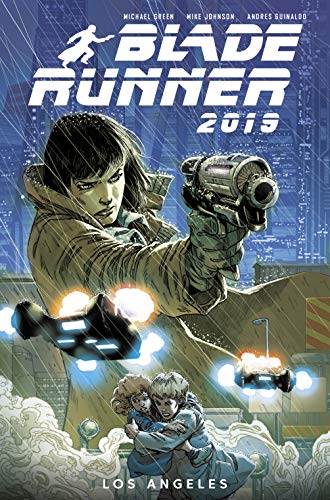 You see, I absolutely love Blade Runner and think of it as one of the defining works of science fiction let alone cyberpunk. I even would go so far as to say it’s an improvement over Do Androids Dream of Electric Sheep. Blasphemy, I know. I’m going to state that Blade Runner 2019 blew my expectations away.

Part of what makes the book work is the fact it doesn’t attempt to tell the story of Deckard and Rachel or any other existing canon character. Instead, it focuses on Ash, a South Asian American Blade Runner who is only able to function due to an artificial spine. Ash hates Replicants and sells their body parts after retiring them. Having grown up in the worst sort of environment, she vents her frustration on those who she believes are toys of the rich.

Irony abounds as one of the remaining Earth oligarchs hires her to track down his missing daughter. Ash wants nothing to do with the super-rich but finds her superiors aren’t giving her a choice. It doesn’t help that the case (initially) doesn’t have anything to do with Replicants. From there, we get a delightfully Chinatown-esque mystery that involves a terrified mother, Replicants, and parental kidnapping.

The art is a major reason this book is fantastic and Ash is a beautifully designed character. However, the entire Blade Runner world in all its post-environmental collapse glory is a sight to behold. While I question why any uninhabited tropical island can exist on this place and not be full of the wealthy, I otherwise have no complaints about this work. The action is crisp but the art is particularly beautiful in bringing to life the hellish world of technology gone amuck alongside wretched hives.

Ash is a fantastic protagonist and successfully invokes all the film noir tropes that made the original Blade Runner work so well, but updated for the 21st century (in both senses of the word). She has a lot of interesting character development over the course of the first volume but also doesn’t make any dramatic changes. Her interactions with Replicants are colored by her own bigotries but she’s also aware that they might be the lesser evil in the long run compared to the super-rich.