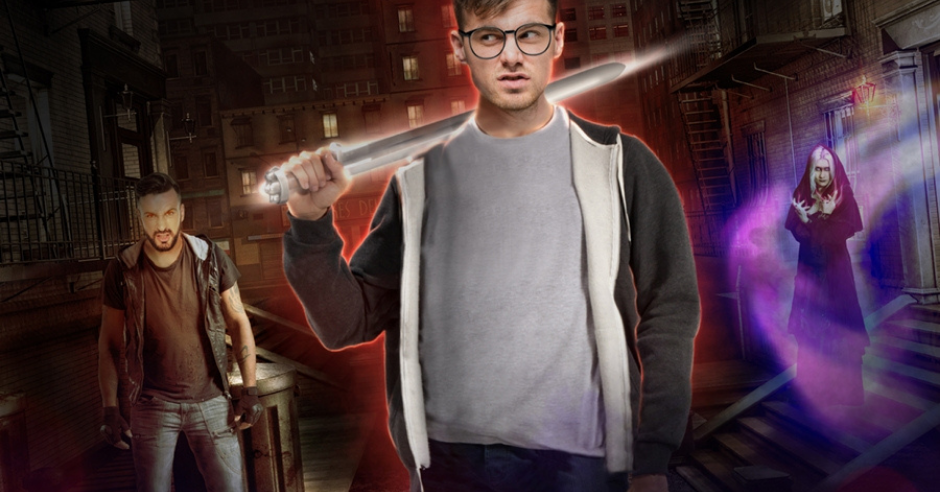 Review – Bill of the Dead – Strange Days by Rick Gualtieri

At the edge of chaos, one geek stands tall.

STRANGE DAYS is the reboot of the TOME OF BILL series that remains one of my favorite literary guilty pleasures. The second series, called BILL OF THE DEAD, is the start of a new storyline that reverses a lot of the final changes in the finale as well as sets up an entirely new chronicle of what I hope to be an equally lengthy series of books. It’s an entertaining book, one of the author’s best, and fans of the series should definitely pick it up.

If you plan to read the series, I suggest you read the previous volumes first as starting here will leave you thoroughly spoiled for it. Which, I mean, duh as it’s the 9th book in the series (technically 12th counting a few spin-off books). So, discussing the book at length will require some spoilers. Consider yourself warned.
Strange Days is a good return to form for the author and actually an improvement on the original series. In the TOB, Bill was a grossly immature 25-year-old sexist and homophobic jerk who made being turned into a vampire seem lame. It was kind of the point of the series and one the author was aware of that a lot of Bill’s problems were his own making. This volume picks up five years after the end of the previous series and, much to the readers surprise, Bill is a good deal calmer, more mature, and not offending everyone with every other sentence out of his mouth.

Bill is still the same wise-cracking jerk he always was but the author cleverly compares him to one of his friends stuck in a (figurative as well as literal) limbo to show how much the character has grown. He’s in a stable-ish relationship no one saw coming and yet actually works. He’s also mostly put all the supernatural shenanigans in his life behind him.

Obviously, there wouldn’t be much of a story if this remained the case and Bill is forced back into the world of the supernatural. He is reunited with a lot of his earlier associates and they are sent to undo the grand finale of the previous books. I’m okay with this, really, and enjoyed the way it all played out. I admit I wasn’t entirely fond about how some of the characters were handled like Gan, Sheila, and Sally but am interested in how things develop for them. I admit it’s mostly Sally that bothered me because she’s barely in the book. I missed Bill and her interaction. I don’t usually ship characters but I kind of wanted them to make it work.
Bizarre, I know.

The book is full of action and hijinks as our protagonists remain pathologically incapable of making good decisions. When confronted with the prospect of bringing back all the horrible, evil, life-destroying monsters of the past–they decide they can just bring back a few if it means some of the magic that comes with them helps the ex-witches of the world. Nevertheless, every time our heroes do something stupid it is something that is believably stupid and I wouldn’t have it any other way.

In any case, this isn’t the kind of book you should pick up if you’re unfamiliar with the series but should be a tremendous treat for fans. It’s got all of the humor, wisecracks, pop culture references, and crazy shenanigans as before but the protagonist is a good deal more likable.

Check Out Bill of the Dead