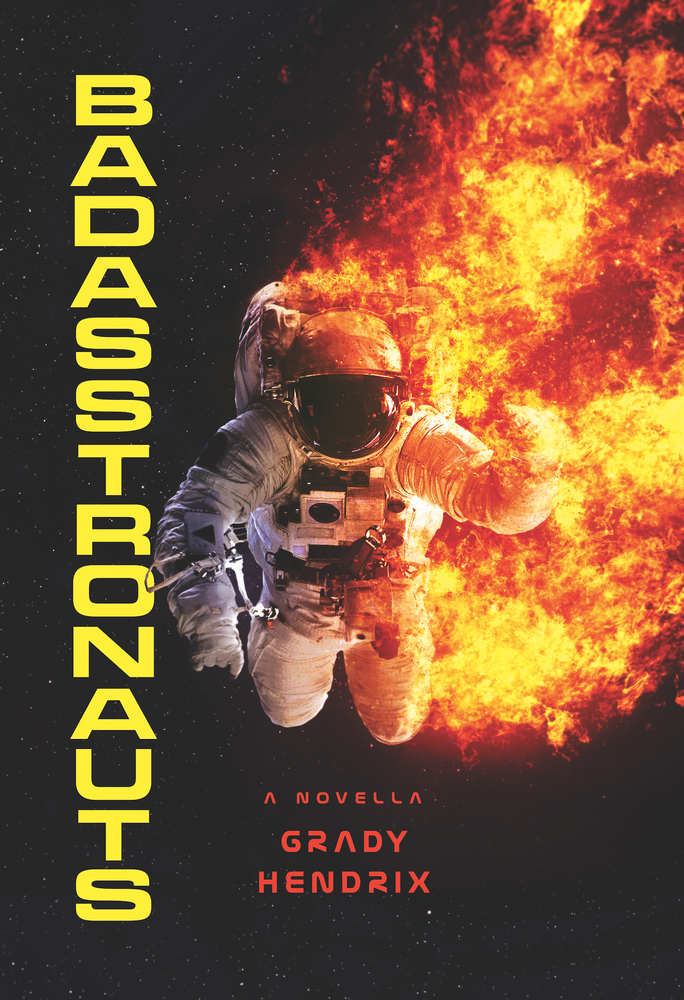 In BadAsstronauts, Grady Hendrix wrote a story about cousins, NASA, and a whole lot of rednecks. Ones he affectionately refers to as Redneck NASA, and there has never been a more apt moniker for this rag-tag group of people with the single goal of getting someone’s ass to orbit.

The story starts with Walter, a drunk and retired astronaut who gave up on the dream of getting to the stars long ago. After his mission goes south, his cousin is stuck on the abandoned International Space Station, awaiting death. NASA is out of money; they want to sweep this PR debacle under the rug.

Walter is not having it.

Walter’s little farm in Melville, South Carolina, might just have to become the beacon of hope blinking in the darkness for “misfits, drifters, rocket junkies, pyromaniacs, dreamers, science nerds, and Astro-hippies who believe that space shouldn’t just be for billionaires.” Walter will break all the laws, state, federal, and decency, to get himself to orbit to grab his cousin. The ship is made out of tin cans, chicken wire, duct tape, and drug-induced fever dreams, and “like Braveheart yelling, “Hold..hold….hold,” Walter is going to pull this mess together or die trying.

With this contraption, the dying might just be guaranteed.

Grady Hendrix has a wonderful knack for lightness in his stories. Even when at their most gruesome, they don’t stray too far and become heavy. He is excellent at the darkly funny and the absurd, which balances well with the scary or, in this case, absolutely batshit. Hendrix did that here in BadAsstronauts. The subject matter, redneck NASA, is nuts. The idea of a disparate group of characters coming together for what is usually an unobtainable goal has just enough plausibility to make it work. NASA, for most people, is something other people do. Towering figures like Buzz Aldrin and Neil Armstrong, it is not for ordinary people like Jethro down at the trailer park who loves to blow up stuff.

So I salute Walter for trying to save his cousin, I salute the folks of redneck NASA for coming together, I salute the “can-do” attitude of ordinary folks, and I salute Grady Hendrix for writing another entertaining story.