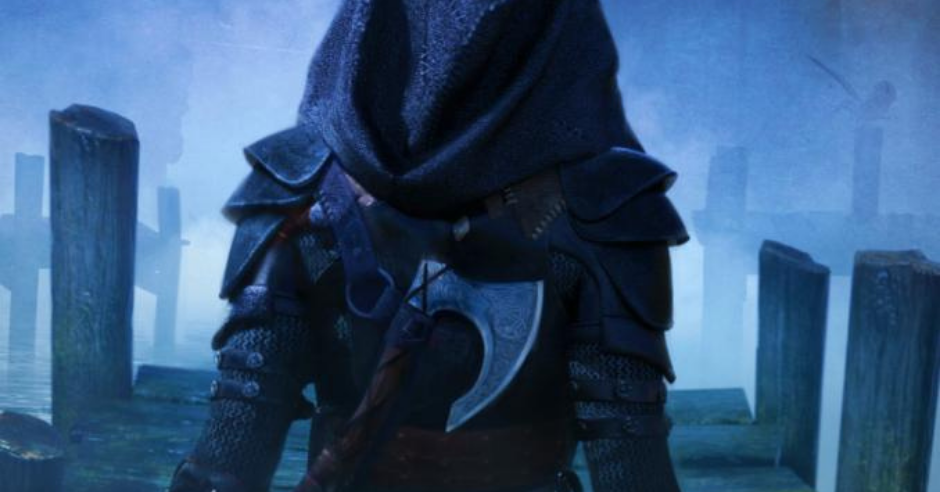 Review – Among Thieves by M.J. Kuhn

By Dylan MarshJune 4, 2022No Comments

In just over a year’s time, Ryia Cautella has already earned herself a reputation as the quickest, deadliest blade in the dockside city of Carrowwick—not to mention the sharpest tongue. But Ryia Cautella is not her real name.

past six years, a deadly secret has kept her in hiding, running from town to town, doing whatever it takes to stay one step ahead of the formidable Guildmaster—the sovereign ruler of the five kingdoms of Thamorr. No matter how far or fast she travels, his servants never fail to track her down…but even the most powerful men can be defeated.

Ryia’s path now leads directly into the heart of the Guildmaster’s stronghold, and against every instinct she has, it’s not a path she can walk alone. Forced to team up with a crew of assorted miscreants, smugglers, and thieves, Ryia must plan her next moves very carefully. If she succeeds, her freedom is won once and for all…but unfortunately for Ryia, her new allies are nearly as selfish as she is, and they all have plans of their own.

Among Thieves is an extremely impressive debut novel from M.J. Kuhn that establishes her as an exciting, fresh new voice in the fantasy genre. It was a delight to be brought into the world of Among Thieves and witness the hilarious hijinks, witty dialogue, and memorable characters that constitute this charming book. At just 340 pages, this novel is extremely accessible for fantasy fans who are used to regularly reading 500+ page doorstoppers. It was certainly a much-needed palette cleanser for me after reading the 800-page behemoth of a book that is Samantha Shannon’s The Priory of the Orange Tree. As numerous other reviewers and authors have noted, Among Thieves is a perfect fit for fans of Six of Crows by Leigh Bardugo, as well as the legions of readers who love Scott Lynch’s The Lies of Locke Lamora and are anxiously awaiting the fourth installment of the Gentleman Bastard series (I know I’m among them!). If you love rogues, you’re going to be at home with this read.

Among Thieves is the story of a thieving crew within the Five Kingdoms of Thamorr. In a heist for the ages, this motley crew bands together to try to steal a powerful but mysterious object called “the Quill,” from the immensely powerful Guildmaster. Despite the implications of the common expression, “honor among thieves” that the title of this book stems from, most of our morally gray group of characters don’t have many qualms about betraying each other. Indeed, each character has their own reasons as to why they want the Quill, and their respective plans are often inimical to the intentions of the other members of the crew.

One of my main concerns when I first heard the premise of this book was that the characters might blend together. In a relatively short book where all the main players are thieves, it’s ambitious for an author to have 5 point of view characters (six if you count the epilogue). It’d be easy for an author to struggle to differentiate and establish their characters in this circumstance. However, this is not at all an issue with Among Thieves. The characters jump off the page with each of them having their own voice, skill set, idiosyncrasies, motive, and secrets. My favorite characters were Ryia (an infamous mercenary with a dark past), Evelyn (a disgraced former captain from a law-enforcement agency), and Tristan (a teenager with quick hands and a penchant for cheating at cards). The interactions involving these three characters had me laughing out loud in cafes—which was slightly embarrassing but entirely worth it. I wanted even more time in Tristan’s point of view, but I understand why the plot demanded that we get fewer than I’d prefer. Kuhn makes some seemingly minor choices that serve to establish the uniqueness of the characters, such as Evelyn’s frequent use of the word “ruddy”; even potentially imperceptible alterations in the prose between POV chapters such as this serve to distinguish each character’s voice and help us get into their heads.

If I have one complaint regarding the characters, it’d be that Ivan, the group’s master of disguise, didn’t get fleshed out as well as I would’ve liked, and he felt as though he went through little growth. In contrast, many of the other characters experience substantial growth, especially considering the relatively short length of the novel. The LGBT representation in this book also makes it a great choice for those seeking to find novels to read for Pride Month, which is currently happening at the time of this writing.

The worldbuilding in Among Thieves is efficient, but it is not an emphasis in this book. Kuhn gives us the information that we need to understand the characters and the story, but rarely worldbuilds beyond that point. That is my personal preference for storytelling in the fantasy genre. I often find myself getting somewhat bored when an author digresses into aspects about the world that seem tangential to the plot. However, fans of sprawling, epic fantasies like the Wheel of Time by Robert Jordan or The Stormlight Archive by Brandon Sanderson may view the worldbuilding in Among Thieves as sparse. Whether Kuhn’s approach to worldbuilding is a bug or a feature depends on each reader’s personal preferences—for me, it was a feature.

Overall, I highly recommend this book for fans of heists, morally gray characters, and snappy dialogue. The fact that this is M.J. Kuhn’s debut novel has me excited about reading her future work, especially her forthcoming sequel to Among Thieves, which is entitled “Thick as Thieves.” I’ll certainly be picking that book up when it comes out in summer of 2023.