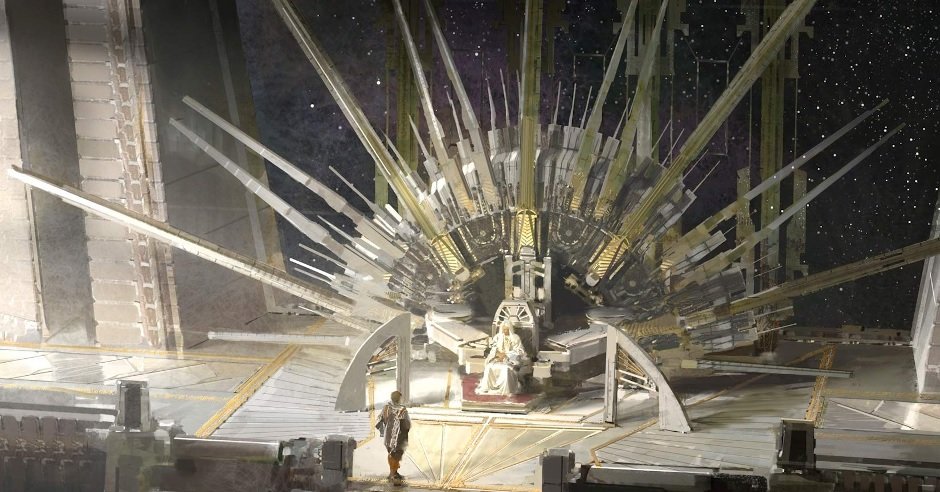 Nothing touched by Empire stays clean.

“THE problem with sending messages was that people responded to them, which meant one had to write more messages in reply.”―

Ambassador Mahit Dzmare arrives in the center of the multi-system Teixcalaanli Empire only to discover that her predecessor, the previous ambassador from their small but fiercely independent mining Station, has died. But no one will admit that his death wasn’t an accident—or that Mahit might be next to die, during a time of political instability in the highest echelons of the imperial court.

Now, Mahit must discover who is behind the murder, rescue herself, and save her Station from Teixcalaan’s unceasing expansion—all while navigating an alien culture that is all too seductive, engaging in intrigues of her own, and hiding a deadly technological secret—one that might spell the end of her Station and her way of life—or rescue it from annihilation.

A Memory Called Empire by Arkady Martine is an expertly crafted science fiction fantasy novel that incorporates real-world cultures into the intricate Aztec Empire-influenced mythos. It is shining and immersive and should be read and read often.

“This book is dedicated to anyone who has ever fallen in love with a culture that was devouring their own.”

Right from the first pages of the story, you know that you are reading something different, and doing a little research into author Arkady Martine I instantly knew why. Martine is by profession a historian and city planner. The city planning part thrilled me to no end as I was also a city planner once upon a time. She has many prestigious degrees, one of which is a Ph.D. in medieval Byzantine, global, and comparative history at Rutgers University. When you read this book, you will notice the excellent care and detailing that went into the language and worldbuilding of the Teixcalaani Empire. There are obvious influences from the pre-colonial/conquest Aztec Empire and influences from the Nahuatl languages. The Nahuatl language group is currently spoken by close to two million people in central Mexico and was spoken by the Aztecs.

“Released, I am a spear in the hands of the sun.”

Often you read science fiction and fantasy novels that are based on or influenced by a particular culture. They usually only “pay lip service” to that culture. Authors delve deep enough historically and sociologically to have a general understanding of that culture. Enough to be as respectful and authentic as they can in the depiction with varying degrees of success. I think that what is so exceptional about A Memory Called Empire, and why it won the Hugo award for best novel and a finalist for the Nebula for the same category is that instead of superficially glancing at the culture, it is intensely immersive. The worldbuilding in this story moves like rain flowing to the ocean. Every detail was imagined, and it coalesced into a much greater picture of the history, city planning, and generally the Teixcalaani. There were no moments in which the detailing was off that it threw me out of the story.

“A MIND is a sort of star-chart in reverse: an assembly of memory, conditioned response, and past action held together in a network of electricity and endocrine signaling, rendered down to a single moving point of consciousness”

The story follows the protagonist Mahit Dzmare. She arrives as an ambassador to the imperial city of Teixclaan as a representative of the space station Lsel. She is to advocate on behalf of her fiercely independent homeland of Lsel Station and investigate the previous ambassador’s death. The Teixcalaani is a glorious golden empire that swallows and changes everything it touches. It is beautiful to behold, but so much so that places like Lsel Station will get swallowed by its magnitude. Mahit is new to her ambassadorial duties, although she has studied the Teixclaan culture, language, and history for most of her life. But studying something and living it are two very different things. She must figure out a way to protect her small homeworld’s independence in the face of everything.

Martine does an excellent job in representing the feelings of Mahit being a stranger in a strange land. Everything is foreign to Mahit, right down to customs of facial expressions and food. She desperately needs to belong and assimilate into this foreign culture, but she can’t because she is missing a critical piece of information. One of the important pieces of hardware that the people of Lsel station use is a device called an imago. The device is the memory and personality of people who have come before her, saved as data to be re-downloaded. It is used so that none of the experiences and aptitude of the Lsel citizens is lost at the death of the person. The experience is then added to the new wearer, and the personalities are blended.
Nothing is lost. But, for Mahit her imago is malfunctioning. The previous ambassador’s memory and experiences are gone. She is a fish out of water. Without the experiences and knowledge of her predecessor, how is she supposed to do this?

As befits her station, Mahit is assigned a cultural liaison named Three Seagrass. The naming conventions in this story are spectacular. While not the main protagonist of the story, three Seagrass is hugely important to the narrative and often steals the scenes with her wit and systematic efficiency. She is brutally efficient. As Mahit surfs the political intrigue of the city Teixclaan and its people must not pull her under.

“I could have told her the truth,” Mahit said. “Here I am, new to the City, being led astray by my own cultural liaison and a stray courtier.” Twelve Azalea folded his hands together in front of his chest. “We could have told her the truth,” he said. “Her friend, the dead Ambassador, has mysterious and probably illegal neurological implants.” “How nice for us, that everyone lies,” Three Seagrass said cheerfully.”

A lot is going on in this book. Right from the get-go, Mahit is thrown into a world of political intrigue. This book is called a space opera, but the genre title is misleading, as it often is. Space operas are usually around space battles, often having a plucky captain or a quest to save the universe. I love the genre, but I don’t consider this to be a space opera.

Instead, A Memory Called Empire is a deep science fiction story that asks questions on the nature of memory. What is memory? Can it be taken away? Is memory the collective history of a rich culture like that of the Teixcalaani people or a moment of a single individual? It can be so many things. Simultaneously, while A Memory Called Empire delves into what memory is, it also has a complicated mystery plot of “who done it” laced with wordplay, culture, and political intrigue. There are even cyberpunk elements laced into the story, which is hard to believe, but they work with the narrative perfectly.

The plotting of the story is swift. It moves from scene to scene with no lag and propels the narrative forward. Honestly, the story just got better and better as it continued.

“Nothing touched by Empire stays clean.”

A Memory Called Empire had me stopping and evaluating my thoughts on what memory actually is many times. It is a story that can be taken in sips or devoured for hours at a time. It is glorious and shining like the golden city of Teixcalaani. It has made me remember why I love science fiction as much as I do.

For all those readers who love deep, well-written, and intelligent science fiction and fantasy, A Memory Called Empire should leapfrog all other books on your to-be-read list for your immediate attention.