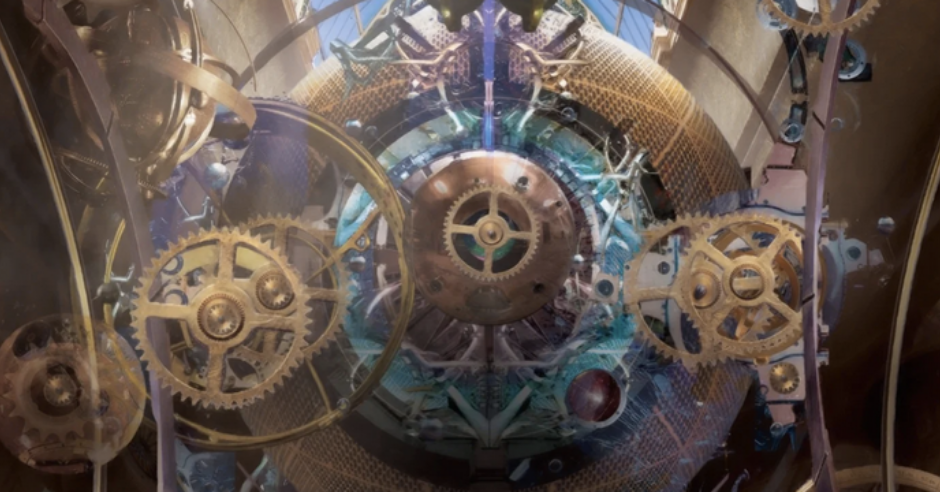 A Evocative edition to a great series

A Master of djinn

“The three of them sat there – A Ministry agent, a half-djinn, and a cat (likely), staring out past the balcony to the sleeping city they somehow had to find a way to save.”―

Cairo, 1912: Though Fatma el-Sha’arawi is the youngest woman working for the Ministry of Alchemy, Enchantments and Supernatural Entities, she’s certainly not a rookie, especially after preventing the destruction of the universe last summer.

So when someone murders a secret brotherhood dedicated to one of the most famous men in history, al-Jahiz, Agent Fatma is called onto the case. Al-Jahiz transformed the world 50 years ago when he opened up the veil between the magical and mundane realms, before vanishing into the unknown. This murderer claims to be al-Jahiz, returned to condemn the modern age for its social oppressions. His dangerous magical abilities instigate unrest in the streets of Cairo that threaten to spill over onto the global stage.

Alongside her Ministry colleagues and her clever girlfriend Siti, Agent Fatma must unravel the mystery behind this imposter to restore peace to the city – or face the possibility he could be exactly who he seems….

P. Djèlí Clark writes lush masterworks, his newest book to his collection of stories in The Dead Djinn Universe is A Master of Djinn. And, much like his other short-form works, A Master of Djinn is an intense sensory experience, with engaging characters, dialog, and kick-ass fight scenes.

It is no secret that I am a fan of his novels.  The Haunting of Tram Car 015 and A Dead Djinn in Cairo are gorgeous works of short-form fantasy. He has a knack for describing things to such a degree that you shouldn’t be surprised if the red sands of Egypt poured out between your pages or you start to smell the heady incense of the streets of Cairo. If you listen very closely, you could probably hear drums thrumming while you read.

“The three of them sat there – A Ministry agent, a half-djinn, and a cat (likely), staring out past the balcony to the sleeping city they somehow had to find a way to save.”

The story’s plot is a solid murder mystery staring Agent Fatima el- Sha’awari, who works for the Ministry of Alchemy, Enchantments, and Supernatural Entities. We were introduced to her in Clark’s other novellas, The Haunting of Tram Car 015 and A Dead Djinn in Cairo and the short story The Angel of Khan el-Khalili. We are back in 1912 Cairo. Djinn and all manner of creatures are a part of daily life. Fatima is investigating the murder of a dozen brutally burned people, The Brotherhood of Al-Jahiz. The corpses’ clothes were untouched. It is as if they were scorched from the inside out.

Al-Jahiz transformed the world 50 years ago when he opened up the veil between the magical and mundane realms before vanishing into the unknown. Fatima, her girlfriend Siti, and her new partner try to unravel the case before the supernatural forces kill us all. Of course, things all go pear-shaped.

“Even a rich man must sometimes eat with beggars.”

One of the aspects I loved was the subtle subtext of defining what feminity is. On the one hand, you have Fatima, badass in a dapper suit in a world full of ultra-conservative people. On the other, you have a couple of characters in the story that are the epitome of what women are supposed to be in 1912 Cairo. Meek and mild. They wouldn’t hurt a fly. I enjoyed the interplay off of the characters with a few twists. And while the ending was of no great surprise to me, I enjoyed the dynamic and the journey getting there.

Unlike Clark’s novellas and short stories, the characters didn’t completely click with me. Fatima is supposed to be a shrewd investigator. She is no novice when it comes to dealing with the supernatural creatures of Cairo. However, at times Fatima seemed almost bumbling. Plot details that were essential points of interest for the murder case seem to get overlooked for a few chapters. While sweet, Fatima’s romance with Siti lacks the intensity that I think Clark was trying to convey. They had a solid connection, but they seemed to be casually dating rather than be in a relationship.

“You! You can’t just walk in here! This is a crime scene!” “That would explain the dead bodies, then,” she replied. He blinked dumbly, and she sighed. Wasting good sarcasm was annoying.”

The action sequences were like watching a Michael Bay movie in my head. They were fantastic. His pacing and descriptions get you into the characters while they battle. It balanced well against the story as it slowed down a bit in some sections.

To my knowledge, this is Clark’s first step into full-length novels. And as such, this first novel has some minor pacing and dialog problems. It feels like he was making himself comfortable in this length of a story. However, in typical Clark fashion, it is generally an excellent story with superb descriptions and an engaging who-done-it plot. Is it perfect? Not quite. But it is enjoyable as hell, and I highly recommend it to anyone looking for a great murder fantasy mystery. I can’t wait to read more works in this series.

Review of A Dead Djinn in Cairo by P. Djeli Clark

Review of The Haunting of Tram Car 015 by P. Djèlí Clark