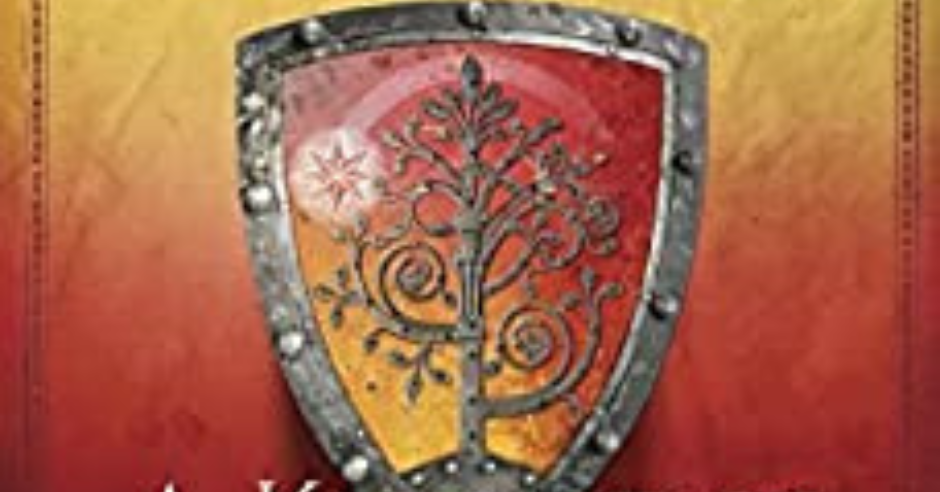 Review – A Knight of the Seven Kingdoms by George R.R. Martin, Gary Gianni

Home » All Reviews » Review – A Knight of the Seven Kingdoms by George R.R. Martin, Gary Gianni

“A great battle is a terrible thing,” the old knight said, “but in the midst of blood and carnage, there is sometimes also beauty, beauty that could break your heart.” 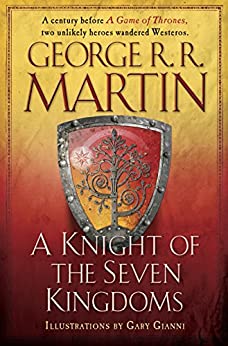 George R.R. Martin may finish THE WINDS OF WINTER and the rest of A SONG OF ICE AND FIRE but like winter itself, it’s coming but hasn’t arrived yet. In the meantime, though, we have the excellent FIRE AND BLOOD history novel plus A KNIGHT OF THE SEVEN KINGDOMS. This is a compilation of three novellas set in the Targaryen dynasty’s height and considerably lighter and softer.

At seventeen years old, almost seven-foot-tall, strong, and with weight and reach in his favor, Dunk is a formidable hedge knight or lordless knight. Basically, a knight errant or ronin without the romanticism. Essentially, Dunk is a knight who travels throughout the Seven Kingdoms doing jobs he deems true and honorable for coin. Dunk is as true and decent as any Knight you would have read about in A Song of Ice and Fire and there is a fan theory that Brienne is a descendant of his and I can totally believe that.

We are presented the tale from his mind, and he talks himself down over explaining his stupidity. I never really saw him as being dim. He can’t read, he has never kissed a girl and he doesn’t really have people skills but some of the supporting cast and villains who can and have done these come across as more vile and horrid when reflected against Dunk’s honesty, loyalty and general goodheartedness.

Egg is an amazing character. Even though he has Targaryen purple eyes he shaves his head, so his gold/silver hair doesn’t make it completely obvious regarding his lineage. And he has a silly straw hat! He is as wise as a maester but still only ten. He knows the history of the majority of the nation’s houses and can name who someone is just by seeing the paintwork on their shields. He is also quick of tongue sometimes to his detriment, especially when these three novellas often discuss the Targaryan Blackfyre rebellion and hints at seeds of which are still spread throughout the land.

Of the three novellas, as follows: THE HEDGE KNIGHT is an excellent story that nicely deconstructs chivalry in a reversal of how it usually is done in Martin’s stories. We see how utterly screwed up the system becomes if you do follow your vows to protect the innocent. THE SWORN SWORD is the best of the bunch with an analysis of how war can become very complicated even when it’s over almost nothing. THE MYSTERY KNIGHT is a shift from the other stories and touches on the more complicated politics the main series is known for.

I read this after I read GRRM’s Fire and Blood and the knowledge I gained regarding the Targaryan’s there did enhance my experience although it isn’t truly necessary to read in that order. I think this could be thoroughly enjoyed by someone who has not yet read the main series. It’s not all pretty and it does feature numerous deaths, violence, and backstabbing but from Dunk’s perspective, these stories present a lot more hope and goodness than we are accustomed to from a typical Westeros tale.

When I read this, I had had one of the worst weeks of my life. If I believed in guardian angels, I would think that mine made me pick up this book at this time instead of the other 1000 books on my to-be-read list. This story was exactly what I needed. Interesting, funny, about friendship with elements of trust, mystery, and excitement. I’ve always looked down upon reviewers who rate a book 6/5 as I think it makes no sense. After this scenario and how this book has helped me recover then this is the closest I will ever get to giving that rating. It’s the best novel I’ve read this year, and I can’t wait to read about more Dunk and Egg.

Read More of Our Reviews

Review -The Fires of Vengeance by Evan Winter