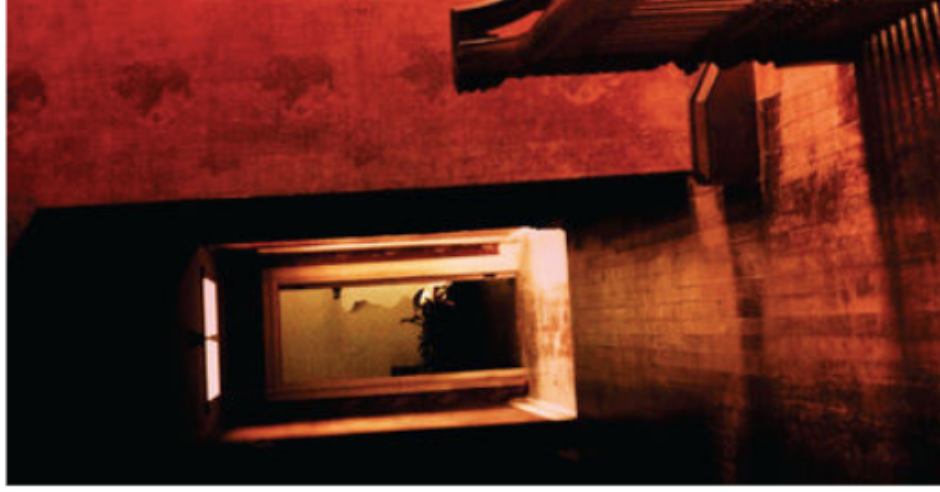 By Beth TablerJune 26, 2021No Comments
Review

What is real and what is not?

A head full of ghosts

“Ideas. I’m possessed by ideas. Ideas that are as old as humanity, maybe older, right? Maybe those ideas were out there just floating around before us, just waiting to be thought up. Maybe we don’t think them, we pluck them out from another dimension or another mind.”―

The lives of the Barretts, a normal suburban New England family, are torn apart when fourteen-year-old Marjorie begins to display signs of acute schizophrenia.

To her parents’ despair, the doctors are unable to stop Marjorie’s descent into madness. As their stable home devolves into a house of horrors, they reluctantly turn to a local Catholic priest for help. Father Wanderly suggests an exorcism; he believes the vulnerable teenager is the victim of demonic possession. He also contacts a production company that is eager to document the Barretts’ plight. With John, Marjorie’s father, out of work for more than a year and the medical bills looming, the family agrees to be filmed, and soon find themselves the unwitting stars of The Possession, a hit reality television show. When events in the Barrett household explode in tragedy, the show and the shocking incidents it captures become the stuff of urban legend.

Fifteen years later, a bestselling writer interviews Marjorie’s younger sister, Merry. As she recalls those long ago events that took place when she was just eight years old, long-buried secrets and painful memories that clash with what was broadcast on television begin to surface–and a mind-bending tale of psychological horror is unleashed, raising vexing questions about memory and reality, science and religion, and the very nature of evil.

A Head Full of Ghosts by horror master Paul Tremblay is an experience which I would sum up as, “What the hell happened?”

A Head Full of Ghosts is about the familial strife of the Barret family. The mom, distant and frustrated. The dad, on the brink of religious zealotry. The younger sister Merry, both a part of the craziness and separate from it due to her age and naivete. And Marjorie, a 14ish-year-old young woman who may or may not have a head full of ghosts. The story covers the small amount of time before Marjorie’s exorcism. Yes, I said exorcism. A Head Full of Ghosts isn’t your typical ghost story as it is a story of horror but also one of psychological trauma.

“On the morning of the exorcism, I stayed home from school.”

The story has many distinct parts of a horror possession story. It has plenty of nods to The Exorcist, arguably the most famous possession story in the history of writing and cinema. Like The Exorcist, Marjorie vomits, spews profanities, makes inappropriate sexual comments, dark and sinister voices, and levitation. And, just like The Exorcist, all of the actions terrify Marjorie’s loved ones. They scare them to the point of madness.

The difference between The Exorcist and A Head Full of Ghosts is that while the acts Marjorie performs are terrifying, we aren’t sure what is going on. We are, as readers, able to make a decisive call on whether she is or is not haunted as Tremblay plays his cards close to his chest. He plays every scene both ways. Is Marjorie a person who has an extreme mental illness? Or is she a child that has been invaded by an unearthly demonic presence?

“Ideas. I’m possessed by ideas. Ideas that are as old as humanity, maybe older, right? Maybe those ideas were out there just floating around before us, just waiting to be thought up. Maybe we don’t think them, we pluck them out from another dimension or another mind.”

The story is told, mostly, through the eyes of a now grown Merry. A somber woman living a life of quietude and off the earnings of the TV show about her family. Marjorie’s experience was televised to be consumed by the masses. Television is not the truth. This adds to the unease about the original story of what happened to Marjorie. Merry meets with a writer to discuss writing Merry’s life and experiences at age 8 to be put into a tell-all book.

The book bounces back and forth between the recollections of a now older and wiser Merry and the young child Merry who sees everything through the lens of an 8-year-old. The memories are painful for her to live through again. Because she is an unreliable narrator and children see a lot of what they want to see, we get mostly a child’s view of the monstrous happenings in the household. While Merry talks very candidly about the events that tore her family apart and were filmed for live television, she admits that these were her memories, and things could be different.

“I sneak into your room when you are asleep, Merry-monkey. I’ve been doing it for weeks now, since the end of summer. You’re so pretty when you’re asleep. Last night, I pinched your nose shut until you opened your little mouth”

At the beginning of the story, Marjorie has been acting up. There is strain and tension between the children’s parents. When someone has a mental breakdown, that puts natural pressure on parents, they want what is best for their child. However, what is best differs significantly between Merry’s mother and father. Merry’s mother wants Marjorie to see psychiatrists and be put on medication, while Merry’s father wants Majorie to rely on the church and ask God for help.

As events progressed and the family suffered severe financial hardship, the family agreed to have Marjorie’s exorcism and the preceding psychological trauma that she was inflicting on herself and the household members to be televised. This pain will be televised.

“After your performed the exorcism, how did you know that demon wasn’t still in there, hiding? How do you know it didn’t go in a hibernation state, quieting down to come out later, years and years later when no one would be around to help? Hey, how do you know if the wrong spirit left? What if you expelled the person’s real spirit and only the demon’s spirit was there to take its place? If I believed in any of that stuff, I’d be afraid that was going to happen to me.”

It is a gross sort of consuming and voyeurism that the audience participates in, the blogger/reviewer/reader included. The cut-ins to the blogger’s critiques, which jarring, play an essential role in the narrative. What is truth? What is a ghost story? Merry does not speak the truth, the reality show does not speak the truth, and indeed, the conjecture of a random horror blogger doesn’t. So what the hell happened?

Everything could be true, or all of it could be a lie.

Beyond the terrifying scenes of vomit spewing like fountains and gore, what the hell is going on? I, as a reader, spent many pages screaming, “Please, someone, help this child.” But the only adults in the room seem to want to abuse her in different ways? Is abuse ok if you are trying to save this child’s mortal soul? Or is she faking the whole thing for attention? Is she mad, is she possessed? We shall never know.

“There’s nothing wrong with me, Merry. Only my bones want to grow through my skin like the growing things and pierce the world.”

A Head Full of Ghosts is all about perception. What is horror to one person is entertainment to another. What is psychological trauma to one person is trafficking in demons in another. At the heart of it is either a confused and terrified girl or a mastermind of manipulation. It is levels upon levels. Tremblay showed some serious skills crafting such a meta psychological story.

Also, A Head Full of Ghosts has terrifying visceral scenes. Terrifying! They are spread throughout the story like one would sprinkle salt on food. Tremblay never lets the reader relax or become numb to the gore. They are surprised on you like a popping balloon. He never lets you forget that, yes, this is a psychological story in a meta form, but he is also a damn fine gore writer and will scare the hell out of you.

I feel trapped by this story in an ethical and psychological spiral, one that can never be satiated. The story is done, the ending has happened, and no conclusion shall be found, which in itself is another kind of horror—ones of the mind, feelings, rationality, and spirit. We readers are dirty in our voyeurism and consumers shoveling the contents of Marjorie’s descent into madness into our minds page by page. If you read this, you will not be satisfied. But, this is a brilliant and compelling story. The ideas will cling onto you like a crusty barnacle that draws blood if you try and scrape it off. That in itself is worth the price of admission.

Was she or wasn’t she? We will never know, but damn is it an interesting book to read.