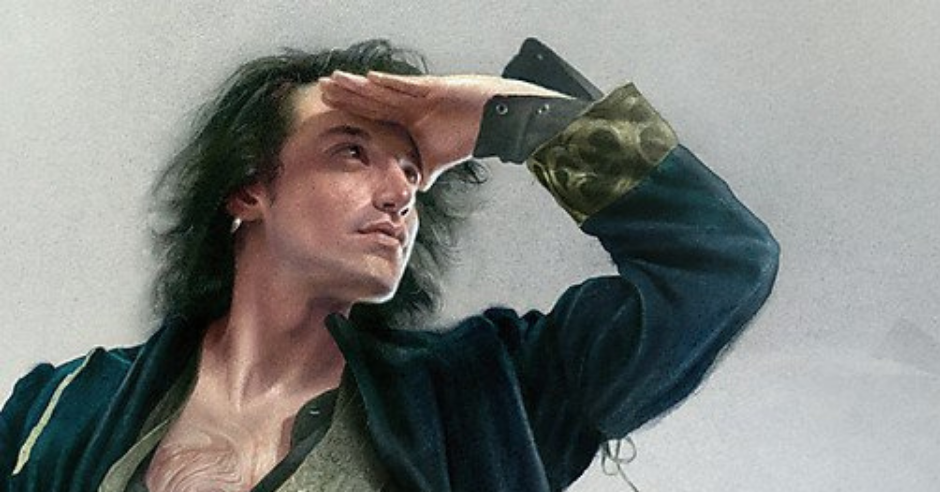 Review – The Revenge of Eli Monpress by Rachel Aaron

The revenge of eli monpress

But he’s a thief who has just seen his bounty topped and he’s not happy about it. The bounty topper, as it turns out, is his best friend and master swordsman, Josef. He’s been keeping secrets from Eli. Apparently, he’s the only prince of a rather feisty country, and he’s been ordered to come home to do his duty. This means throwing over personal ambitions like proving he’s the greatest swordsman who ever lived.

Family drama aside, Eli and Josef have their hands full. The Spirit Court has been usurped by the Council of Thrones and someone calling herself the Immortal Empress is staging a massive invasion. But it’s not just politics – the Immortal Empress has a specific target in mind: Eli Monpress, the greatest thief in the world.

This omnibus edition contains: THE SPIRIT WAR and SPIRIT’S END

Hello dear reader, I am back to regale you with my thoughts on the second volume of this wonderful series. If you read my review of volume one which comprises books 1 through 3, you’ll remember how much I loved it, and I am back to tell you how much more I adored books 4 and 5; as you can tell from my rating, it was a lot! Truly, it’s been nearly two weeks between the time I finished reading and the time that I’m writing this review, and I still grin like an idiot any time I think about it.

So let me try and tell you why.

While the first three books are of a more episodic/standalone nature, the last two entries in Aaron’s series span one continuous plot, making for 964 pages of uninterrupted fun, action, plot twists, and feels. Moreover, the tone changes a bit as well (something we’d already started feeling with book three granted) turning more serious than the utter lighthearted fun we were treated to with the first two books. Dare I say, Aaron nailed this progression perfectly! Her text maintained the same humor, lightness, and clever sprinkling of small details that hinted at big things, but this time the scale became grander, the stakes higher than ever, and there was a new darkness behind it all as all mysteries began to unravel properly. Eli and his friends are finally getting in over their heads, Miranda is as well, and yet they never lose spirit. Aaron’s character work is indeed one of the places where her writing shines the most, as her dialogues feel natural, with little passing comments that fill in those gaps in between plot advancing speech and exchanges, that are often overlooked. I think one the best aspects in all of Aaron’s protagonists in fact, is that they are all such vivid characters ready to jump off the page, by also being incredibly stubborn and when stuck between a rock and a hard place, they make their decisions out of pure spite to prove others wrong and/or personal conviction. And when their own trust in themselves wavers, the ones close to them hold them up until they can stand on their own again.

This in particular is something I will not be able to explain properly without spoilers, but it is perhaps my favorite thing in the whole series because in these two books we get so much more insight into Eli and Josef’s inner characters, as well as into their dynamic more specifically!! So let me try and put it this way. There is not a blind sort of faith in one another, where characters can see no wrong in the actions of others that they care about, nor are there instances where a character is argumentatively told to get over their issues and push forward because they are stronger than their insecurities/failings. But rather, there are several instances of characters metaphorically tripping and falling, and, depending on the situation at hand, their comrades either sit down in the mud with them and provide the silent comfort of just being there regardless, or they will pick them up in a way that says, I will support you because I know that you can get through this on your own, but until you can stand firm on your own two legs and see that for yourself, I will be here to help you without judgement. In turn, there is the beauty of characters understanding when they need the help and accepting it or asking for it. The utter delight in Eli when Josef begrudgingly begs the other for help, will stay with me forever, for many a reason.

I don’t know if I properly conveyed this, dear reader, but it really made me feel warm inside to read character dynamics like this. There are people in our lives who mean well but, in the end, their aggressive positivity or denial of an issue, doesn’t always help us. Sometimes we just want to sit in the mud or need to be helped quietly along until we’re ready to move forward on our own again. And other times we need to just get up and say I’m going to do this and have friends be there to say ok I’m coming with.

Moving on, the magic continues to be mesmerizing, with the living spirits still as fun and contributing to the plot in a way that gives a deeper dimension and background to everything. I also love that spirits and humans see the world differently and thus butt heads in how to deal with things, but ultimately issues can always be resolved through some smooth talking or with reasonable arguments.

Last thing I want to mention is the main villain. OH. BOY.

Although she makes occasional appearances in the first three books, she’s not really an active antagonist in the story until the second volume. Aaron however wove her in oh so well from the beginning because in lieu of what she is effectively, it makes sense that she would be deeply rooted in everything that goes on. I’d go so far as saying that when it comes down to it, she is absolutely and undoubtedly terrifying. She is so powerful and emotional but also cruel and manipulative in a way that is both incredibly subtle and glaringly obvious to those who have seen past her façade. It is something that the reader can feel from the very start of the series too, but then we get to see the moments when the individual characters crack her veneer, and it is so effective. Just a superb and multifaceted villain all around!

Ultimately, there are just so many things I loved in this series and in these last two books of it specifically, however I will wrap this up by saying: this book had everything I enjoy in a story and more. Realistic, vivid, intriguing, and varied characters; a wonderful magic system; enthralling action sequences; hilarious quips and antics; an overall warmth and lightheartedness to the story, without sacrificing depth and darkness. I chuckled, laughed full heartedly, gasped, and awwwed, there were even a few surprised nooooos and several deeply satisfied yesses. And all thanks to Aaron’s storytelling, the way she wove her characters with all the different quirks and traits, the magic world she built, and finally the utter satisfaction that came with how she wrapped up her story in a way that called back to the very beginning of this unforgettable adventure.

The Revenge of Eli Monpress certainly has earned a spot on my list of favorite endings ever, and the simple joy and deep chested laugh that it drew out of me in that last page still makes me smile wide. In short, I strongly recommend this book to everyone for it will fill you with genuine warmth and, at the very least, a subconsciously upturned mouth corner.