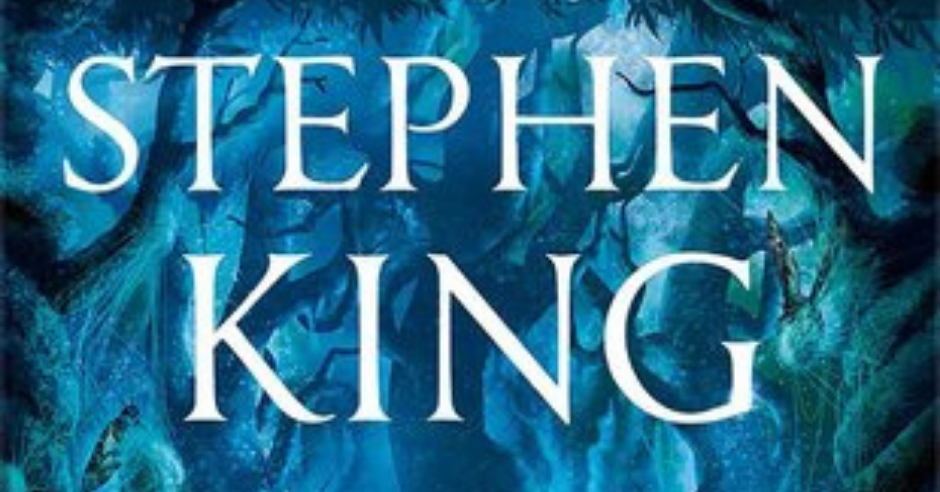 Sleeping Beauties is No Fairy Tale

by Stephen King and Owen King

“It makes no difference if you’re rich or poor Or if you’re smart or dumb. A woman’s place in this old world Is under some man’s thumb, And if you’re born a woman You’re born to be hurt. You’re born to be stepped on, Lied to, Cheated on, And treated like dirt. —Sandy Posey, “Born a Woman” Lyrics by Martha Sharp―

In a future so real and near it might be now, something happens when women go to sleep; they become shrouded in a cocoon-like gauze.

If they are awakened, and the gauze wrapping their bodies is disturbed or violated, the women become feral and spectacularly violent; and while they sleep they go to another place.

The men of our world are abandoned, left to their increasingly primal devices. One woman, however, the mysterious Evie, is immune to the blessing or curse of the sleeping disease.

Is Evie a medical anomaly to be studied, or is she a demon who must be slain?

Well no not really, I mean it is Stephen King. He is like pizza, even when it is bad it is still decent.

This is on a C grade or lower scale of Stephen King’s work. It is on par with The Cell, or pretty much anything he has written in the last ten years. There are plenty of fun references of nostalgia for King fans, the cat, and the Mercedes anyone? But, this novel falls flat.

First, let’s talk about the idea instead of the execution. The idea is an interesting one. Male and female and the duality it represents in life, society, and the universe. A big idea. All readers, being members of the human race, can understand and empathize with it. Here is when Stephen King starts to lose me though. The male/female idea. Men = warmongerers and female=caregivers and bringers of life are all well and good, but it is fantasy.

But, you say “it is a fantasy. It doesn’t have to be based on a real idea.” That may be true. But this story is based on reality, and from there it gets a bit fantastical. If the reality is off, the base of the story is off. I could never fully invest myself in this idea of men as warmongers and women as caregivers. It is too uncompromising. Life is much messier, and grayer than that distinction.

Society and people are much more nuanced.

You can’t boil women down to an idea and be serious about it.  I am not even talking gender politics or people who do not conform to a specific gender here. I am talking about women not being all flowery personifications of a fertility goddess. We can be bad, warmongering fools as well, just like some men are pacifists. I think the Kings tried to touch on that a little bit with the main setting of the novel being in a woman’s correctional facility. Women in the facility did bad things which is why they are in jail. Even in that, they are still genders, not people.

Secondly, there are no heroes in this story. Not all books need heroes, but in a story like this, I think a protagonist is necessary. I know literature..blah blah.. the human condition. But still, there are no true heroes or even likable characters in this story. All are horrifically flawed characters, who don’t get any redeeming moments. Even in that, it is flat. Life has redeeming moments, even for assholes. Show me that. Give me an asshole character, and a redeeming moment and I will cheer. Even if the character turns away and goes down another path at least give me that moment.

Thirdly, back to the idea. This is a huge idea told on a microscale. A global pandemic told from a tiny town by the tiny flawed inhabitants. Men have been found wanting, so they got their women taken from them. At this length, I think we could have had more. It doesn’t have to be World War Z, but give me a broader perspective. Give me something other than this town full of meth and horrible people.

“The snake said nothing in return. Snakes do not need to justify their behavior.”

To summarize, get it from the library or Goodwill to read and really only if you are a diehard King fan. It doesn’t even read like a King novel, but if you have a list and are aiming at completion then there you go. Otherwise, I would skip and read a King book that is awesome like Firestarter, Carrie, or The Shining

Review of Mile 81 by Stephen King