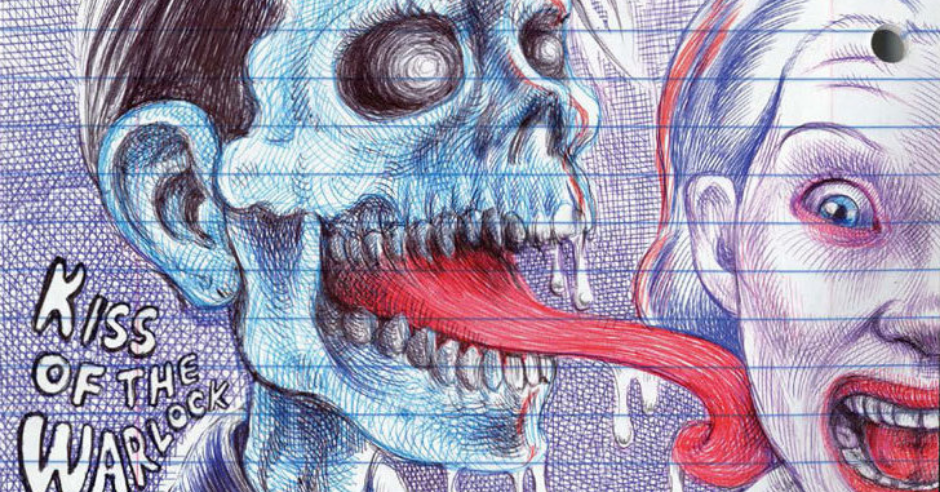 A Book Dazzling in Inception and Execution

“Never let anyone’s darkness provoke you into your own midnight.”
― Emil Harris

Set against the tumultuous political backdrop of late ’60s Chicago, My Favorite Thing Is Monsters is the fictional graphic diary of 10-year-old Karen Reyes, filled with B-movie horror and pulp monster magazines iconography. Karen Reyes tries to solve the murder of her enigmatic upstairs neighbor, Anka Silverberg, a holocaust survivor, while the interconnected stories of those around her unfold. When Karen’s investigation takes us back to Anka’s life in Nazi Germany, the reader discovers how the personal, the political, the past, and the present converge. Full-color illustrations throughout.

My Favorite Thing Is Monsters is the ultimate homage to the horror genre. It is a masterpiece. A visual kaleidoscope of images pulled from the mind of a horror aficionado who grew up obsessed and immersed in the genre.

Monsters infuse every page and intertwine with the story of 10-year-old Karen Reyes. Karen is growing up in 1968 Chicago journaling her sleuthing regarding the mystery of the death of her upstairs neighbor. We see the perspective of a wise 10-year old surrounded by characters that are not who they seem. What she uncovers moves the story from Chicago to Germany and back again. Nazis, love, violence, friendship, 1960’s counterculture – they are all here. Each character is detailed to perfection and captures the societal turmoil that was going on in the late 1960’s. To call this a simple coming of age novel would do it an injustice. This graphic novel is much more than that. Harris has seamlessly blended so much into one story: history, cultural commentary, humor, family, passion, and love. All of these elements are wound into a symphony of art and language. It is a graceful, poignant and exciting read.

I want more from her, I want to know more about the world in which Karen lives in. But most of all I want more of the art. I recommend this tome to anyone who wants to be riveted by a story and fall headfirst into monster art and the monster world.

It is worth the read.

Why These Seven Songs Should Be Graphic Novels

Because our kitchen is part of a basement apartment, it smells like the early impressionism of Vincent Van Gogh – all big strokes of umber and ochre – a peppery greasy I-love-you smell.”
― Emil Harris

is an American writer, cartoonist, and designer. Ferris debuted in publishing with her 2017 graphic novel My Favorite Thing Is Monsters. The novel tells a coming-of-age story of Karen Reyes, a girl growing in 1960s Chicago, and is written and drawn in the form of the character’s notebook. The graphic novel was praised as a “masterpiece” and one of the best comics by a new author.