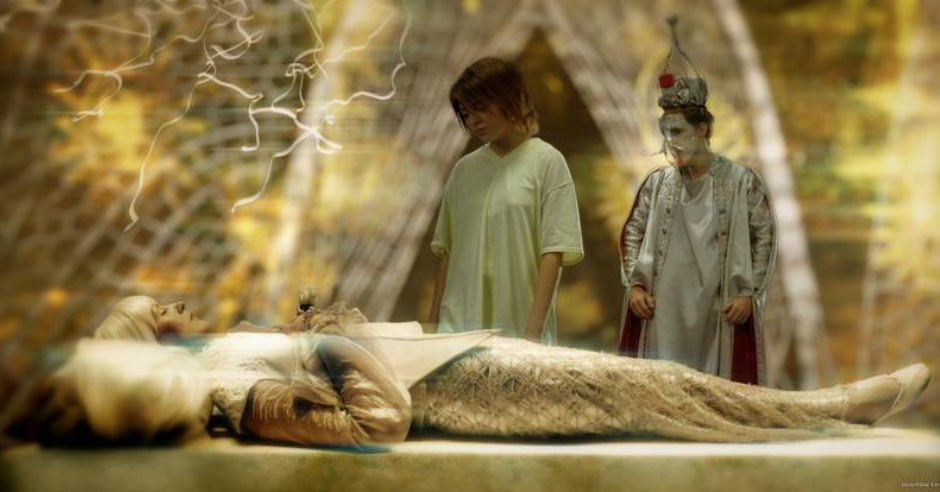 Helena is about to embark on a most amazing journey.

Raised in a family of circus performers, she’s always dreamed of leading a more ordinary life. But when haunting music draws her into a strange and magical realm, one where anything can happen, her real life is stolen by a runaway from the other side. Helena must rescue the realm from chaos in order to win back her own not-so-ordinary life.

MirrorMask is a breathtaking film written by bestselling author Neil Gaiman and brought to life through the vision of acclaimed artist and director Dave McKean. This original novella is Helena’s tale in her own voice, written by master storyteller Neil Gaiman and accompanied by original art by Dave McKean and images from the film; it is a stunning and magical journey.

Mirrormask’s protagonist Helena leads the life of most children’s dreams. She is born into a family of circus performers. Literally, the most wished-for dream aside from astronaut for most kids. Yet, Helena dreams of a more normal life. She and her mother get into an argument as kids do with their mothers and shortly thereafter Helena’s mother is hospitalized and is found to need surgery. Of course, Helena can only blame herself. That night Helena wakes into a fever dream of sorts where the fantastical and incredible come to life.

Originally Mirrormask was a movie written by Neil Gaiman and Dave McKean, and with the movies success, it was thus turned into a novel. It is surprisingly short at only 80 pages, however, the narrative of the story and visual descriptions pack a punch. Much like the movie, the book uses descriptive visual language to describe the dream atmosphere that Helena enters. It reminds me a lot of Labyrinth and Dark Crystal – Dark fantasy. All the imagery has a dark edge to it and not all is wonderful and sweet in the Mirrormask realm.

The book is great, especially if you enjoy Neil Gaiman and I do. It isn’t as good as the movie, but it is an enjoyable dark romp into the mirror realm.

Check Out Some of Our Other Stories

I listened to this on Scribd.

Neil Richard MacKinnon Gaiman born Neil Richard Gaiman, 10 November 1960)[4] is an English author of short fiction, novels, comic books, graphic novels, audio theatre, and films. His works include the comic book series The Sandman and novels Stardust, American Gods, Coraline, and The Graveyard Book. He has won numerous awards, including the Hugo, Nebula, and Bram Stoker awards, as well as the Newberyand Carnegie medals. He is the first author to win both the Newbery and the Carnegie medals for the same work, The Graveyard Book (2008). In 2013, The Ocean at the End of the Lane was voted Book of the Year in the British National Book Awards.