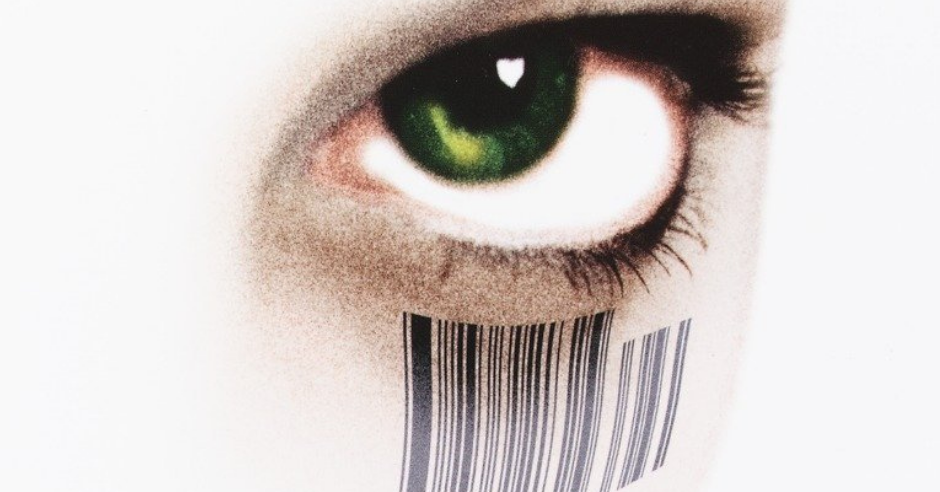 JENNIFER GOVERNMENT by Max Barry is a satirical anti-corporate dystopian science fiction novel. One that I put squarely within the cyberpunk category despite its relative lack of rain, neon, AI, or cybernetics. It is entirely driven by its powerful social satire and near-future-driven storytelling. 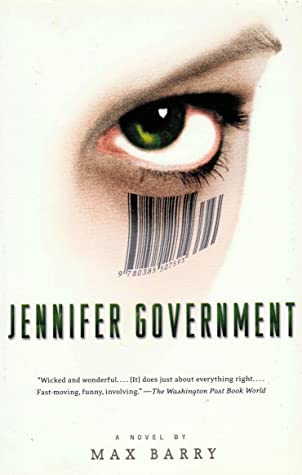 The premise is that in the future, corporations have been utterly liberated from government control. They no longer pay taxes and all services are privatized from the police to social services. Indeed, everyone’s surname is replaced with whatever corporation they’re presently working for. John Nike, Buy Mitsui, and so on. Jennifer Government is working for the last remnants of the US government that has a shadow of its former authority.

Already, it’s pretty obvious this is a deeply political book but its politics are pretty timeless and not related to recent events in the United States. Instead, its politics are the same as they were in 2003 when the book was first published. Specifically, its a critique of issues of privatization as well as unrestrained free-market capitalism. If that’s not the sort of thing you’d be interested in having dissected then Jennifer Government (as well as things like Bioshock) probably aren’t for you.

Things are already pretty bad for the world with the poverty in the United States and other USA-style economies in the world (by which we meant the parodic super-capitalist cyberpunk states) being out of control. Children are taught to believe that the poor should be left to die for their laziness and other charming ideas in school. However, a man named John Nike is bad even by the standards of the setting.

John Nike has a plan to drive the sales of Nike’s latest sneaker release up via a guerilla marketing campaign of having a bunch of children shot after they buy pairs. If there’s any further need to establish him as a monster and psychopath after this, he actually gets worse after doing so. However, John isn’t as competent as he thinks and his plan results in a ripple effect that has international implications.

Jennifer Government is an excellent protagonist as she struggles to try to take down John Nike and get enough funding to investigate the mass murder of children. She’s someone who used to work in the corporate world but has since tried to atone for her past mistakes. She’s also the mother of an adorable child that is one of the few innocents in the world.

John Nike and Jennifer Government aren’t the only protagonists, though. There’s the poor corporate schlub, Hack Nike, who wants to avoid hurting people but is intimately involved in a lot of horrible evils. Violet is a young computer programmer attached to Hack and willing to go to horrifying lengths to fix things. Claire likes Hack (for some reason) and is sisters with Violet. Buy is a stockbroker traumatized by giving a girl enough money to buy sneakers on the day of the aforementioned massacre. None of them except for Jennifer is particularly likable but provide a lot of insights into how this crazy world works.

In conclusion, this is a fantastic book but probably very much to your tastes in terms of politics. Its a ridiculous and dystopian world with a very anvilicious message but some anvils need to be dropped. It’s also still an enjoyable book. However, sometimes the protagonists can be infuriating as only Jennifer and John seem to have their heads on straight. Blame the McDonalds-run education system.