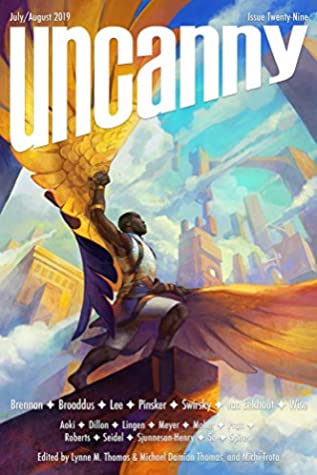 It Was a Good Trick

How The Trick Is Done

There is pain, of course, but by the time he died for good, it had become a habit for the Magician, and besides, the applause made it worthwhile. ―

AC Wise, How The Trick Is Done

There is a secret trick in reading “How The Trick Is Done” by A C Wise. The trick is to see past The Magician as just a flat character. And understand the abuse and narcissism that a figure like the unnamed Magician represents.

The tragedy of this well-crafted story is not the death of The Magician. All creatures die, some deserve it, some don’t. But in the immortal words of The Dixie Chicks, “Earl had to die, goodbye Earl.” The real tragedy is the love that is abused and neglected by The Magician. First, in the form of Meg, the assistant who loved The Magician and was cruelly cast aside. Meg committed suicide by jumping off of The Hoover Dam in her grief. Secondly, the stage rabbit. The Magician could not bother to learn the real name of. Thirdly is the stagehand who is constantly overlooked. Not all love has to or can be reciprocated; however, there is a certain caustic cruelness to The Magician. He is a man who can only see as far as the light that personally shines off of him. And, in that, others will get hurt.

“It’s not the Magician’s infidelity. Like the Magician himself, she’s grown used to that. The Magician could kiss hundreds, flirt with thousands, fuck every person he meets, and Angie wouldn’t care. The kiss means nothing to the Magician, and to Rory it means the world. That, Angie, can’t abide.”

Of course very few people making the claim, then or now, are telling the truth. Vegas is a city of illusion, and everyone likes feeling they’re in on the secret, understand how the trick is done, but very few do.―

AC Wise, How The Trick Is Done

Enter the resurrectionist, Angie. While the stage magic of The Magician is a created thing, Angie is the real deal. She is magic and able to resurrect those that have died, although it hurts her. What can Angie do to right The Magician’s wrongs?

“It’s getting harder to hold everything together, to want to hold it together—tell the bullet to stop, to cease to be once it’s inside the Magician’s skin, and tell the Magician’s blood to go. She sleeps eighteen hours a day, and it isn’t enough. Angie’s life has become an endless cycle—wake, eat, turn back death, applause that isn’t for her, sleep, repeat ad infinitum.”

“How The Trick Is Done” is a great story and worthy of its nomination.

How the Trick Is Done

I read the story online at uncanny magazine. 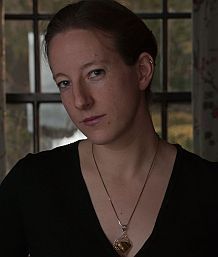 A.C. Wise’s fiction has appeared in publications such as Uncanny, Shimmer, and Tor.com, among other places. She had two collections published with Lethe Press, and a novella published by Broken Eye Books. Her work has won the Sunburst Award for Excellence in Canadian Literature of the Fantastic, as well as being a two-time Nebula finalist, a two-time Sunburst finalist, and a finalist for the Lambda Literary Award. In addition to her fiction, she contributes the Women to Read, and Non-Binary Authors to Read series to The Book Smugglers.